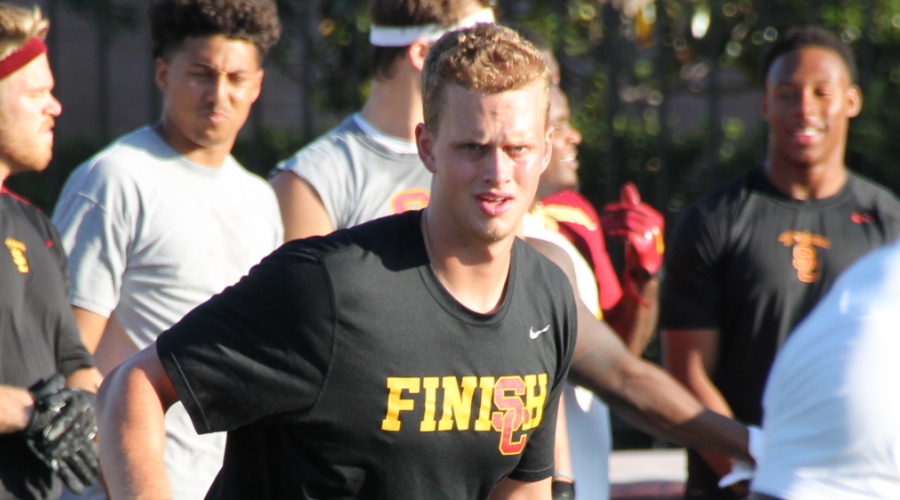 LOS ANGELES – If the rich baritone and golden-throated voice of famed ring announcer Michael Buffer is attendance on the first day of USC spring football practice, March 8, he’ll probably strut majestically through Goux Gate, walk directly to the center of Howard Jones/Brian Kennedy Field, and come to a complete stop.

In his trademark tuxedo, Buffer will then pause for theatrical dramatic effect, slowly turn his regal body towards returning Trojans quarterbacks Max Browne and Sam Darnold, and proceed to do what he does best – introduce the two competing quarterbacks like it was a 15-round heavyweight title bout.

Taking a deep breath, fans panting and anticipating his every word, Buffer will bellow,  “Fifteen days of competition, it’s the battle you’ve all been waiting for, the ultimate exchange between two prolific quarterback candidates, and a chance to follow in the cleats of some of the greatest USC quarterbacks to ever wear the cardinal and gold.

“Now, fans, it’s the moment you’ve all been waiting for; it’s time to meet the main competitors for the starting quarterback position at the University of Southern California…..