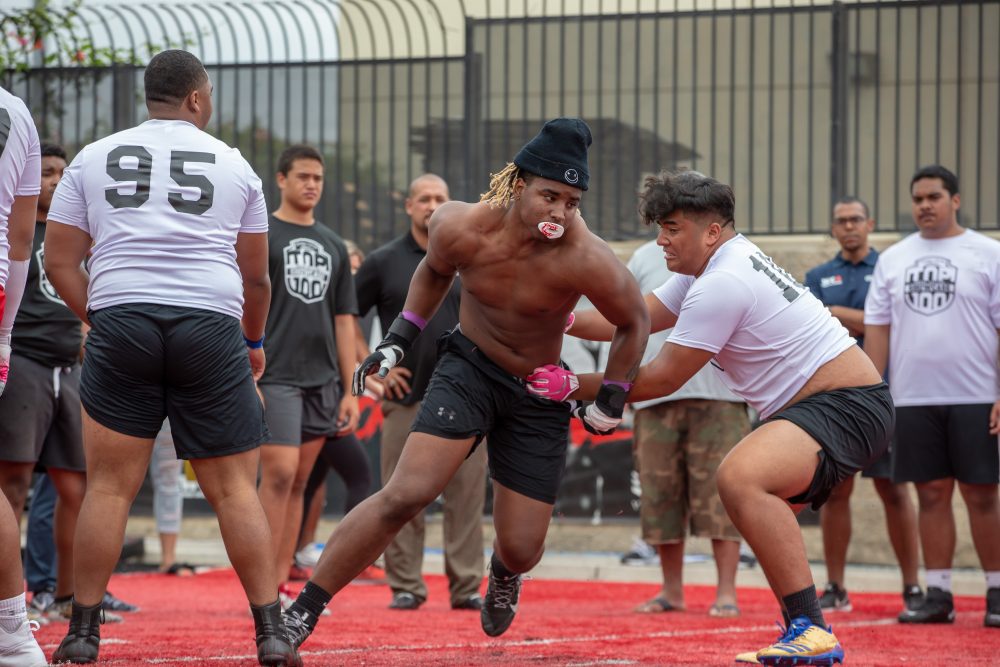 The two biggest gets in the 2021 class for the USC Trojans are officially on campus, with the arrival of No. 1 overall prospect Korey Foreman and top-50 prospect Raesjon Davis.

The two were major recruiting wins for the Trojans and have a chance to play as true freshmen this season. Foreman will undoubtedly see time at either outside linebacker or defensive end, bringing an advanced pass rushing arsenal for a true freshman. Davis can play outside or inside linebacker and has the athleticism to make contributions on defense or special teams pretty quickly.

Making the arrivals even sweeter for USC is the fact that at one point, Foreman was committed to Clemson and Davis to LSU, making it look like USC would miss out on getting either of the top two defensive players in the area.

Summer conditioning is underway for a USC team that has some major holes to fill, losing six heavy contributors to last year’s team to the NFL Draft and also seeing running backs Markese Stepp and Stephen Carr, and defensive linemen Connor Murphy, Caleb Tremblay and Jay Toia enter the transfer portal. The early enrollees in the 2021 class have already proven that this is a very talented group. Now the top two guys in the class are on campus and ready to take it to another level.