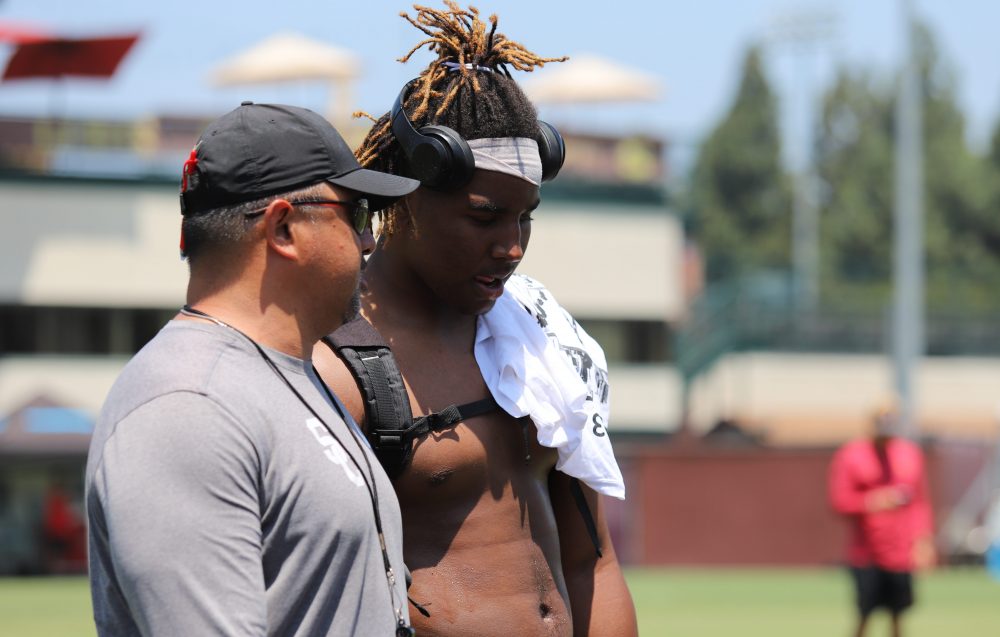 Top-five overall prospect and top USC defensive recruit Korey Foreman has backed off his Clemson pledge, in a move that could ultimately help the Trojans in their pursuit of the 6-foot-4, 265-pound defensive end.

The decommitment was reported by The Athletic’s Grace Raynor, and has been confirmed by multiple outlets.

Foreman (Corona, Calif./Centennial) is the nation’s No. 1 overall prospect according to Rivals, the No. 2 prospect on 247 Sports and the No. 3 prospect from ESPN, but he’s the No. 1 recruit in California and someone who ranks as a must-get for the Trojans if this new USC staff is going to stake a claim as the top recruiting group in the conference.

Foreman originally committed to Clemson in late January and appeared locked in with the Tigers. It continued a string of recruiting wins in the state for Dabo Swinney’s program, as Clemson landed big-time California quarterback DJ Uiagalelei in the 2020 class, and also grabbed a commitment from 2021 wide receiver Beaux Collins (Bellflower, Calif./St. John Bosco), Uiagalelei’s high school teammate.

Landing Foreman was a big win for Clemson on a national level, and helped build a Tigers’ class that also featured five other top-100 prospects.

But USC never stopped recruiting the talented defensive end, and the new defensive staff has turned up the heat. This decommitment reportedly has a lot to do with Foreman eventually wanting to take official visits and Clemson not allowing committed players to take visits to other schools. Clemson will remain very much in the mix for Foreman, but USC will absolutely try to capitalize on the hometown factor, as well as a connection with former teammates in defensive end Drake Jackson, wide receiver Gary Bryant, cornerback Jayden Williams and linebacker Tuasivi Nomura.

A true defensive end at this point, Foreman has the frame to add more weight and could grow into a natural fit in this new USC defensive scheme, where defensive linemen will be asked to move back and forth from a three-man to a four-man front. USC will use Jackson at both defensive end and outside linebacker this season, and Foreman will certainly be watching how effective his good friend is in this system.

Alabama, LSU, Ohio State and Oregon are a few other schools that could get in the mix, but just about every big program will at least come knocking to see if they can generate some interest.

USC spent this past offseason revamping their recruiting department and bringing in six new assistant coaches who are all big-time recruiters. The Trojans reeled in three new commitments this past week and are on pace to sign a top-five recruiting class in 2021. All of this coming on the heels of the lowest-ranked USC recruiting class in recent memory in 2020, when USC was limited in scholarship numbers but still managed to sign just two four-star prospects.

If USC can reel in Foreman, a player who was named the Defensive Line MVP as a junior at The Opening Finals, it would be a huge feather in the cap of defensive line coach Vic So’oto and the entire staff. It would also be the first time USC signed the top-ranked player in the state since the 2018 class, with Amon-Ra St. Brown.

So’oto was certainly pleased with the development.

While Foreman could eventually wind up back with Clemson, and will almost certainly take some time with his next commitment after taking visits, this news has to be seen as a big-time positive for USC.