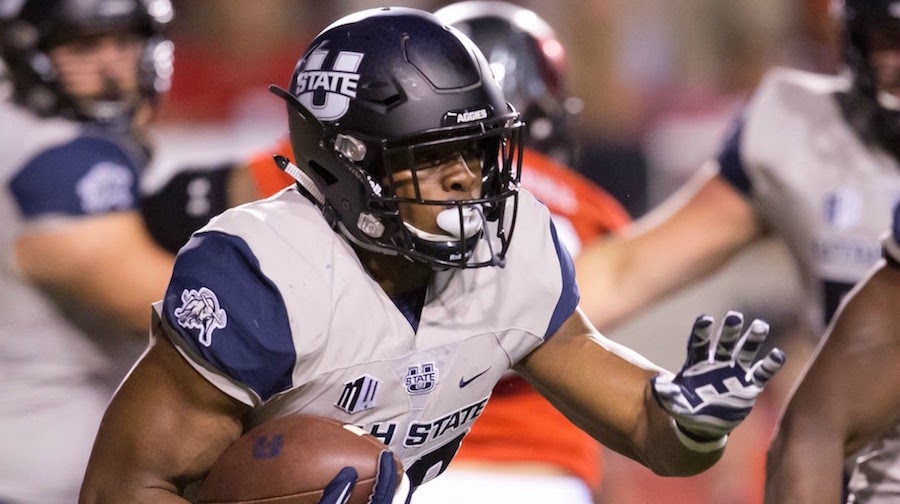 The Utah State Aggies are 1-0 after defeating FCS opponent Weber State last week 45-6, including 428 rushing yards (tied for national lead) and six touchdowns on the ground. USU also committed no turnovers in the game and gave up no sacks.

QB is Kent Meyers, a dual-threat player who has 11 wins as a starter and completed 11-17 passes last week for 100 yards.

The Aggies have three seniors starting on the offensive line.

The returning defensive starters are DB’s Jalen Davis and Devin Centers, along with DE Ricky Ali’ifua.

Utah State is coached by Matt Wells, in his 4th year with a record of 26-16. He has led the Aggies, who play in the Mountain West conference, to four straight bowl games (the school has been to 5 in a row).

USC holds a 5-0 series lead with the Aggies with an average margin of victory at 37 points, but the most recent meeting in 2013 was a close one with the Trojans winning 17-14.