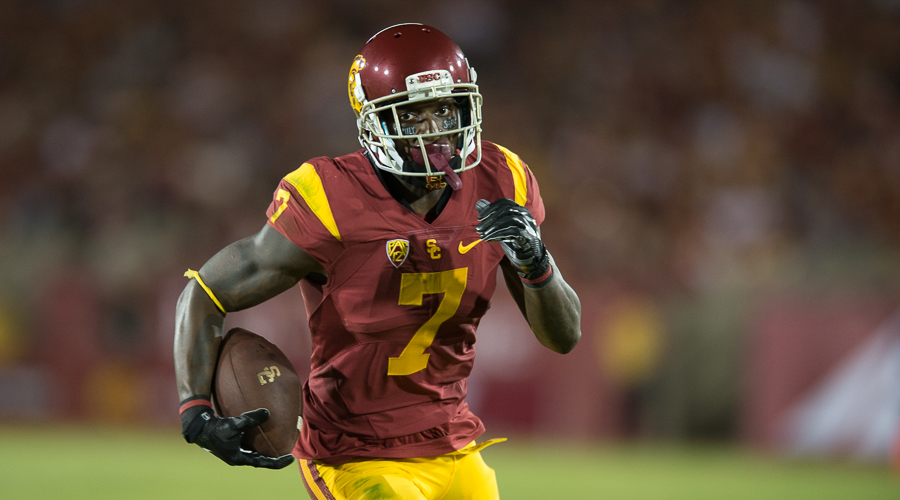 Redshirt-sophomore wide receiver Steven Mitchell Jr. is off to a solid start for USC, with 13 receptions — No. 2 on the team — for 126 yards and four touchdowns through the first four games. Considering he caught a total of just seven passes in all of 2014, it’s clear that his role within the offense has increased dramatically, but with a desire to do much more, he says that this is just a taste of what is yet to come.

“I can confidently say that you haven’t seen anything yet,” Mitchell said.

There is plenty of reason to believe him. Having fought his way back from a knee injury that forced him to miss the 2013 season, as well as a subsequent hernia, Mitchell had a stellar spring and has carried that same level of play into the fall. Providing glimpses in games of the same big-play ability and sure hands that he showcased as a highly touted recruit coming out of Mission Hills (Calif.) Bishop Alemany, he has also proven to be a well-rounded player.