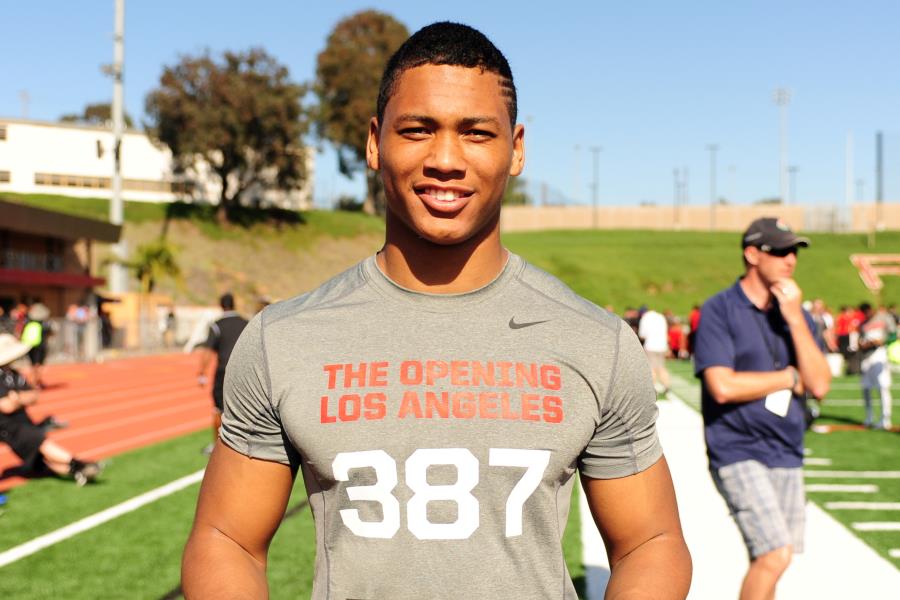 LOS ANGELES — It figured that when upwards of 400 talented high school football players gathered Sunday for the Nike Football Opening Regional Los Angeles at Redondo Beach (Calif.) Union High, there would be some blue chippers for the class of 2016 that would be as powerful and majestic as the nearby Pacific Ocean.

One such athlete in attendance was nationally acclaimed ESPN Junior 300 prospect and USC Trojans commit Mique Juarez (Torrance, Calif./North). While he’s listed by most scouting services as a dual-threat quarterback/linebacker, Juarez performed with the linebackers during this weekend’s competition.