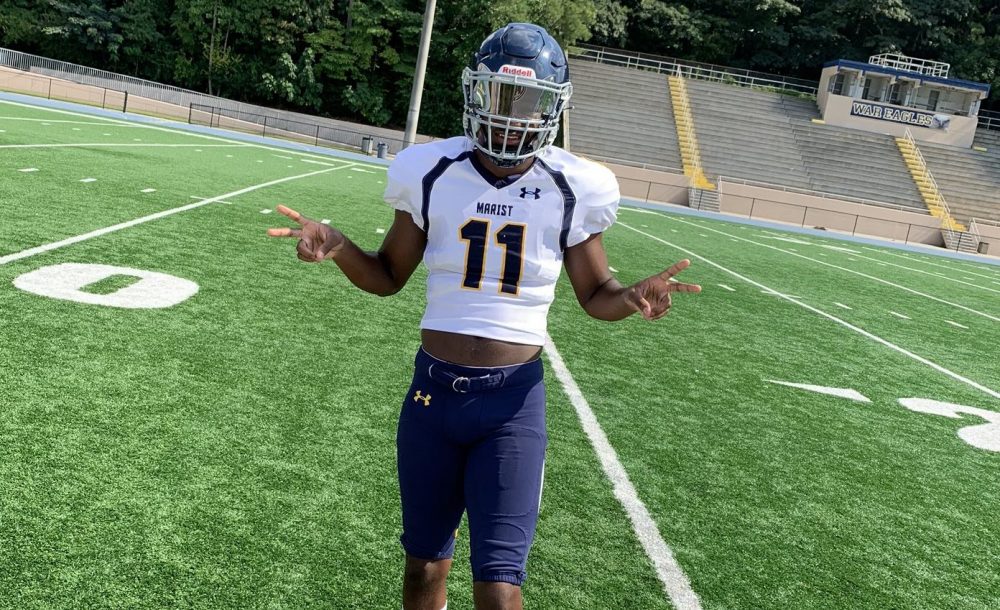 USC added a commitment from a wide receiver on Monday and lost one on Wednesday, as three-star prospect Josh Moore (Atlanta/Marist) announced he is opening up his recruitment.

USC’s wide receiver recruiting has seen some action over the past few days as the Trojans flipped four-star receiver Kyron Ware-Hudson (Santa Ana, Calif./Mater Dei) from Oregon. That commitment left Moore without a spot in this class, and the two-way standout will now begin the search for another program.

Moore had been a recruiting win for the Trojans, as he originally committed to Stanford to play safety. USC offered him a scholarship in early September and completed the flip in early October.

USC’s 2021 recruiting class is ranked No. 7 overall and No. 2 in the Pac-12, behind Oregon. The early signing period begins on December 16, when many of USC’s commitments will officially sign with the Trojans. There is likely to be more movement both with USC’s class as well as on the national recruiting scene leading up to that day and into early January, with some major commitments scheduled for the very beginning of 2021.