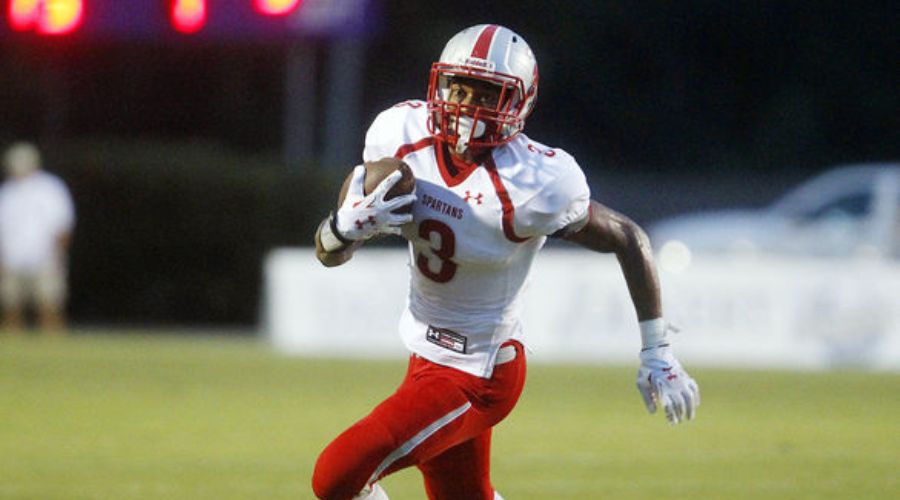 The Trojans landed another verbal commitment on Monday with the news that class of 2016 wide receiver Velus Jones has pledged to USC.

It was a commit that came as a surprise to most USC fans with so much attention paid to the dynamic group of local receivers at the position but Trojan receivers coach Tee Martin is originally from Mobile, Alabama and that’s where Jones is from as well, and the connection paid off with the explosive and polished prospect.

Jones (6-0, 175) led Saraland HS to the 6A state title game last year and was a first team All-State player after catching 51 passes for 1,118 yards and nine touchdowns. He’s known as a good route runner, strong ball skills and is a good blocker. In addition to the Trojans, Jones had also received offers from UCLA, Florida, Mississippi State, Louisville and others.

“There aren’t many universities like USC and when the Trojans come calling it’s a big deal for anyone,” Saraland coach Jeff Kelly told al.com. “It says something about the young man Velus is, not only an outstanding player but an outstanding character guy.”

Jones has yet to visit the USC campus but says he has plans to do so this summer.

The Trojans now have seven verbal commitments for the class of 2016.

Click here to watch highlights from Jones in his junior year.