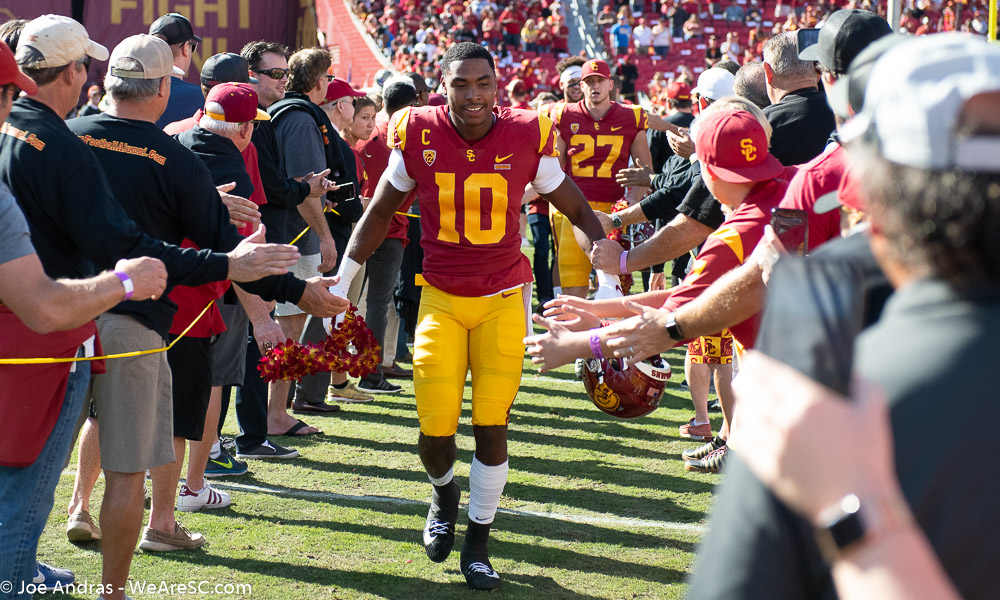 USC senior captain John Houston Jr.’s football journey will continue, as the linebacker has signed as an undrafted free agent with the Pittsburgh Steelers.

Houston led the Trojans with 104 tackles in 2019, adding 2.5 sacks and a fumble recovery. The 6-foot-3, 220-pounder was moved to middle linebacker this past season, as coaches relied on him to take over as captain of the defense following the departure of Cameron Smith. He finished his USC career with 271 total tackles, 12 pass deflections and an interception

Houston heads to a Steelers roster with two former Trojans on it already, in wide receiver Juju Smith-Schuster and offensive lineman Zach Banner. Houston, Banner and Smith-Schuster all played together at USC in the 2015 and 2016 seasons.

Heading into the draft, The Sporting News listed “linebacker” as one of the areas of need for the Steelers, saying Pittsburgh had only “four players to cover two inside linebacker spots.”

The Steelers took linebacker Alex Highsmith out of Charlotte in the third round, but Houston should have an opportunity in what won’t be a crowded linebacker room. He’s shown the ability to play inside or outside and will not have a problem adjusting to the next level when it comes to his personality or knowledge of the game.

The knock from fans on Houston during his time at USC dealt typically with his frame and his inability to become a big, physical run stuffer at middle linebacker. With so much emphasis being placed on speed, and the Steelers needing to match up in the division with the Baltimore Ravens, a team that continues to add speed all over its offense, looking at someone like Houston as a linebacker makes some sense.

Like fellow undrafted Trojans in defensive end Christian Rector and offensive tackle Drew Richmond, Houston might have been hurt by not receiving an invite to the NFL Combine and then not being able to perform at a USC Pro Day.