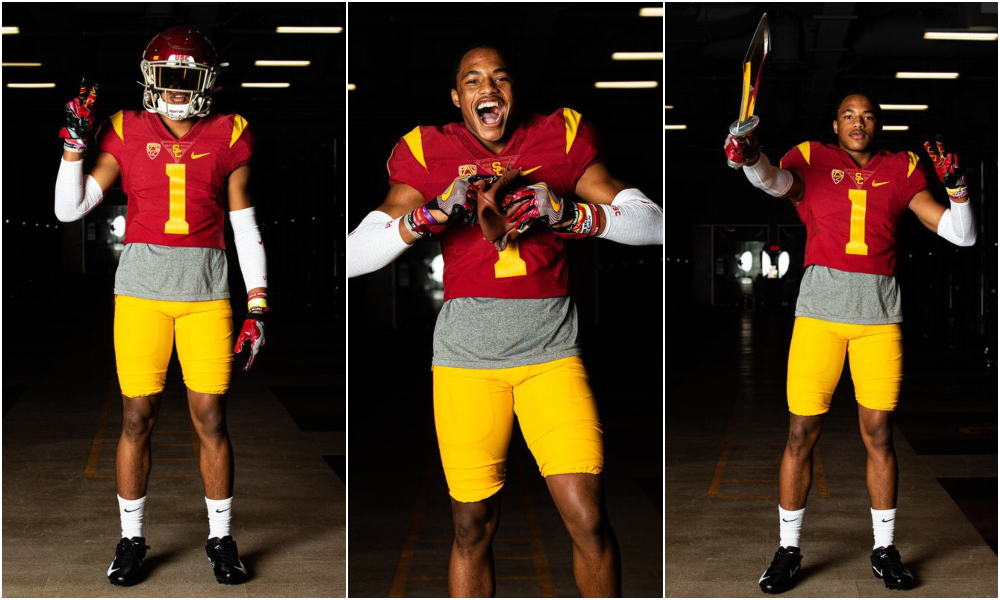 USC struck again on the recruiting trail, as the Trojans added a commitment from four-star athlete Jaylin Smith on Tuesday evening.

The 5-foot-11, 180-pound athlete is a two-way standout for Mission Hills (Calif.) Alemany, as a wide receiver and cornerback. He’ll play defense for the Trojans, as he looks like a perfect fit as a nickel corner.

He did a bit of everything for Alemany last season, as he caught 10 passes for 211 yards and two touchdowns, ran 14 times for 159 yards and two scores, and posted 60 tackles and two interceptions on defense.

Smith is an outstanding athlete and is always around the ball. He fits right in with this group of defensive backs USC is collecting in this class as he might not have one specific position in high school, but that versatility should help him at the next level both in the way he sees the field, as well as his pure athletic ability.

Smith is the nation’s No. 291 overall prospect and No. 20 athlete, and held offers from a number of big-time programs, including Alabama, Clemson, Michigan, Oregon, Texas, Washington and others. Smith was able to take an unofficial visit to USC, but he’s likely to take all five official visits even after making this commitment.

USC cornerbacks coach Donte Williams again played a huge role in landing a commitment for the Trojans, as Smith has a very solid relationship with him. The hope is that Smith is the first piece of a good group of cornerbacks, as four-stars Ceyair Wright (Los Angeles/Loyola) and Nathaniel Wiggins (Atlanta/Westlake) are still potential additions.

Smith is USC’s 17th commitment in the 2021 class and the eighth on the defensive side of the ball.