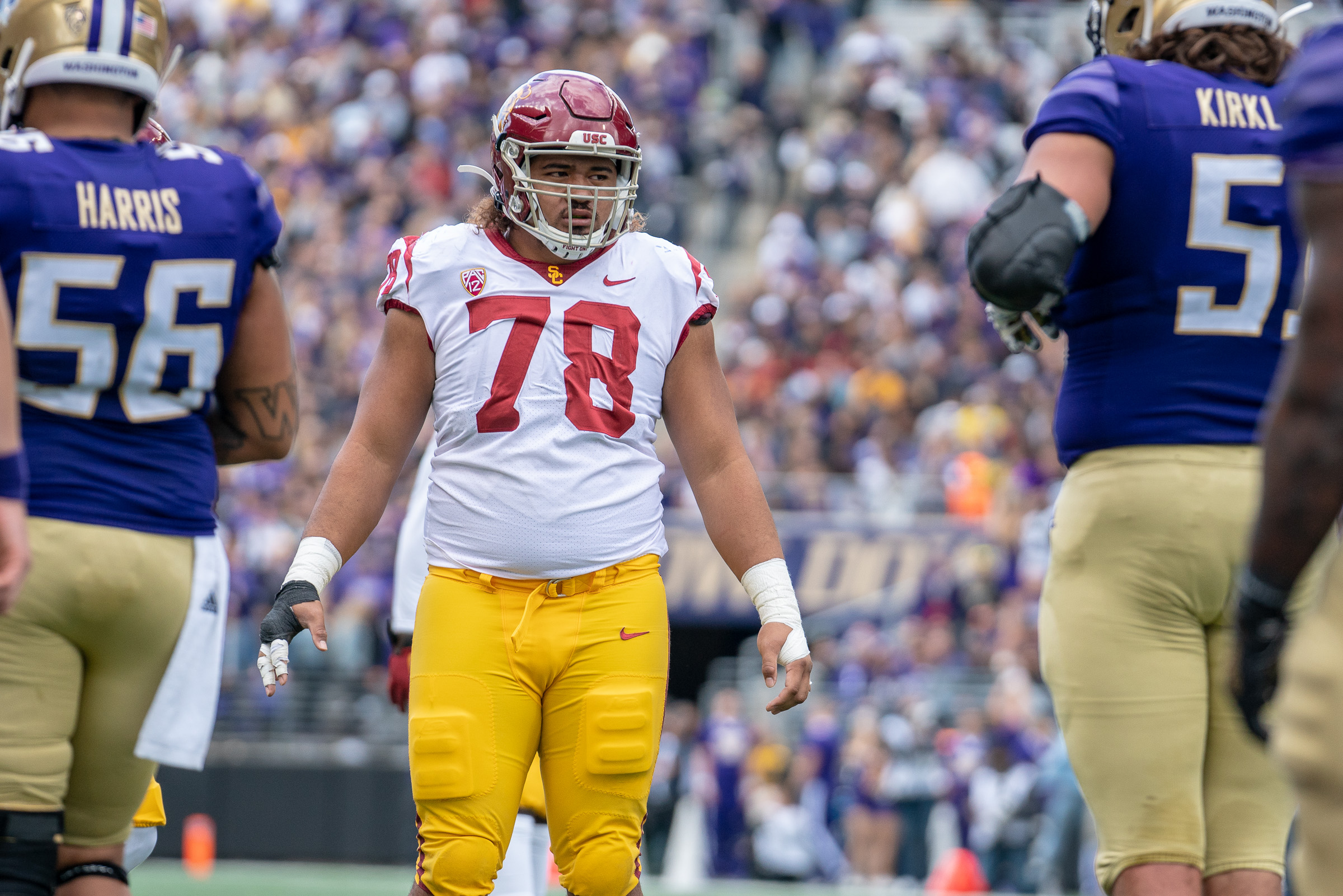 If the USC Trojans play football in the spring, they’ll do so without standout defensive tackle Jay Tufele, who announced Wednesday morning that he will opt out of any football season and make himself available for the 2021 NFL Draft.

“I want to think each and every one of you for being with me on this journey,” Tufele wrote in a statement addressed to his family, academic help, coaches and teammates. “When I reflect on my time at USC, I think of all the memorable interactions with you all that have helped me grow. USC and Los Angeles have forced me to stretch myself physically and mentally and I am forever thankful. I will always cherish the positive memories made.”

Tufele finishes his USC career with 65 tackles, 7.5 sacks, a blocked field goal and a fumble recovery for a touchdown. He was an All-Pac-12 First Team honoree following the 2019 season and a Second-Team selection following his redshirt freshman 2018 year.

“I have come to the point where it is time for me to do what is best for my career and family,” Tufele continued in his statement. “I have decided to opt out of the upcoming football season and declare for the 2021 NFL draft.”

Tufele was seen in virtually all mock drafts following the 2019 season as a late first-rounder, but he has not been listed there in mock drafts or prospect lists as consistently later this summer. 247Sports did have Tufele projected as the No. 25 selection in its mock draft in late July, but PFF does not currently have Tufele listed among its top 50 2021 NFL Draft prospects.

While he never piled up stats at USC, he’s clearly a player who generated respect from opponents and opposing coaches. So while the stats might not pop, his impact should be felt more as analysts and scouts dive further into his film study.

It was highly likely that Tufele was going to make himself available for the 2021 draft following this season, but his announcement is the first blow to any potential USC football season beginning in January or later. He’s one of several Trojans who could ultimately make this decision, with focus now shifting to offensive lineman Alijah Vera-Tucker, wide receiver Amon-Ra St. Brown and safety Talanoa Hufanga, and even wide receiver Tyler Vaughns.

Tufele’s departure leaves a massive hole in the middle of the Trojan defensive line as far as depth goes. There are still two solid options in the middle with Marlon Tuipulotu and Brandon Pili, but there is nothing but young, untested depth behind them.

Redshirt junior Nick Figueroa got a little time last year and has the ability to move inside or outside, though he is a bit undersized for the interior. Beyond him, it could be up to guys like redshirt sophomore Trevor Trout, redshirt freshmen De’jon Benton and Stanley Ta’ufo’ou and incoming freshmen Kobe Pepe and Jamar Sekona.

Tufele is now the latest in a long line of college standouts who have announced they won’t play this year, including likely first-round selections in Penn State’s Micah Parsons, Miami’s Gregory Rousseau, Purdue’s Rondale Moore, Minnesota’s Rashod Bateman, and others.