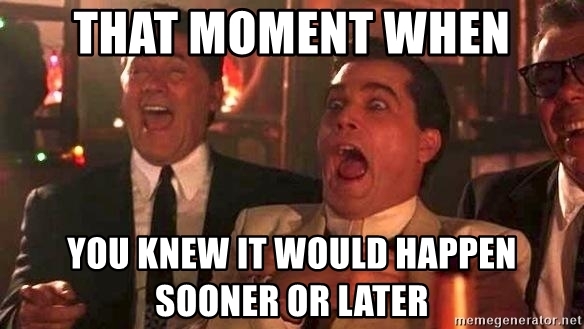 The reality: It wasn’t a question of if but when a USC football game would be cancelled due to COVID-19. To the credit of the Trojans health experts and football staff, it’s amazing the virus took as long as it did to finally penetrate the wall of protective cardinal and gold security. It finally fell apart last week when the Trojans had a growing number of players test positive for COVID-19 and a larger group forced to quarantine.

The reality – Part 2: To add to this sudden USC COVID-19 outbreak, not only was Saturday’s game with Colorado cancelled but next Friday night’s game against Washington State in the Coli is also now in some serious jeopardy. WSU has already missed their last two games because of COVID-19 issues. Such is the unpredictability of the college football world in which we live. And after this past weekend’s examples of COVID-19 cancellations (USC), upsets (Oregon), comebacks (Washington), and rescheduling (Colorado), the next two weeks of the Pac-12 season in both divisions is about as unpredictable and intriguing as it comes.

Now what: So, with a little foreshadowing in mind, if the Trojans win out the rest of the way and finish 5-0 – provided upcoming games with Washington State and at UCLA aren’t cancelled – the Men of Troy would win the South Division and advance to the Pac-12 title game – if that championship game isn’t cancelled, as well. Yes, the Trojans advance even if Colorado also wins out and finishes 4-0 because of specific tiebreaker rules.

Roasted Ducks: Three takeaways from Oregon State’s 41-38 North Division upset over the No. 15 Oregon Ducks (3-1, 3-1 Pac-12 North) on Friday night in foggy Corvallis. (1) Oregon’s loss obviously ends all discussion regarding the Pac-12 being an option for the College Football Playoffs semi-finals. (2) Because of cancellations and game results, it’s anybody’s guess who will now be in the Pac-12 title game from either division. (3) Oregon State head coach Jonathan Smith could be the next big thing in terms of hot coaching hires.

Roasted Ducks – Part 2: Jonathan Smith, the former local Glendora (Calif.) High star and former Beavers QB great, should be in the conversation when the Trojans job eventually opens. FYI, Smith is a Dennis Erickson (a member of the College Football Hall of Fame) protégé. Jonathan has significantly upgraded the Oregon State program to prove the Beavers can play with anybody in today’s Pac-12 Conference.

Perfect timing: In case you hadn’t noticed, the four teams that were removed from the original 2020 Trojans schedule (Alabama, Notre Dame, Oregon, Washington) now have a combined record 25-1 after this weekend’s games.

Chain of command: With the news that Alabama head coach Nick Saban had tested positive for COVID-19 and would not coach against Auburn in Saturday’s Iron Bowl, it brings up the question of who would be the interim head coach for the Trojans if Clay Helton tested COVID-19 positive against, say, UCLA? According to the USC football media guide and/or official roster, no coach on the Trojans’ staff is listed as an associate head coach.

Chain of command – Part 2: For the record – and many of you probably already know this – former Trojans head coach Steve Sarkisian was the interim Alabama head coach when the No. 1 Crimson Tide hosted rival Auburn in Saturday night’s Iron Bowl. And BTW, “Sark’s” Crimson Tide crushed Auburn 42-13.

Chain of command – Part 3: If you’re keeping score, Ohio State head coach Ryan Day also tested positive before the Buckeyes game at Illinois and was slated to not even make the trip to the Illini campus. However, it became a moot coaching point when the game was cancelled due to more reported COVID-19 cases on the OSU roster. For the record, Day’s replacement was scheduled to be Buckeyes assistant head coach/defensive line coach Larry Johnson.

The count: The Pac-12 has now cancelled eight games with three weeks to go.

Projection:  BowlSeason.com has released its preliminary matchup list of bowl games, and the site predicts the Trojans will play Nevada in the new LA Bowl on Dec. 30.

MVP: At the rate he is playing defensive tackle, it sure looks like junior Marlon Tuipulotu is a strong candidate for Pac-12 Defensive Player of the Year.

MIA: So how much stronger would the Trojans defensive line be if 2019 All-Pac-12 defensive tackle Jay Tufele had returned in 2020?

Bowling: With the high probability that the Pac-12 will not have a team in the CFP playoff semi-finals, attention must turn to the other bowl games. As for now, it looks like the Pac-12’s finest will be going to the Fiesta Bowl in the Phoenix area followed by the Alamo Bowl in San Antonio, Texas.

Who goes there: If anybody has a right to complain about absolutely no fans being allowed at Pac-12 games, it has to be the parents, brothers, and sisters of the players. Of course, with the way the virus is spreading, I don’t think I’d be too excited to attend a game in person.

Carve it up: Needless to say, this past Thanksgiving was one to remember or, frankly forget. Certain Clay Helton’s Trojans will certainly remember Turkey Day. Gentleman Clay said prior to Thanksgiving, “We’ll have a turkey dinner, but it will be individually packed up. It’s not your normal sit-down style dinner. I wish we could eat together as a family right now and the men could see their families, but in preparation for each and every game, we have to follow the protocols.”

The good doctor: When you have a legendary athletic program, it’s only natural that some of the non-athletes become recognizable figures. Such is the case with the recent passing of legendary Trojans team physician, Dr. Chester Semel. Anybody who followed Trojans football has heard the name Dr. Chester Semel, who was very visible from 1961 until 2017.

The good doctor – Part 2: In a tweet from former Trojans All-America quarterback Paul McDonald, “Doc Semel was a great Trojan! He took care of multiple generations of players! I used to love his ‘unathletic’ style of running on the field to care for us. He will be missed for his dedication to the health and well-being of every Trojan football player.”

Just wondering: One of the main areas that decides whether a coach is fired or remains hired is home game attendance. In the case of Pac-12 coaches, there is no attendance measurement in 2020 since fans are not allowed at games.

Great Scott: Every season, there is a player that seems buried on the depth chart and whose career looks like it’s going nowhere. For the 2020 Trojans, you have to have a spot in your heart for the unexpected appearance of sophomore linebacker/safety Raymond Scott, the former Harbor City (Calif.) Narbonne star whose career may have been resurrected by DC Todd Orlando’s gambling, blitzing defense.

Sunday, Nov 29
Utah at ASU (cancelled due to COVID)

Caller No. 1: Greg, is it nerve-racking as a writer when you don’t know if the Trojans are going to play a game or not? How does it affect your schedule?

Caller No. 1, hey, nice questions. Let’s use the recent Colorado cancellation. I had to have my O/NSO Colorado edition ready to go in case there was a game. Conversely, I had to have a backup column in case the game was cancelled. The backup column, with some adjustments, ran on Friday, placing the original column in the dustbin of journalistic history. The same is true with Sunday’s IMHO column. The actual game review column was replaced with this column. The good news is that I saw the Colorado cancellation coming when it was announced earlier in the week that a Trojan had tested positive and it was that player, who participated at Utah.

Caller No. 2: G-Kat, did you watch Oregon State’s upset of Oregon on Friday night? What did you think?

Caller No. 2, yes I did. I think that the Oregon State program right now is the best kept secret in the Pac-12. I have no doubt in my mind that had the Trojans had to play Oregon State as their out-of-division game, it would have been a war no matter where the game was played.

Caller No. 3: Greger, how do you think this COVID situation will affect any bowl game the Trojans may be invited to participate in?

Caller No. 3, I think the Trojans will be invited to a bowl game and will accept, but like games during the regular season, there’s no guarantee the bowl game doesn’t get cancelled due to COVID. You can bet there will not be the usual bowl activities where the teams go to restaurants, special events, and pregame luncheons.

Caller No. 4: GK, your opinion how this whole COVID situation affects USC recruiting at this point.

Caller No. 4, I don’t think much has changed – except recruits have had a chance to watch a sample size of games and come to their own opinion. On the positive side, the Trojans are still 3-0 and still in the catbird seat to win the Pac-12 South and advance to the conference title game in spite of the recent Colorado game cancellation. And you can bet that Trojan recruits have been made aware of the above.

Caller No. 5: Dr. Katz, don’t know where you live, but it’s really windy where I am at. Does the wind bug you like it gets to me?

Caller No. 5, wind is a curious weather issue. For me, the wind is annoying and can stir up the sinus issues. Nothing worse than a winter windchill factor. When the Trojans have played at Notre Dame in the past, it can get quite cold, but when the wind is blowing strong, that wind really can be cutting. Of course, when the Trojans have played in Arizona during the heat of September, the combination of the heat and the wind can be equally challenging. Actually, I love the wind – when I can watch it blow from the comforts of my living room and I am cozy inside.

The last word: Will Friday night’s Washington State at USC game be cancelled due to the Trojans COVID-19 situation? I’d say it’s highly likely at this point.