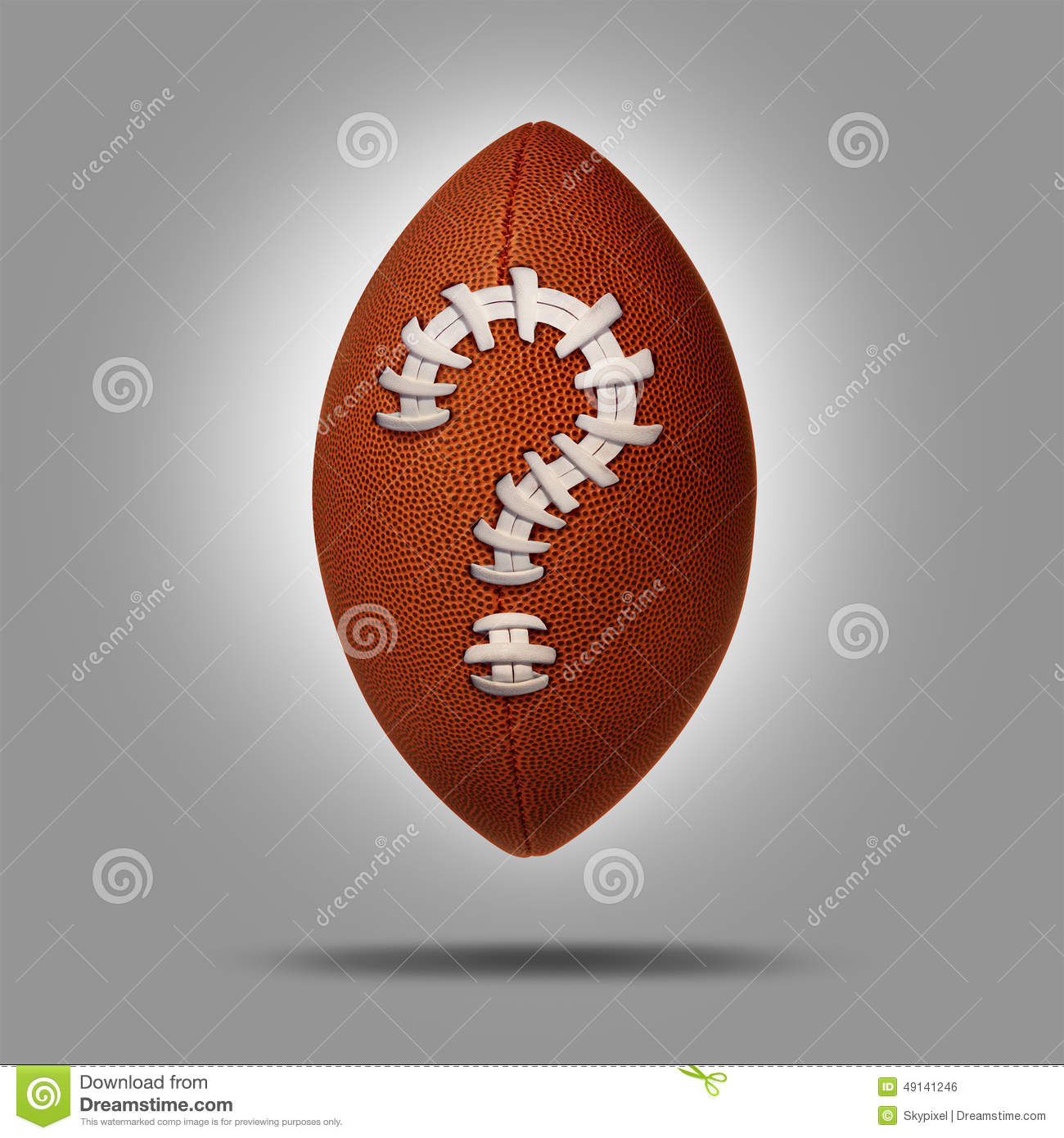 What happens now if – like the Pac-12 and the Big Ten – the rest of the Power Five Conferences elect to play conference games only in the fall? Does that mean there’s a stronger possibility of the College Football Playoffs being expanded from four to six or even eight teams (conference champions and at-large teams)? CFP executive director Bill Hancock has told ESPN that the playoff will be ready for “whatever comes down.”

According to the Pac-12, details on Conference-only schedules will be announced no later than July 31. What we do know is that Alabama, New Mexico, and Notre Dame are no longer part of the schedule. As for USC/Notre Dame, we’ll all survive missing one year of college football’s greatest intersectional rivalry. Until we meet again in 2021 in South Bend…

What happens now if you added Washington State and Oregon State to fill the 2020 schedule? One of those games would be played in the Coliseum, and one would be played on the road. Whatever cost for traveling to Pullman or Corvallis would replace what it would have cost to play Alabama in Arlington, Texas. It’s all about revenue, but without attendance it’s kind of a moot point.

What happens now to Clay Helton’s hot seat with the cancellation of the Alabama, New Mexico, and Notre Dame games? First, there will be no exhibition game victory over New Mexico. That being said, it’s possible there will now be even more Helton scrutiny because by subtracting the highly-ranked Crimson Tide and Irish, the Trojans will now be expected to go undefeated – with the possible exception of USC’s visit to Oregon and a probable rematch with the Duckies in the Pac-12 title game in Las Vegas… if there’s even a Pac-12 title game.

What happens now if during a game a player intentionally coughs, spits, or sneezes on an opponent? Does he get called for the new “Targeting”?

What happens now if both 2020 USC quarterbacks, Kedon Slovis and Matt Fink, are injured in the same game? Can you say Mo Hassan? Mo Hassan?

What happens now if a player sneaks his girlfriend into his dorm room and gets caught? Oy Veh.

What happens now if a player unintentionally gives a teammate a high-five after a great play in a conference game? Is he held out for a play, a series, a game?

What happens now if a player hugs his family after a game? Will the player lose his USC comp tickets privilege?

What happens now if a player doesn’t feel comfortable playing in 2020 because of the coronavirus, will he lose a year of eligibility? Well, according to the Pac-12, athletes’ scholarship agreements will be upheld even if players elect not to compete this year because of the pandemic. But what about eligibility?

What happens now if a player is caught not wearing a mask outside of a football event or is caught not adhering to social distancing? Will he receive a 14-day quarantine and miss games?

What happens now if the virus increases and no official recruiting visits on campus are allowed in the fall? Will the early signing day be pushed back?

What happens now when you consider:Millions and millions and millions of dollars are at stake to have a 2020 season not only for USC but the rest of D-1 football? Wouldn’t it be a no-brainer in the face of the coronavirus pandemic to suspend the 2020 fall sports season like the Ivy League in the best safety interest of student-athlete/staff and set sites on the 2021 season?

Another chance: If you are of the position that USC president Carol Folt made a major professional blunder in rehiring Clay Helton for another season when all corners of the USC universe pointed to evidence of needed change, how big a decision will it be when Carol is forced to address the current Trojans Alumni Clubs uprising over the edict to eliminate those aforementioned groups?

Another chance – Part 2: BTW, did Dr. Carol give her blessing to the original order to eliminate Trojans Alumni Clubs? If she did and can’t give a reasonable explanation, it could further tear apart the “Trojan Family” image. Piggybacked with the Clay Helton retention decision, this could be another verdict that could come back to haunt her.

The mask: How many students – if there are students walking the campus for a fall semester – will be wearing USC logo masks?

The effect: As we all know, one of the centers of USC student life is 28th Street, home of Troy’s Fraternity and Sorority Row. Will there be adherence to social distancing in that environment?

The waiting game: Has a replacement of Dr. Bartner been named or is the band already quarantined? BTW, that should be some sight watching social distancing for the band in the stands. At last check, no bands will be allowed on the field in 2020.

Collateral damage: How much of a financial loss will all those private parking lots surrounding the Coliseum take if there is no attendance for home USC football games this season? It could be significant since the Rams have gone to their new stadium in Inglewood for 2020.

Sign of the times: The National Junior College Athletic Association (NJCAA) Presidential Advisory Council has recommended that a majority of fall competition move to the spring semester of 2021. An official plan of action will be determined on Monday.

Rose Bowl Live!: These are virtual events streamed every Saturday on the Rose Bowl Stadium YouTube. Recent participants have included NFF Board Members and College Football Hall of Famers Ronnie Lott of the Trojans, Lincoln Kennedy (Washington); 2020 Hall of Fame electee Cade McNown (UCLA); and Hall of Famer, 1975 NFF National Scholar-Athlete John Sciarra (UCLA), and most recently Hall of Famer Vince Young (Texas). You can watch all the past episodes here.

Bigger ratings: You can imagine how big the rating could be for the 2020 CFP if the field is expanded to include the champions of all the Power 5 Conferences, which would mean larger Pac-12 and West Coast viewership. It would become truly a nationally followed tournament.

Caller No. 1: Sir, do you really think that the 2020 college football season could be moved to the spring if things don’t work out for the fall? Not at the present time. It’s a remote doomsday scenario, IMHO. If the season actually starts in late September and then along the way is suspended, you won’t see college football again until the fall of 2021.

Caller No. 2: Greg, since the Pac-12 has gone to a conference schedule only and the Trojans don’t play Alabama, New Mexico State, and Notre Dame, care to give a prediction on the overall Trojans record at the end of the regular season? The Trojans will be favored in every game with the probable exception of Oregon in Eugene. Leaving out the Pac-12 title game, the Trojans should have just one loss even if they pick up Oregon State and Washington State as replacements for Alabama and New Mexico State. If the Trojans fail to win the Pac-12 South, even Dr. Carol Folt will be forced to allow AD Bohn to find a Helton replacement. Then again, it could get down to the Trojans having to win the Pac-12 title game for Gentleman Clay.

Caller No. 3: Mr. Katz, who do you believe is the greatest middle linebacker you have seen in your 58 years of following Trojans football? Since you narrowed it to the middle linebacker position, that’s an easy question for me. Hands down, it’s Chris Claiborne, who is the only Trojan named as a Butkus Award winner (1998) as the nation’s top linebacker.

Caller No. 4: GK, you seem to be proud you’re an Alhambra (Calif) High grad. Are there any “Moors” that have played football at USC? Great question, Caller No. 4. Yes, there are a couple of former “Moors” that come to mind. The first that comes to mind is former 1930 All-America quarterback Orv Mohler. The other is former excellent tight end John Thomas (1963-65).

Caller No. 5: Greger, corned beef or pastrami? Now, this is one of the best questions yet. Now we’re talking. For me, there’s nothing like a good corned beef sandwich on a Kaiser roll at Canter’s Deli in the Fairfax area of Los Angeles. For me, pastrami is too salty and too fatty and too intense. I was once told to try a pastrami sandwich at Katz’s Deli in New York City. I gave it a try and wasn’t all that impressed. To me, Katz’s Deli food was overrated, but I enjoyed the experience.

The final word: Immediately after the announcement that the Trojans 2020 opener against powerful Alabama was canceled, Trojans standout wide receiver Amon-Ra St. Brown tweeted: “Oooooo, how I wanted Bama.” You have to love St. Brown’s competitive spirit, but deep down inside, do you really think that Clay Helton was expressing the same St. Brown sentiments?