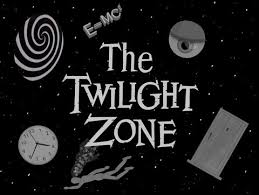 * Only in today’s upside-down world could the 2020 USC Trojans play their way into the College Football Playoffs (CFP) semi-final game and be assigned the 2021 Rose Bowl in a year when the Rose Parade has already been officially canceled?

* Only in today’s upside-down world is it possible that if USC played Georgia in a CFP semi-final or championship game the Bulldogs’ starting quarterback could be former Trojans’ quarterback JT Daniels, who was granted this week immediate transfer eligibility by the NCAA.

*Only in today’s upside-down world could USC athletic director Mike Bohn appear on local ESPN radio and say playing the 2020 season is “50-50 at best” and by the tone of his voice sound like the odds were much grimmer than the vocalized prediction.

* Only in today’s upside-down world and considering his rocky tenure as the Trojans’ head coach the past two seasons could Gentleman Clay Helton be fortunate enough to have the two biggest schedule heavyweights – with all due respect to Oregon – Alabama and Notre Dame removed from the 2020 Trojans’ schedule, thanks to the coronavirus.

* Only in today’s upside-down world could the Los Angeles Times reveal that Trojans head coach Clay Helton “earned more than $4.5 million from USC and its related organizations from July 1, 2018, to June 30, 2019, the first fiscal year following Helton’s five-year extension.” The raise was a significant increase from the 2017 earning of 3.2 million. The five-year contract extension – all guaranteed money – courtesy of former highly unqualified AD Lynn Swann, now sticks out like the “Hollywood” sign at night, especially after the last two seasons combined record of 13-12.

* Only in today’s upside-down world would we learn this past week from The Times that after Ohio State had clubbed USC, 24-7, in the 2017 Cotton Bowl, would Clay Helton be given a 2018 contract extension, which would increase his salary by 40%. Imagine getting a 40% raise, and then coaching next season’s team to a 5-7 record. Incredible and now we may better understand how much money Helton would have been paid if the Trojans had to buy him out of that five-year, guaranteed contract money.

BTW, it would be safe to say that Hot Seat Clay has the USC bank account/boosters by the short hairs or until USC President Carol Folt and athletic director Mike Bohn hold their nose, close their eyes, and have an eye to the future. Bohn especially must have rolled his eyes into the sticking position after reading over Helton’s five-year contract extention.

* Only in today’s upside-down world could the Trojans recruiting Class of 2021 be so highly ranked without having played a game in 2020. This is especially noteworthy considering they’re doing it – and not to belabor the point – with a new defensive coaching staff, coming off seasons with a combined 13-12 record, and last season’s deflating loss to Iowa in the Holiday Bowl.

* Only in today’s upside-down world could 2020 Coliseum home attendance not be a scrutinized issue since the public – thus far – won’t be allowed to view games inside the Grand Old Lady.

* Only in today’s upside-down world could Trojans’ season ticket holders be given the option of not attending Coli games this season but forwarding their ticket privileges to the 2021 season.

The update: The National Junior College Athletic Association last Monday approved a proposal to move its football season to the spring. The decision, approved by the NJCAA’s board of regents during an emergency board meeting, affects 54 football-playing members of its association, which is made up of 512 schools.

Transfer reality: This new junior college rule of moving the season to the spring probably won’t affect USC as much as it will other major programs. The Trojans have long moved past relying on community college transfers.

Transfer reality – Part 2: During the days of the John McKay era, community college transfers were a lifeblood to the program, and many of the Trojans most recognizable players came from the junior college ranks.

In memory: Former USC outside linebacker David Lewis, an All-Pac-8 first team selection in 1974, passed last Tuesday in Tampa, Fla. He was 65 and was in ill-health for some time.

In memory – Part 2: Former USC captain, All-Pac-8 linebacker, and WeAreSC.com columnist Kevin Bruce was touched by the passing of his former teammate. Regarding David Lewis, Kevin said, “He was a good guy. I’m saddened he’s gone now. I still don’t know how the ND returner held on to that football after David hit after AD’s runback.”

In memory – Part 3: As Kevin Bruce alluded, David Lewis will always be remembered for his memorable tackle in the second half of the legendary 1974 Comeback Game against Notre Dame. David made a monster hit of Irish kick returner Mark McLane at the 8-yard line after Anthony Davis had returned a kickoff for a touchdown. Below is a brief video highlight of that historic AD kickoff return and the ensuing David Lewis tackle.

Decision time: The California Interscholastic Federation (CIF), which includes the massive CIF Southern Section, is expected to announce on Monday the future of high school sports participation in California and how they’ll proceed with the 2020-21 sports season calendar. Most experts on the subject are suggesting that all CIF sections will not begin sports until January.

Decision time – Part 2: According to Rob Wigod, commissioner of the CIF Southern Section, and speaking on the local Fred Roggin/Rodney Peete radio show said, “I remember saying we could start the season on September 14 and finish by the end of December, and a month ago that was potentially possible. And we all know what has happened since then (COVID-19 cases locally have spiked), so some of those ideas have to be set aside, and we have to see how we can let time work for us and how can we see the next several months play out.”

Caller No. 1: Greg, what were your thoughts when you heard that the 2021 Rose Parade had been cancelled? Sadness. I have to admit that having lived in Southern California all my life, I have never attended the Rose Parade (too early in the morning to wake up). However, I was the public address announcer for the 1996 Rose Bowl Game (USC vs Northwestern). I will say not having the Rose Parade on New Year’s Day means Jan. 1, 2021, won’t be the same. Something will be missing, and it will be the Rose Parade.

Caller No. 2: Greggo, in one word, how would you describe the prospect of having a 2020 college football season? Fading.

Caller No. 3: Katz, your reaction to a recent coronavirus pandemic comment from former Trojans coach and current LSU head man Ed Orgeron, who said, “I don’t think we can take this away (the season) from our players, take this away from our state and our country. We need football. Football is the life blood of our country.” With all due respect to Coach O, the life blood of our country is literally life, and the virus threatens all of us – which places life way above football.

Caller No. 4: Mr. G, what do you think is going to happen with the CFP if the season is played? I think the CFP has to expand the playoffs, which I think I mentioned last week. I just don’t see any legitimacy in a playoff system that tries to name teams from conference-only schedules. It wouldn’t be hard to have a quarterfinal round a week before the semi-finals. As mentioned, just have automatic quarterfinal seeds from the champions of the conference title games and an independent. I think it has to be a six or eight team playoff, but I am probably preaching to the choir.

Caller No. 5: GK, if you could meet and have a foursome lunch with anybody in the history of the world, who would they be? Man, that’s kind of a deep question. Well, I’d like to have lunch with Abe Lincoln, Jesus, and my great grandfather. Lincoln because I’d like to find out how he got through the Civil War. I’d like to meet Jesus and ask him what he thinks of today’s world. Lastly, I’d like to meet my great grandfather to find out what his life was like in the old country (Russia) and what DNA traits he passed on to me.

The final word: Keep safe, keep others safe, and keep the faith.