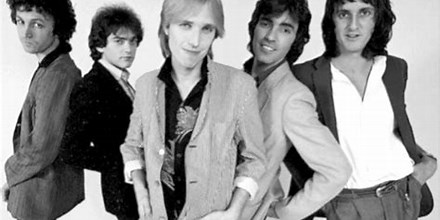 Almost here: You can debate or even argue the prospects for the 2019 USC Trojans’ season, but I’d bet most of us are actually relieved that USC’s 2019 football training camp is nearly upon us (Aug. 2) so we can shove all the administrative turmoil, lawsuits, and roster changes back in Pandora’s cardinal and gold box – at least for the time being. Training camp opens in less than three weeks and in the immortal words of the late, great rock and roller Tom Petty (photo above in the middle), “The waiting is the hardest part.” In fact, to get us started, let’s put some background music to today’s reading with Tom Petty and the Heartbreakers’ “The Waiting,” and don’t forget to enlarge your monitor to get the full effects. https://www.youtube.com/watch?v=uMyCa35_mOg

The positive: From all signs and accounts, the Trojans of Clay Helton are chomping at the bit to get things started, and strength and condition coach Aaron Ausmus is being credited with having made his presence felt, contributing to the “new look” Trojans – both physically and mentally. This could be the season that a Trojans’ strength and conditioning coach really does made a difference rather than the usual propaganda to promote a positive spin to an upcoming season.

Never forget: Needless to say, the returning 2019 Trojans are sick and tired of hearing about last season’s disastrous 5-7, no bowl game, and dire predictions for the upcoming season. They all remember the empty feeling following the final 24-17 loss to Notre Dame in the Coliseum, not to mention the previous week’s embarrassing 34-27 loss to UCLA in the Rose Bowl, a game that wasn’t as close as the score indicated. So, it’s a good thing that the Trojans both remember and want to forget last season.

The ultimate test: The question that has yet to be answered regarding the 2019 Trojans will be when adversity hits and the Men of Troy drop a game, likely in the early going of a difficult first 6 games of the upcoming schedule. Will Clay Helton’s troops get off the mat and demand of each other that they will not immediately return to the 2018 losing mindset? How will they react if things get difficult in the first half of the season?

The distraction: And then there is the “situation” regarding Trojans’ head coach Clay Helton. Is he really a changed head coach as he claimed during spring ball? Will he really allow new offensive coordinator Graham Harrell to actually not only run his offense but call a vast majority of the plays? How will Helton react if things get really dicey in those first 6 games? If history is any indicator, Helton will remain steady knowing that each game represents either a step to being retained or a step to being replaced. Helton knows it, the players know it, and the Trojans’ fan base knows it. But I know what you’re thinking, does Lynn Swann know it? All very intriguing.

Say it ain’t so: The Trojans announced this week that they’ve added non-conference home football games in the Coliseum against UC Davis in 2021, Nevada in 2023 and San Jose State in 2024. We were all forewarned of this impending scheduling stunner, but UC Davis? Really? And how much will that game ticket cost for local USC fans that have always looked forward to challenging games against the likes of an Alabama and Ohio State.

Say it ain’t so – Part 2: My cousin Steve, a UC Davis alum, couldn’t be more excited for a game against the Trojans, an athletic event that he never thought would happen. As for the Aggies, they’ll be the Trojans’ first-ever FCS opponent. FYI, the Aggies have won or shared 31 conference championships, including the 2018 Big Sky title when they advanced to the quarterfinals of the FCS playoffs.

Farewell to JR: Former players, friends, and fans of Trojans’ Hall of Fame football coach John Robinson, leaving SoCal to be a football consultant for LSU and Ed Orgeron, will honor Robbie on Saturday evening (6 pm – 9 pm), July 20, at 1 Oceancrest, Newport Coast, Calif. Hosted by Steve Craig, John Hamilton, Paul McDonald, Billy Skeffington, Mike Salmon, and Jay Brooks, the evening should be a great sendoff for the coach and his wife, Beverly. It’s an informal dinner and cocktails. RSVP (949-224-4126) by July 18. Names will need to be submitted to the security guard in order to gain access into the neighborhood.

Recognition: With the elimination of Salute to Troy, how will the Trojans honor the 1969 and 1994 teams? Whether it’s at the inaugural Coliseum Renovation scrimmage on Aug. 17 or the first home game against Fresno State, it should happen sooner rather than later. Given the choice, IMHO, the first home game would give these two teams the recognition they deserve.

The Wild Bunch: The 1969 team is one of John McKay’s most legendary teams because of the presence of the original Wild Bunch (All-Americans DE Jimmy Gunn and DT Al Cowlings, DT Tody Smith, NT Bubba Scott, DE Charlie Weaver, and let’s not forget DL Tony Terry). The offense was known as the Cardiac Kids for their penchant for pulling out games near the end of a game when it seemed that all else pointed to defeat. The offense featured QB Jimmy Jones, TB Clarence Davis, WRs Sam Dickerson and Bob Chandler, and offensive tackle Sid Smith. And let’s not forget clutch placekicker Ron Ayala.

More 1969 team: And let’s not also forget some of the other all-stars on the 1969 team, which included the likes of All-Pac-8 selections in OG Fred Khasigian and DB Tyrone Hudson. And a shout out to standout linebacker and team captain Bob Jensen, the old Anaheim Magnolia stud.

The Rose Bowl: The 1969 Trojans played in the 1970 Rose Bowl against Michigan, and the Wild Bunch and the Cardiac kids were on display, defeating the Wolverines 10-3. The Wild Bunch held Michigan to a field goal while the offense was able to conjure up a third quarter 33-yard touchdown pass from Jimmy Jones to Bob Chandler. Ron Ayala provided a field goal in the first half.

Remembering the 1994 Trojans: Here was a Trojans’ team coached by John Robinson that featured All-America offensive tackle Tony Boselli, wide receiver Keyshawn Johnson, quarterback Rob Johnson, and linebacker Jeff Kopp. This team deserves to be recognized for it crowning glory of the destruction of Texas Tech, 55-14, in the 1995 Cotton Bowl. Of course, it might be a little awkward if Coach John Robinson isn’t in attendance given that he has just taken a job with LSU.

A video tribute: For those needing a little refresher course regarding the 1994 Trojans, here are highlights of that 1995 Cotton Bowl: https://www.youtube.com/watch?v=fIt2OfPOiIQ

Scouting time: Some interesting “scouting” viewing this coming season will be when the Cal Bears host North Texas on Saturday, Sept. 14. The Trojans will be playing at BYU the same day, but if the Cal/North Texas game is played at night, it could make for some interesting inspection, especially knowing that the Trojans play Cal late in the season (Nov. 16) and Trojans’ OC Graham Harrell was last season’s North Texas offensive coordinator.

Request: The Pac-12 has sent out credential requests for Pac-12 Football Media Day on July 25, and believe me, it was a relief and distraction to send it in. No longer a two-day affair, it will be one long day of press conferences and interviews that will go from 8 a.m. to 6 p.m. The North Division coaches will get the morning slot and the South Division the afternoon schedule. Each university will feature its head coach and two players.

The trend: Stanford has been to USC what Kryptonite has been to Superman along the recruiting trail. The Cardinal have been the one school that can mostly counter all that USC has to offer, and history validates that fact. In this decade’s offensive line recruiting battles, the Trojans have lost out on former prep All-Americans Kyle Murphy (San Clemente, Calif./San Clemente HS) and Andrus Peat (Tempe, Arizona/Corona del Sol HS) to The Farm. Obviously losing both those players were hard to swallow and took its toll.

The last word: In case you missed it, here’s a drone’s video view of the Coliseum renovation in progress: https://wearesc.com/forum/index.php?threads/usc-coliseum-update.60706/