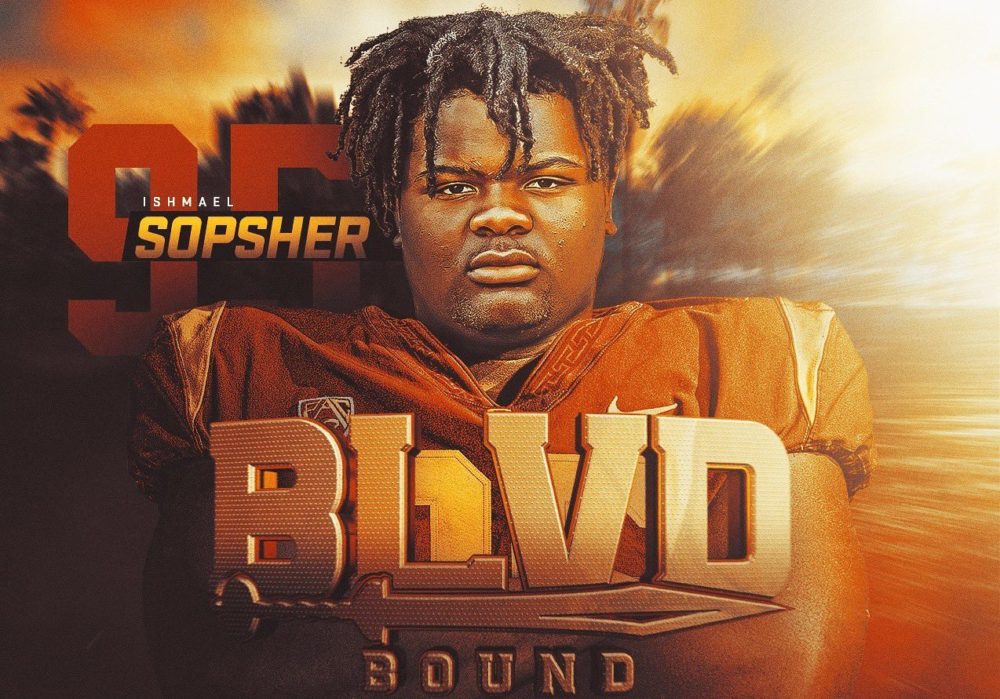 The transition: The NCAA Transfer Portal has grown in visibility to the point of now comparing transfer star rankings to original high school star rankings. The USC Trojans are no strangers to the celebrated Portal and have had their share of comings and goings. So, it’s of particular interest to see where those recent cardinal and gold players now rank in the NCAA Transfer Portal star solar system, according to 247 composite.

As noted above, the Trojans had no incoming portal transfer above a 3-star ranking but some of those players’ original high school rankings were of the 4-star variety.

The transition – Part 3: Because of the quantity of youth and inexperience along the offensive line – especially at left tackle – there was hope the Trojans could get some tackle help from the portal, but the Men of Troy lost in the initial 2021 portal transfer recruiting wars by coveted Wanya Morris (TR 4-star/HS 5-star/Tennessee to Oklahoma) and Doug Nester (TR 4-star/HS 4-star /Virginia Tech to West Virginia).

The transition – Part 4: As a word of caution, Trojans fans should not get overly excited when it comes to the transfer portal. If you recall, there was noise when the Trojans got offensive tackle grad transfer Drew Richmond (TR 3-star/HS 4-star) from Tennessee, who didn’t exactly raise the profile of the scrutinized 2019 USC offensive line.


The transition – Part 5: Each potential transfer’s resume has to be taken on a one-by-one basis. Some incoming transfers have slipped in their original school’s depth chart while others – like grad transfers – are looking to play right away to advance a better NFL draft profile.

The transition – Part 6: If you look at the recent CFP national championship contenders, you don’t see a whole lot of incoming portal transfers because their recruiting is so solid. Those contenders like Alabama and Clemson probably lose more players to the Portal more than they’ll ever gain.

The comparison: Because of the Trojans inability to string together large numbers of standout offensive line recruiting classes (4-stars or higher), I’ve been asked by my buddies why is this happening? IMHO, it’s rather simple. It isn’t exactly rocket science if you break it down.

The comparison – Part 2: Aside from the Trojans’ on-field performances and the current offensive system (Air Raid) and O-line coaching turnover (Tim Drevno), when it comes to attempting to close the deal on a 4-star or better offensive linemen by the head coach, you just have to look at the current battles between the Trojans and Oregon. Oregon’s head coach Mario Cristobal is both a former offensive lineman and respected O-line coach while Trojans’ head coach, Clay Helton, is a former quarterback and quarterback coach. Add each team’s recent success (Pac-12 titles), and you understand the offensive line challenges. The Trojans are hoping the addition of new O-line coach Clay McGuire will jumpstart a new offensive line era.

The comparison – Part 3: In talking about a coaching staff and successful O-line recruiting, just use the Pete Carroll USC model. The head coach (Carroll) was a genuine defensive guru, and in the early stages of his USC tenure, Carroll could not only sell defense, but his offensive coordinator and quarterback coach was the fabled Norm Chow, a former offensive lineman during his playing days, whose name excited the offensive line recruiting masses.

The comparison – Part 4: And in those early years when it came to Pete Carroll’s offensive line recruiting, the head coach also had a real winner in the highly personable and energetic Tim Davis. Davis was a real character, who brought heightened intensity and passion to his USC lines. Ah, those were the days, my friends.

Auditions: Since there won’t be an NFL combine in Indianapolis this spring due to the obvious (COVID), the USC Pro Day, a chance for USC football players to showcase their skills to NFL scouts, will take place on Wednesday, March 24.

Gaming the system: Both the Trojans and rival Notre Dame are part of a nine-school contingent that is not in partnership with the new EA Sports College Football video game. It’s all part of the new world of college sports and money being paid the parties.

Texas timing: Wow, had it really been nearly a whole week since the latest Texas related hiring? Not to worry. The Trojans announced this past week the hiring of John Bonney as a quality control analyst. Bonney, a native of Houston, played for the Texas Longhorns and former UT safety coach Craig Naivar back in 2017. Bonney actually played against the Trojans (four tackles) in the Coli when the Longhorns battled the Men of Troy in 2017, a game won by the cardinal and gold, 27-24, in double overtime, thanks to the foot of former placekicker Chase McGrath, now at Tennessee.

Keeping score: With the addition of John Bonney, the Trojans now have eight coaches, a graduate assistant, and two quality control analysts that have Texas roots, but who’s counting? It figures that Bonney will assist Trojans’ safety coach Craig Naivar with the safeties.

A question: If Clay Helton doesn’t last past the 2021 season, what happens with all these Texas connections, their contracts, and the wish list of a new head coach? Just asking.

A question – Part 2: There has to be a long-term plan by USC athletic director Mike Bohn as it pertains to all these new hires in the midst of the very real possibility of a future USC head coaching change, right?

Caller No. 1: Greg, more than anything else, what will it take for the Trojans football program to take the next step back into national championship contention?

Caller No. 1, you probably should be asking USC athletic director Mike Bohn and USC president Carol Folt this question since they hold the fate of current head coach Clay Helton. Does that answer your question?

Caller No. 2, first a tip of the old Trojan helmet to Fink, who has been the ultimate team player and don’t hold it against him for once entering the NCAA Transfer Portal. Matt knows that the physical body of Kedon Slovis has proven to be fragile, and his chances of playing during the season are great. This is a proven fact. I would imagine that Matt will start out as the No. 2 QB until OC Graham Harrell and HC Clay Helton believe that one or both of the incoming freshmen quarterback prodigies, Miller Moss and/or Jaxson Dart, are ready for actual game competition. The results of spring ball should lay the groundwork on the potential of Moss and Dart, but as we have seen in the past, Clay Helton has his own timetable since as the coach says he’s “a quarterback coach by trade.”

Caller No. 3: Kitty, what do you think of the Trojans 2021 non-conference schedule?

Caller No. 3, I think the non-conference schedule, San Jose State, BYU, and Notre Dame, should be very formidable. San Jose St. is coming off a tremendous season (7-1) as are BYU (11-1) and Notre Dame 10-2). Combined, the three universities were 28-4. The good news for the 2021 Trojans is that its games with SJS and BYU will be played in the Coli while the bad news is Notre Dame will be played in South Bend.

The Trojans should get by San Jose State, but Helton’s teams have a history of first-game shakes. BYU will apparently be breaking in a new quarterback, but the Cougars have been on a roll recently and defeated the Trojans the last time the two teams met in Provo in 2019. As for the 2021 Irish, they, too, will have a new QB, but they won’t be hurting from a talent point of view. Bottom line: The Trojans non-conference schedule will be challenging.

Caller No. 4, finally an easy question. I expect that Bru will live up to his considerable hype. The former Santa Ana (Calif.) Mater Dei All-American should be primed for an outstanding season based on the glimpses we saw in 2020. Now entrenched and relaxed from all the distractions and adjustments of his early trials and tribulations of USC to Texas and back to USC, things have slowed down quite a bit, and Bru’s comfort zone probably is the best it has been since his superstar MD days. In other words, I expect big things and a big impact from McCoy.

Caller No. 5: Gregorio, what did you get your girlfriend for Valentine’s Day?

Caller No. 5, that’s a good one. I got her a bobblehead doll of us from a high school formal dance we attended way back when (1969). Let’s see, I also got her pink silk pajamas with our pictures as teenagers all over the top and bottom parts. I also made her a giant chocolate chip cookie in the shape of a heart with red frosting outline with a cupid arrow and her name in white frosting. I know, touching, isn’t it? And finally, I got her a stuffed pillow with her head and face in a nurse’s outfit. She is a retired City of Hope nurse of 40-plus years.

The last word: UCLA announced this past week that it will play Alabama State (2022) and North Carolina Central (2023), two FCS teams. As you recall, USC athletic director Mike Bohn heard the cry of the masses and cancelled the FCS game against UC Davis and replaced it with San Jose State for the 2021 home opener. The Trojans still have never played an FCS school.