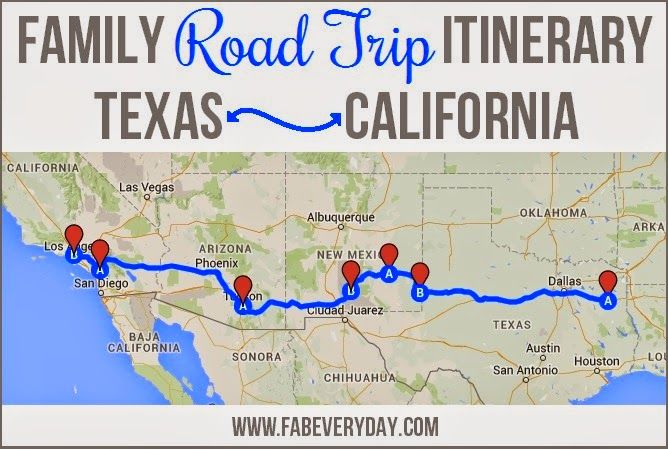 The Lone Star State: As long as the USC Trojans win the 2021 Pac-12 football title, nobody will care what offense is employed, what defense formations are designed, what special teams strategies used, and where Clay Helton’s coaching staff is from. Specifically, no one will be concerned that a Texas twang has become an intricate part of “Southern Cal’s” gridiron fortunes. Winning cures everything even if seventy percent of Clay Helton’s 10-man coaching staff is from the state of Texas.

The Lone Star State subtraction – Part 2: And for the record, only thirty percent of Helton’s staff is from Southern California, and they are WR coach Keary Colbert (Oxnard), DB coach Donte Williams (Culver City), and D-line coach Vic So’oto (Carlsbad). In totality, there are now so many Texas connections among the Trojans coaching staff, players, and support staff, it wouldn’t be surprising if Johnny Lee’s “Yellow Rose of Texas” or Marty Robbins’ “El Paso” or Glen Campbell’s “Galveston” aren’t played intermittently in the football wing of the John McKay Center while lunch is being served from Texas style Lucille’s Smokehouse Bar-B-Que.

The Lone Star State subtraction – Part 3: No truth, however, to the rumor that if Trojans offensive coordinator Graham Harrell departs, his replacement will be former Texas head coach Tom Herman. However, let’s take a look at the plethora of “Texas Trojans” or as some snarky Southwest onlookers refer to it simply as “The University of Texas at Southern Cal” and, please, let’s not bring up Vince Young.


The Lone Star State subtraction – Part 4: First, there is head coach Clay Helton, who hails from Sugar Land, Texas, where he attended Clements High School and after having attended Auburn played his college ball for his daddy, Kim Helton, at the University of Houston in 1993 and 1994.

The Lone Star State subtraction – Part 5: Then there is offensive coordinator Graham Harrell from Ennis, Texas, who attended Ennis High and then was a very accomplished quarterback at Texas Tech. He, too, played for his daddy, Sam Harrell, at Ennis.

The Lone Star State subtraction – Part 7: Moving on to safeties coach Craig Naivar, who is from Taylor, Texas, where he attended Taylor High and then moved on to Hardin-Simmons University in Abilene.

The Lone Star State subtraction – Part 8: Let’s not forget special teams coach Sean Snyder from Greenville, Texas, who attended Greenville High before moving out of state and eventually playing his college ball for his Hall of Fame daddy, Bill Snyder, at Kansas State.

The Lone Star State subtraction – Part 9: And former Texas State offensive line coach Clay McGuire, now the Trojans first-year O-line coach, who is from Crane, Texas, where he starred at Crane High before moving on to Texas Tech in Lubbock.

The Lone Star State further subtraction: Let’s not be remiss in recognizing the newest Texan in quality control offensive analyst Bryan Carrington, a native of Houston, Texas, and St. Pius X HS and the University of Houston.

Lone Star further subtraction – Part 3: On Saturday, the Trojans recruiting class of 2022 was rejoicing over the twitter announcement by 3-star Katy (Tex.) High inside linebacker Ty Kana that he would be wearing the cardinal and gold. Kana is a former Katy teammate of Trojans class of 2021 running back Brandon Campbell.

Lone Star State further subtraction – Part 4: And, respecting equal time, we didn’t forget the past Bru McCoy saga that had the former Mater Dei HS wide receiver great go from USC to Texas and back to USC. Happy now?

On the air: It was again a great honor and privilege this past Thursday evening to be on Coach Harvey Hyde’s highly popular Trojans Talk Show out of Las Vegas (KSHP-AM 1400 – 6 p.m.) and rebroadcasted on Saturday morning in the Inland Empire (KMET 1490 AM – 11 a.m.).

On the air – Part 2: If you missed either broadcast on KSHP or KMET, below is the Trojan Talk broadcast with your humble scribe in its entirety. Again we thank the coach and his sponsors for having WeAreSC.com staffers as periodic guests on his show:

Did you know: The father, Kevin Campbell, of incoming freshman running back Brandon Campbell (Houston, Texas) played basketball at Virginia, and Brandon’s mother ran track at Texas San Antonio, while his uncle, Rogerick Green, was a defensive back at Kansas State (1988-91) who played in the NFL with the Tampa Bay Buccaneers (1992, 1994) and Jacksonville Jaguars (1995).

In the genes: Incoming Trojans freshman corner Ceyair Wright has quite an athletic family. Ceyair’s father, Claudius Wright, was a corner at Arizona and then with the World League franchises of American Football Amsterdam (1996) and London (1997). Ceyair’s uncle, Mazio Royster, lettered at tailback at USC in 1990 and 1991 (he led the Trojans in rushing in 1990) and then played in the NFL with the Tampa Bay Buccaneers (1993-94).

In the genes – Part 2: Also part of Ceyair Wright’s genes are his cousin, Darick Holmes, who was a running back at Portland State and then in the NFL with the Buffalo Bills (1995-98), Green Bay Packers (1998) and Indianapolis Colts (1999).  Another cousin, Darnay Holmes, a former cornerback at UCLA (2017-19), is now with the New York Giants.

All in the family: Trojans’ grad transfer wide receiver KD Nixon, formerly of Colorado, has 13 brothers and sisters.

Welcome home: Former Trojans offensive lineman Toa Lobendahn has returned to Troy and will be an offensive graduate assistant. The backstory to this is that Toa’s dad, Vince Lobendahn, is a longtime high school and JC football coach in the area. To his credit and his son’s credit, Toa is one of the most respectful players I’ve covered in my many years with the cardinal and gold, a true gentleman who should make a fine coach in the future.

Taking a gamble: As many of you already know, former Trojans defensive lineman Connor Murphy has officially transferred to UNLV to continue his football career. For the record, the Rebels are coached by Marcus Arroyo, a former Oregon assistant, and last season UNLV finished 0-6 and that doesn’t include two games being cancelled.

A winning back: In case you needed to be reminded of former Trojans All-America tailback Ronald Jones, a vital member of the Super Bowl champion Tampa Bay Buccaneers, RJ finished his Trojans career ranked fifth on the Trojans’ all-time rushing list (3,619 yards) and set a USC freshman record with 987 rush yards in 2015, thus becoming just the second freshman in USC history to lead the team in rushing. Ronald posted a total of 14 100-yard games as a Trojan.

A winning back – Part 2: The Trojans have produced more Super Bowl winners than any other NCAA school.

In memory: Probably most of you don’t remember the name Wayne Nunnely, who died at 68 this past week. Wayne is a former player and head coach at UNLV, but earlier in his coaching life he was the running backs coach at USC (1991-92). However, I remember Wayne “The Train” Nunnely when he was a powerful high school fullback at local Monrovia (Calif.) High. Although I never knew him personally, I saw him during his prep days in the old Pacific League, which included my alma mater (Alhambra HS), and Wayne was really physical. RIP Train, you done good.

Caller No. 1: Greg, do you think that Trojans athletic director Mike Bohn has the passion and fire to make a change of head football coach if necessary and then hotly pursue top-notch candidates?

Caller No. 1, if you haven’t watched Trojans athletic director Mike Bohn’s recent fiery post-game address to the Trojans’ men’s basketball team after an impressive win over ASU, take a look below as one would hope the AD would have as much passion if he contemplates a head football coaching change and ensuing coaching search.

Caller No. 2: Greg, I was looking at the USC Athletic Hall of Fame list and I can’t believe that two-time All-America tackle Marvin Powell is not in the Trojans AHOF. And excuse me, Powell was also a three-time all-conference selection.

Caller No. 2, I think most Trojans that have followed the cardinal and gold for a long time can’t believe Marvin is not in the USC Hall of Fame over some with lesser credentials. To be honest, there are some in the HOF that I can’t believe got in the HOF, but I zip my lips. Nobody has gone on record to explain this gross injustice regarding Marvin Powell. Did Marvin excrete in somebody’s Wheaties?

Caller No. 3: GK, are you old enough to remember when local Arcadia (Calif.) High was a mini-USC feeder school?

Caller No. 3, unfortunately I am old enough to remember when the Apaches were adding to USC rosters. I remember the names of offensive linemen Bruce Matthews and John Schumacher, punter Jim Lucas, and DE/LB Sultan Abdul-Malik.

Caller No. 4: G-Kat, do you recall a Wilmington Banning High School football player named Michael Alo, who was a Trojan?

Caller No. 4, Michael Alo (6-0, 220) was a fullback legend in Southern California for the Wilmington Banning Pilots under former head coach Chris Ferragamo. Michael was the Jerome Bettis of high school football in SoCal that 1980 season. Playing in the I-formation veer option alongside tailback Danny Andrews (UCLA) and quarterback Ronnie Barber, they were as good as it gets. Unfortunately, due to a neck injury, Alo never played a down at USC, but he won’t be forgotten in terms of being a SoCal prep immortal. Sadly in 2017, Michael, the 1980 National Player of the Year, passed at the young age of 53-year-old from complications of diabetes.

Caller No. 5: Gregorio, at a social gathering or party, would you rather have a fast dance or a slow dance and what were those songs?

Caller No. 5, is there really anybody out there that wouldn’t want to have a slow dance with a hot flame? When I was a teenager (was I really ever a teenager?), there were always complaints there weren’t enough slow dances. My personal, bear hugging slow songs were: Theme from a Summer Place (Percy Faith), Surfer Girl (Beach Boys), Image of a Girl (Safaris), Crystal Ship (Doors), Can’t Help Falling in Love With You (Elvis), Unchained Melody (Righteous Brothers), and Today (Jefferson Airplane). Below are some of my slow dance choices on videos, so what are yours?

The last word: Has there been another Texas connection hiring since you began reading this column?