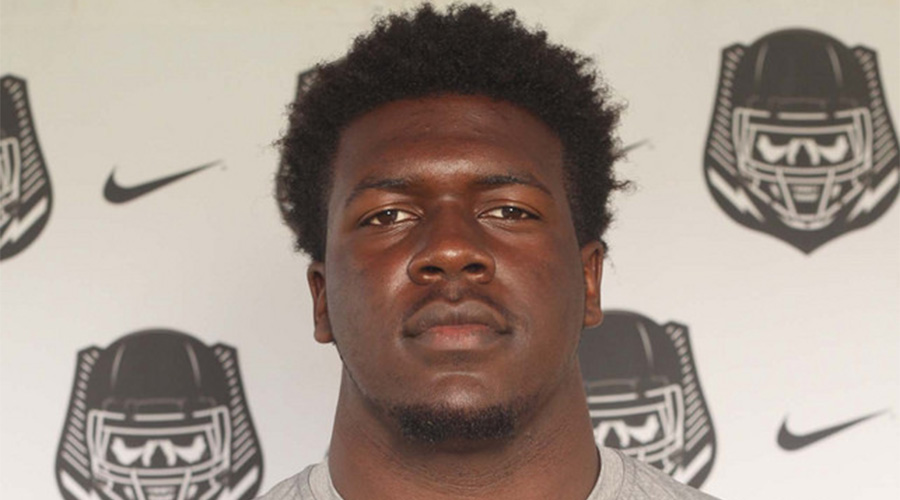 Tie-breaker: Well, if you can’t decide whether to root for Carson or Ryan, maybe the fact that former Trojans defensive end Frostee Rucker who also plays for Arizona will swing your vote.

Good news: Whether Arizona or Carolina wins, there will be a Trojan(s) in Super Bowl 50.

Enquiring minds: Certainly there is a reasonable explanation why Kenechi Udeze hasn’t already been announced as defensive line coach. Clay Helton said he hoped to have a D-line coach in place by last Wednesday, yet there has been no official announcement. However, there are photos of BKU in USC garb on cross-country recruiting engagements along with Clay Helton and Clancy Pendergast. Where’s Sherlock Holmes when we need’em?

Enquiring minds – Part 2: And, no, I don’t think something sinister is going on, but it does leave one scratching one’s head.

We shall return: There seems to be some growing concern that in the coaching return of former Lane Kiffin assistants Clancy Pendergast, John Baxter, Tommie Robinson along with head coach Clay Helton, it will be 2013 déjà vu. Not so fast, my friends. These are good, solid assistants and the biggest difference from 2013 is that Lane Kiffin isn’t the head coach and Clay Helton is, or have you forgotten how positive that staff worked together under interim head coach Ed Orgeron?

MIA: Of course, the missing piece to the return of the solid 2013 staff is the interim head coach and defensive line coach Ed Orgeron, who has elected to stay at LSU for various rumored reasons.

Cold feet Game: The Trojans suffered a recruiting disappointment on Saturday when defensive tackle Keyshon Camp (Lakeland, Fla./Gibson) announced he was decommiting from his USC pledge. What it means is that we’re really getting close to letter of intent day, and players from faraway regions are forced to examine their inner feelings of leaving home and traveling across the country.

IMHO: Michigan head coach Jim Harbaugh had to be feeling a little uneasy with all the glowing reports about No. 1 ranked defensive tackle Rashan Gary’s official visit to USC, especially coming from Gary’s mother. However, I still think he’s Michigan’s to lose despite the Trojans best efforts and further supported by his recent unofficial visit back to Ann Arbor after his USC official visit.

The sandman: This business of Michigan’s Jim Harbaugh sleeping overnight at a recruit’s house sounds a little creepy to me. If Clay Helton did the same thing, the NCAA would probably be all over it.

Bon voyage: Trojans tight end Conner Spears announced through his Twitter site that he is retiring from football and will not be with the cardinal and gold in 2016. A bright spot during last spring practice, that glow, for whatever reason, didn’t translate into the regular season.

Guess who’s here: The surprise of this weekend’s recruiting guests was the visit by Kongbo, who has his pick of the litter. The Trojans are in a dogfight for this kid and one of his other pursuers is Alabama. So how uncomfortable would that be to have to play against this native Canadian?

Connecting dots: As for the recruiting visit by Jachai Polite (above photo), J.P. hails from the same high school that produced Trojans All-America defensive tackle Leonard Williams and current linebacker Quinton Powell. Committed to Florida, you can bet that “some former Mainland alumni” will be pushing hard for the Trojans? Wonder who that could be? Duh.

Pac-12 South forecast – Part 2: Regarding the Trojans offense, Athlon says, “Helton wants the offense to be physical and establish the run, and the pieces are in place in the backfield with the return of Ronald Jones and Justin Davis. The offensive line should be one of the best in the Pac-12. Max Browne and Sam Darnold will battle this spring to replace Cody Kessler, but regardless of who wins the starting nod, expect to see plenty of passes in JuJu Smith-Schuster’s direction.”

Pac-12 South forecast – Part 3: Regarding the Trojans defense, Athlon says, “Clancy Pendergast returns after a two-year stint in the NFL to coordinate USC’s defense, and the veteran signal-caller has work to do in the trenches with the departure of Delvon Simmons, Claude Pelon, Antwaun Woods and Greg Townsend. Additionally, linebacker Su’a Cravens left early for the NFL. The secondary is the strength of USC’s defense in 2016.”

Go home: There has been heavy sentiment in the media that the Los Angeles or San Diego Chargers remain in San Diego. The Times columnist Bill Plaschke really hammered on the Chargers to stay in San Diego. I can’t recall when a column of this nature was so direct and searing. I am not at all disagreeing with “Gentleman Bill”, but he really slammed home his point. However, you can bet the Raiders will be knocking on the door immediately if the Chargers don’t follow Plaschke’s advice.

Go home – Part 2: From a Trojans perspective, a second team NFL team in the Coliseum would certainly help pay for the hefty cost of renovating the Grand Old Gal. You can bet that the USC Athletic Department wants to see that second NFL team in the Coli.

Still waiting: The Dodgers will unveil a larger than life statue of Jackie Robinson next season, so the question begs again why the Trojans don’t do that for Coliseum and surround the historic venue with selected former superstar football players.

Still waiting – Part 2: Since the Coliseum was once used for USC track and field and the fact that Olympics have been held there with so many former Trojans, it would also stand to reason that some cardinal and gold track immortals also should be graced with larger than life statues.

Just Wondering: Have you already forked over your entertainment budget for 2016 season tickets? For that matter, have you booked flight and hotel for the season opener against Alabama?

FYI: For those that like to plan ahead, the driving distance from Dallas to AT&T Stadium in Arlington is about 25 minutes without traffic.

The last word: National Letter of Intent Day is a little more than a week away, and Trojans fans are hoping for more surprises than disappointments. Frankly, the way things are played out before signing day in recruiting, I am already looking to the Class of 2017 to see what Clay Helton and new staff will do with a full year to recruit.