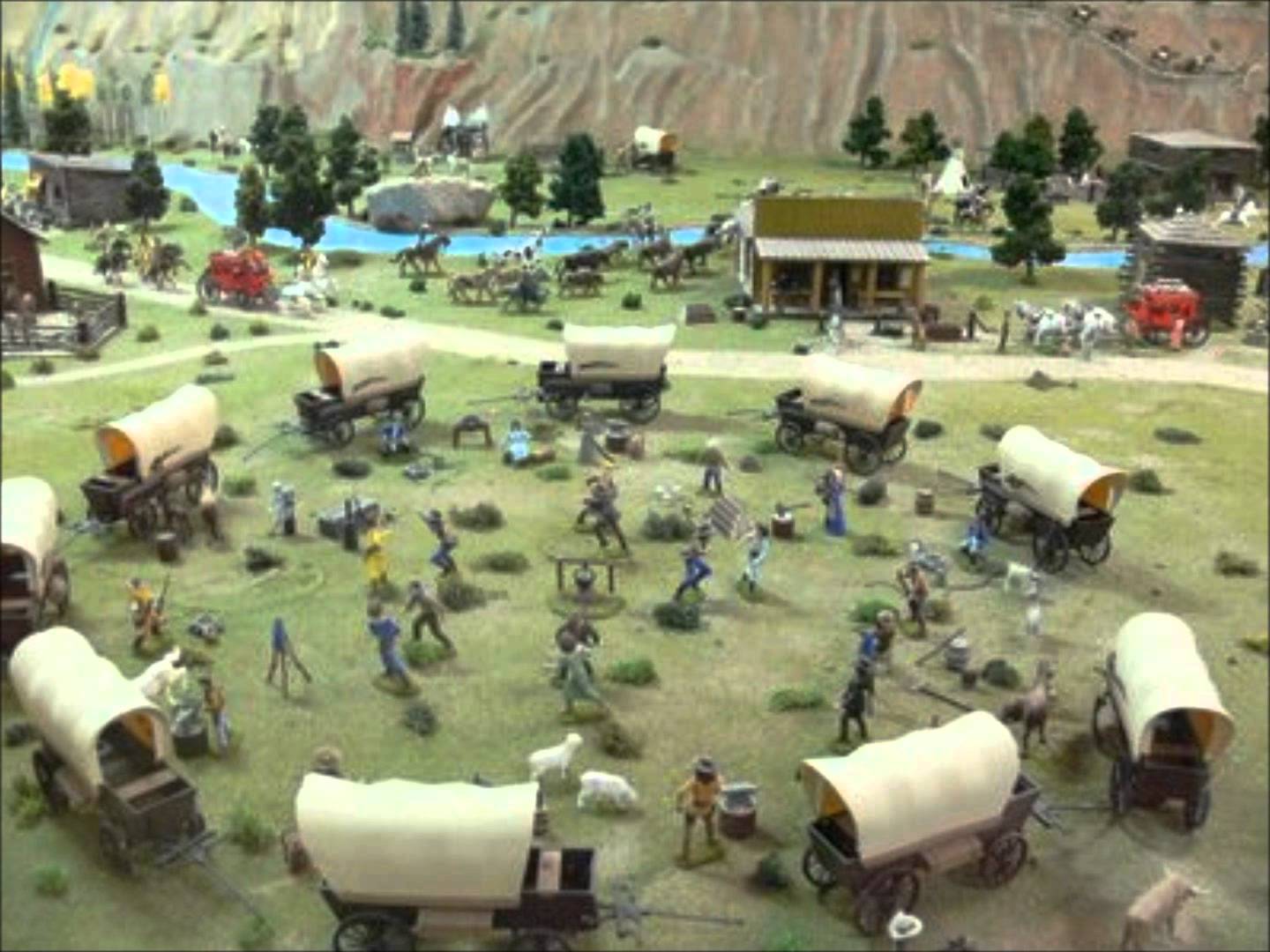 Rumors to reality: Maybe this isn’t as big a deal as it seems, but the long-rumored whispers became reality through a USC Sports Information Department release that media covering the Trojans’ regular season full football practices will have dramatically less viewing access. After training camp officially ends on Aug 17, rather than watching full practices on Tuesdays and Wednesdays, the media will be restricted to watching the first 20 minutes of practice (basically stretching) and then will exit practice only to return following the conclusion of practice to do selected interviews of players and coaches.  Coming off a highly disappointing 5-7 season and with head football coach Clay Helton under intense scrutiny, is the Trojans’ football program in the process of circling the wagons by limiting media information about the team and coaches?

Rumors to reality – Part 2: In regard to the new practice media edict, I asked Clay Helton at Pac-12 Media Day about basically not allowing the media to watch full regular season practices on Tuesdays and Wednesdays. The coach graciously and respectfully responded by saying, “Yeah, we – number one – are not keeping the media out. We’ve always had a great relationship with the media and always want to be able to help you do your job at all times. And that’s why we allow — we do do media Sunday, Tuesday, Wednesday, Thursday and Saturday, and provide two days to be at practice for 30 minutes (the official press release said 20 minutes).”

Rumors to reality – Part 3: Helton continued, “You know, we’re ahead of every other, I think, standard practice in college football. We want to continue to be allowed to have the media do their job. But it was something that we felt in postseason play worked very well for us and we wanted to go to. I wanted to go to. If there’s any special request, I’ll always — as you’ve seen in our relationship, I’ve always been available for you, always. But I want our student-athletes to be able to concentrate on their job and focus on their job when it’s time for them to work. We’ll always make access to our media. It’s always been a great relationship, and we’ll continue to, and we’ll always make Sunday, Tuesday, Wednesday, Thursday, and Saturday available. Five out of the seven days a week we work with our media relationship.”

Rumors to reality – Part 4: IMHO, interacting with the media with post-practice interviews and Sunday night conference calls is, yes, working with the media, no question; however, allowing the media to watch 20 or 30 minutes of basically stretching before actual practice isn’t exactly watching practice. To set the record straight, by actually watching a full practice, you get background on why the team performs the way it does in games and observe position changes and individual and unit performances in practice – not to mention injury reports.

Rumors to reality – Part 5: Obviously, in watching past full practices, the media has not reported any game planning or specially designed plays during the week. However, the media was able to see the team’s attention to detail (blocking and tackling, fundamentals, and work ethic, discipline, and attitude in preparation for a particular opponent).

Rumors to reality – Part 6: When Pete Carroll was the head coach, he allowed everybody – media, fans, former players – to view practice. I don’t think it had an effect on all those championships he won, and his players were certainly not distracted by all the attention of media and fans. Carroll once told me, “It doesn’t really matter having the fans here. They don’t know what we’re doing anyway, and by having the fans, the players get used to being watched and practice harder.”

Rumors to reality – Part 7: In the end, the real victims of limited practice viewing by the media are the fans, who won’t get the complete information they deserve – both positive and negative, validated and invalidated. One would think – given last season’s 5-7 disaster and off-season turmoil – the Trojans could use all the positive public relations they can muster. Maybe if the Trojans go 10-2 and win the Pac-12, Gentleman Clay can point to his new media adjustment as a factor in his team’s turnaround.

Rumors to reality – Part 8: IMHO, I believe that Clay Helton has every right to decide how to run his program, which includes any media restrictions. What makes the timing of media viewing reduction curious to me is that it gives the perception the new practice edict is because the Trojans are coming off a 5-7 season, and there are obviously huge questions regarding the coach’s future. One veteran media member turned to me at Pac-12 Media Day and asked, “Would this media practice change have happened if the Trojans had finished 10-2 last season?” Maybe it would have, but it still gives a huge impression that the football program is – again – circling the wagons. You can run, but you can’t hide. The media and the rest of the world may not know a heck of a lot what goes on now during practice, but it will be wide-open viewing before, during, and after actual games, which will include the usual analyzation and commentary.

And for the general public: As for the general public viewing training camp and practices, the SID office also released this statement: “An NCAA rule makes August a recruiting dead period, so practices during fall training camp must be closed to the public, except invited guests of the USC athletic department.” The general public, however, can view the Trojans before Fresno State by attending the highly anticipated Aug. 17 full scrimmage (4 pm) in the renovated Coliseum. The scrimmage, which Clay Helton has referred to as “an NFL exhibition game,” will be preceded by some fan-friendly activities like a team autograph session, the usual cardinal and gold merchandising opportunities, and, of course, the USC Song Girls and the Trojans Marching Band.

Just wondering: Trojans’ quarterback JT Daniels has been named to a number of “Watch List” releases. In what is supposed to be a fair USC quarterbacks competition during training camp to name a starter for the Fresno State opener, the lingering question is: Who nominates USC players for the various award lists? According to a USC spokesperson, on any of these “Watch Lists” it can be a combination of factors either through the award committee or by the university. Not to stir the pot, but if I am Jack Sears or Matt Fink, it would certainly get my attention to see JT already on those lists before an actual starter is named. And, no, we’re not looking for conspiracy theories, but the optics look a bit unsettling.

Sneak peek: The media will be given a private tour of the renovated Coliseum and new press box on Wednesday morning, Aug 15, which is quite intriguing for those of us that will be working in there. The new press box will be located on the 6th floor and located on the west end. Gone will be the days of media 50-yard line seating. A number of colleges and the NFL have moved the media to one side or the other for press box seating.

Media guide quote: As the season unfolds, remember what Clay Helton has said in the 2019 media guide regarding his main responsibilities as USC head coach: “My total focus, therefore, will be on the discipline of the game. I’ll let our coordinators install scheme and system. And that’s how it will be in fall practices and during games, when the coordinators will call the plays and I’ll manage game situations.”

The commish speaks: Opening Wednesday’s Pac-12 Media Day, Commissioner Larry Scott stated his case for why the 2019 Pac-12 football season should have an optimistic feel. Scott said, “Our conference has great talent. We’re returning 11 First Team and 13 Second Team All-Conference players. Our strong running game this year will feature six returning backs who rushed for more than 1,000 yards last season. And those running backs are going to be supported by offensive lines that on average will feature more than three returning starters per team. Some Pac-12 teams have been known for strong defense and great secondaries. We’ve had seven defensive backs selected for the NFL Draft this past year, but our secondaries are going to feature several big playmakers across the conference.”

The commish speaks – Part 2: In one of the most unbelievably clueless ideas that I’ve seen in my college football lifetime, Pac-12 commissioner Larry Scott says he would like “one or two games” this season to begin at 9 am Pacific Time, so that those games can be televised into a noon East Coast broadcast window for better TV ratings. Scott has done some really eyerolling deals in the past, but I can’t imagine the anger and the disapproval through an attendance boycott if games kick off at 9 am just for the East Coast viewers who are sure to watch the Pac-12 instead of the Big Ten, ACC, or SEC. Yeah, right!

IMHO: Yeah, 9 am PT kickoffs of selected Pac-12 Conference games. USC/UCLA, let’s do it! Let’s get the whole family up at 4 am so we can start tailgating at 7 am in Exposition Park. Does the Commish really think that two Pac-12 teams playing at that ridiculous hour are going to showcase the best of Pac-12 football? When Pac-12 teams have played non-conference game in the East or parts of the Midwest and have had noontime kickoffs (9 am in the West), the results for the Pac-12 team have left a lot to be desired, especially in the first half, which is a decided advantage for the host team. Now you’ll have two teams struggling to wake up.

The media guide: While many Trojan fans can access the 2019 USC Football Media Guide on line for free, the general public can also get a printed copy by sending a $20 check – payable to “USC” – to USC Sports Information Office, HER 103, USC, Los Angeles, CA 90089-0601.

Homecoming: In case you were not aware, the 2019 USC Homecoming Game is Saturday, Oct. 19, against Arizona. Kickoff time has not been announced.

From QB to ESPN: Former Trojans’ quarterback Mark Sanchez has retired from the NFL to become a broadcaster for ESPN. Mark, who was at Pac-12 Media Day broadcasting, will be seen on ABC/ESPN as a college football analyst, and his main responsibility in front of the cameras will be in ABC’s lead college football studio, where he will join Kevin Negandhi and Jon Vilma. Sanchez is replacing Mack Brown, who left to coach North Carolina.

The last word: Here’s the latest real time Coliseum renovation camera view: https://app.oxblue.com/open/usc/lacoliseumrenovation . And for a closer look at the new seats, just look below.