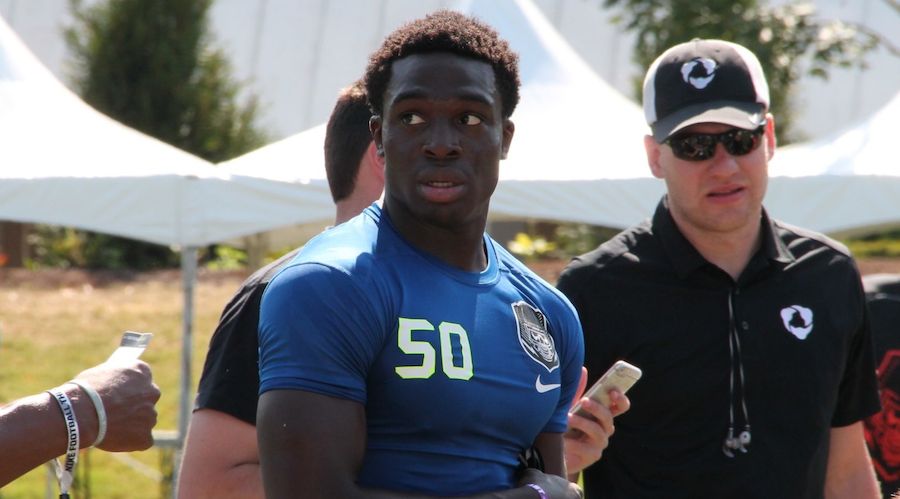 USC verbal commit Josh Imatorbhebhe got things started at The Opening on Wednesday morning with an impressive 47″ vertical jump, which was part of an impressive 136.02 NIKE rating which will qualify him for the event finals later today.