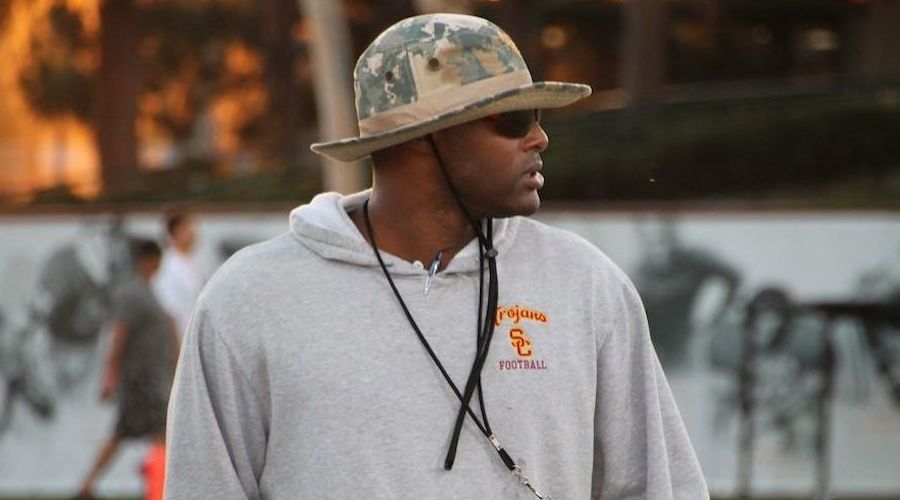 LOS ANGELES — Encompassing the entire 2014 season, the USC Trojans defense ranked fifth among Pac-12 teams in both scoring defense (25.2 points per game) and total defense (409.8 yards allowed per game), so defensive improvement is a necessity if the No. 8 Trojans are to make a serious run at a 2015 Pac-12 championship and College Football Playoff consideration.

The good news is that Trojans second-year secondary coach Keith Heyward (photo above) thinks his unit has all the ingredients to make significant improvements from 2014, a season that saw the USC pass defense rank ninth in the Pac-12, giving up 276.4 yards per game through the air.

However, hidden in those seemingly unflattering 2014 pass defense statistics was the fact the Trojans were ranked second in Pac-12 pass defense efficiency, tied for the conference lead in interceptions (16) with Arizona State and tied for second with Oregon State for touchdown passes allowed (20) behind conference leader Stanford (12).