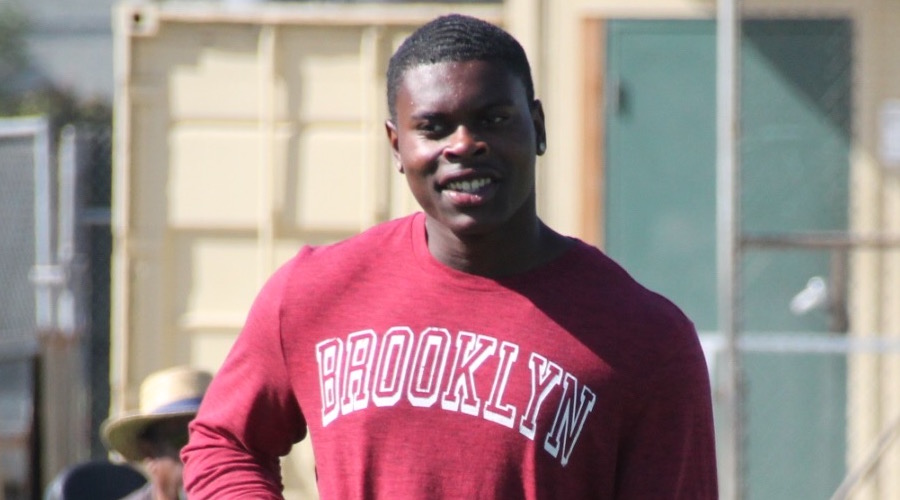 With the arrival of Levi Jones on campus we have now officially begun the process of seeing the new freshmen, which means summer throwing sessions can’t be far behind.

Here’s a look at what each of the newcomers will find waiting for them at their respective positions once workouts get started:

A very crowded backfield with Ronald Jones leading the way and Aca’Cedric Ware, Vavae Malepeai and Dominic Davis each looking for touches of their own. I do expect Carr to hold his own immediately (he has developed nicely as a pass catcher out of the backfield) and show that he is ready to contribute.

I think there is opportunity at the outside receiver spots even with Pittman, Vaughns, Green and Imatorbhebhe already in the rotation, and I would expect Lewis (photo above) to have the better chance of taking advantage of that in summer. I’m not ruling out Grimes because he is an interesting athlete too but Lewis is coming in at a solid 6-2, 215 and I get the sense he is ready to get in the mix right away (perhaps in a role similar to the one Pittman played last year).

This is another crowded group (Imatorbhebhe, Petite, Angeline) but that doesn’t mean one of these two couldn’t make an impression in summer sessions. My bet would be on Falo since he is more of the pass-threat option and I think he could really shine in these settings. Krommenhoek can be a solid receiver when needed but the strength of his game right now is more on the blocking end.

There could be extended summer reps available if injured guys like Toa, Nico, Viane, Voorhees, etc are limited. And that could lead to a fall camp audition for a starting spot (right tackle?) depending on how the starting spots shake out in camp once everyone comes back. From what we’ve seen I would put Austin Jackson as the most likely to make a push.

There’s always room for another 300-pound wide body in the middle of the line so Tufele and Pili figure to get thrown in right away to see where they stand. There is already good depth with Rasheem Green, Josh Fatu, Marlon Tuipulotu and others (including Kenny Bigelow coming back from injury) but we saw how quickly Tuipulotu was able to earn his way into the rotation in spring and there’s no reason to think someone like Tufele couldn’t do the same.

I think Echols is someone who could make an immediate impact. He brings good pass rush skills, and this defense could use a pass rush specialist. The redshirt year for Oluwole Betiku was burned in the hopes that he could provide that kind of spark but it didn’t happen, the coaches think Wole is close but until he claims the role there is a chance for Echols to get in there.

Jones was the first of the summer freshmen to show up and for good reason, he must know that there is a reserve spot open behind John Houston after the spring injury to Tayler Kotoa. Grant Moore is a solid walk-on option but Jones will have a shot to make an early impression. Falaniko is one of the players I’m interested in seeing the most because he’s a bit of an unknown coming from Samoa. Will his ultimate position be inside linebacker? Outside? We will find out.

There are always reps to go around for corners in summer throwing sessions, and Johnson will have a chance to show what he can do. I still think there are plenty of bodies ahead of him that will allow for a redshirt year but that’s no sure thing. With Godfrey, he looks good in recent workout videos that he’s posted as he comes back from knee surgery, it just remains to be seen how quickly he gets back to full strength.

I can see either of these safeties earning time in the rotation, the starters are set with Chris Hawkins and Marvell Tell but things aren’t necessarily as solid behind them. Pola-Mao and Bolden both bring size and an aggressive style, I’m looking forward to seeing if they can translate that right away in these summer drills.