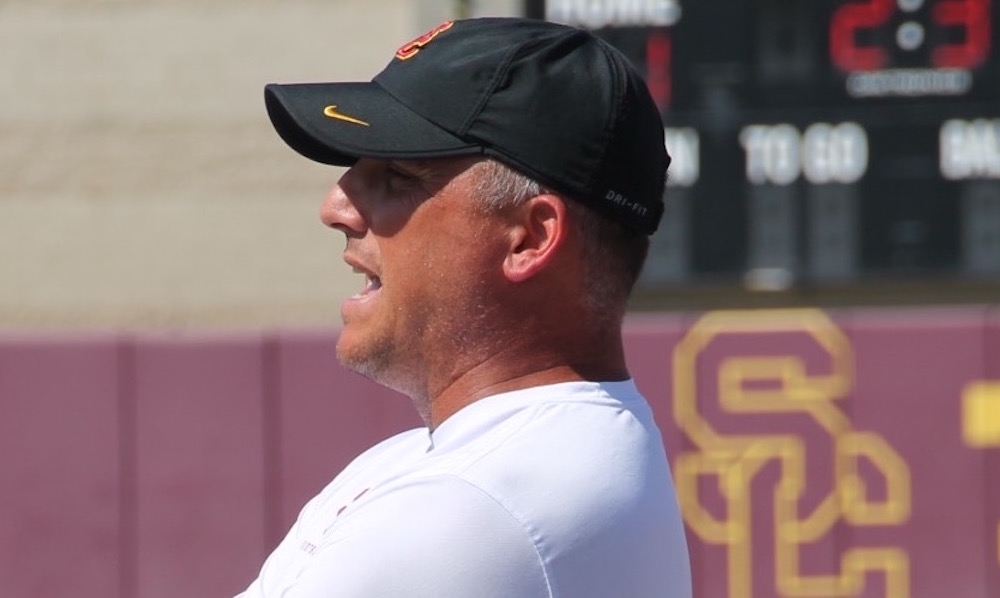 Clay Helton values continuity and relationships when it comes to picking his coaching staff.

If we didn’t know that before, we certainly know it now. But to be clear, we did know it before with the way he put together his first staff by leaning heavily on family and friends, coaches he had known before. The one time he did go out of his inner circle in his time at SC it was to get Deland McCullough, and that move worked so well the NFL came calling to grab him after only one year at SC.

Now that Helton is being forced to deal with more staff shake-up, he has once again turned to familiar faces. The first move came quickly after the end of the regular season when Helton’s brother Tyson, who had served as the USC QB coach/passing game coordinator, took a position at Tennessee as offensive coordinator. There was talk for a time that perhaps Tee Martin (a former national champion quarterback) would move from coaching wide receivers to QB, or perhaps Helton would use this opportunity to bring in a veteran QB coach to mold the impressive array of QB’s in the USC stable.

Instead Helton turned a familiar face in Bryan Ellis, a name that surprised many USC fans who weren’t familiar with the 29-year old offensive analyst who had been on the USC staff since last spring. Ellis had a lot of familiarity within the Helton circle, having played for OL coach Neil Callaway at Alabama-Birmingham and then later coaching with Tyson Helton and Callaway at Western Kentucky. He also has familiarity with the offensive system that is in place at USC, which allows for the continuity of message that Helton is looking for.

That continuity took a blow when McCullough announced that he would be leaving for Kansas City, and then came word that a representative for Tee had reached out to Ed Orgeron about the LSU offensive coordinator job (Ed said “with all due respect to my friend Tee, I have my guy in mind”) and the Oakland Raiders pursued him for the wide receiver assistant coach position that was filled last Friday.

In recent days there was a report that Tee was now in talks with USC to extend his contract, which would make sense by the Helton way of thinking. He has an offense in place right now that he will point to as a Pac-12 title winning-system, one that produced the first 4,000-yard passer in USC history, and a 1,500-yard runner. This is not the time to be breaking in a whole new set of skill position coaches, especially when you are also breaking in new starters at QB, TB and lead WR.

If Helton does keep Tee with an extended contract there will be a lot to the move as far as the USC offense is concerned. There will be the matter of play calling, will it be Tee alone or will Helton and Ellis be involved again this year, similar to the pattern of multiple play callers last year. Will it be the same style of offense? This is not a minor issue, because for all the yards and points that have been put up there are still plenty of USC fans (and Trojan football alumni) who would like to see more of a power-run game element within the offense, one that relies upon a traditionally dominant USC line.

The most likely scenario is that Martin is being extended, and Ellis is being hired, because this is exactly the USC offensive system that Helton wants to run and he doesn’t see the need to make any major changes. He is moving forward with his guys, those who he knows, who he trusts, and who know what he is looking to do.

There is always the possibility that the staff could be tweaked in the near future with different styles (an enforcer-type) or backgrounds outside the Helton circle (the addition of a 10th assistant coach, the need to replace McCullough as RB coach, more staff movement) but for now on the offensive side of the ball we’re getting a pretty clear look into how much Helton is valuing continuity and relationships.