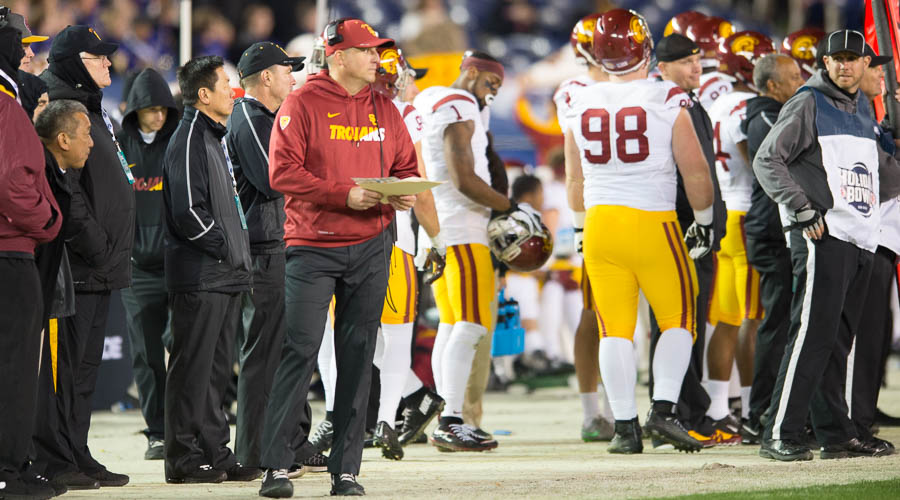 USC coach Clay Helton got his man in defensive coordinator Clancy Pendergast, a critical hire as Helton assembles his first full-time staff for the Trojans.

In fact, there might not have been a more important hire for Helton than the one that was announced on Monday. Helton is an offensive coach, and he has surrounded himself with familiar faces on that side of the ball, but he needed a new leader for his defense. One of his first acts as soon as Pac-12 title game was over was to fire former defensive coordinator Justin Wilcox and he needed to proverbial “home-run” hire to fill the role.

Pendergast was naturally one of the first names to come to mind. He had a successful one-year run in charge of the Trojans defense in 2013 where the team led the conference in total defense and was among the national top 25 in eight different defensive categories. Those accomplishments look even more impressive when you consider the team had finished the previous season giving up the second-most yards per game in USC history.