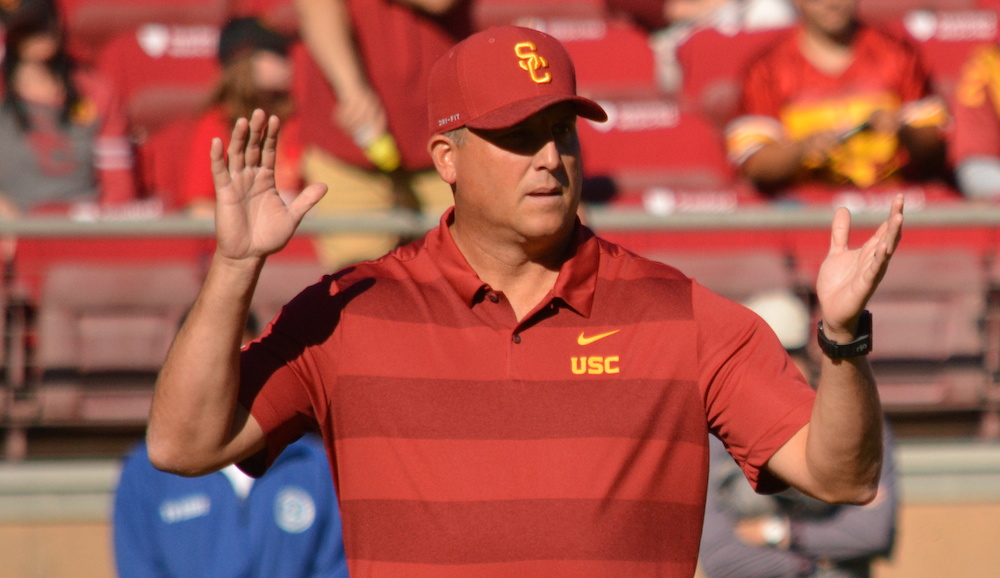 Keary Colbert, one of the great wide receivers in recent Trojans’ history, moves from coaching tight ends and slot receivers, to full-time wide receivers coach. It is known that Trojan players are very receptive to Colbert as a coach, and giving Keary the wide receiver unit figures to be a major plus. Colbert replaces Tee Martin who was fired after the regular season.

Tim Drevno, who began last season as running backs coach and later assumed both the running backs coaching position along with the offensive line when Neil Callaway was fired near the end of the season, is now placed in his coaching strength position. This will be Drevno’s second tour of duty as the Trojans’ offensive line coach after holding that position in 2014 before departing to Michigan.

Special teams coach John Baxter now returns to the tight position that was manned by Keary Colbert last season. Baxter will have two standout prep tight ends entering the program in Jude Wolfe and Ethan Rae, both of whom signed during Wednesday’s early signing period.

No other coaching positions changes or additions are expected at the present time.