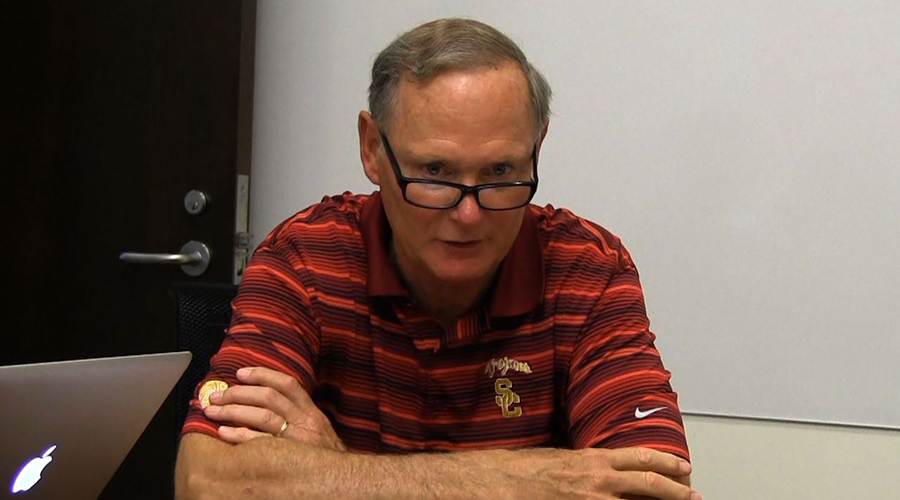 USC athletic director Pat Haden will step down from his role on the College Football Playoff committee, effective immediately.

“I am reluctant to step down, but my doctors advised me to reduce my traveling,” said Haden in a press release from the CFP. “With the weekly CFP meetings about to start and the travel commitment involved, I had to make this difficult decision. I feel it is in the best interest of the CFP and also of USC, with our current football coaching change and our upcoming Coliseum renovation.”

“It was an honor to serve on the College Football Playoff Selection Committee. I have such high regard for the CFP process and for the committee members, who devote such time and energy to the great sport of college football. It was a pleasure to serve alongside them. I want to thank the committee members, as well as CFP executive director Bill Hancock and his staff. They all do wonderful work.”

This news comes soon after Haden’s well-publicized health issue prior to the Notre Dame game, which was described as “light-headedness” along with a South Bend doctor visit and an early trip home on a private plane.

There has been speculation about Haden possibly stepping aside from his athletic director role due to health reasons, or delegating the search for a new football coach to someone else while continuing the role overseeing the Coliseum renovation. So far, however, that doesn’t appear to be the case, especially with the statement above from Haden mentioning both roles.

Click here to read the press release from the CFP