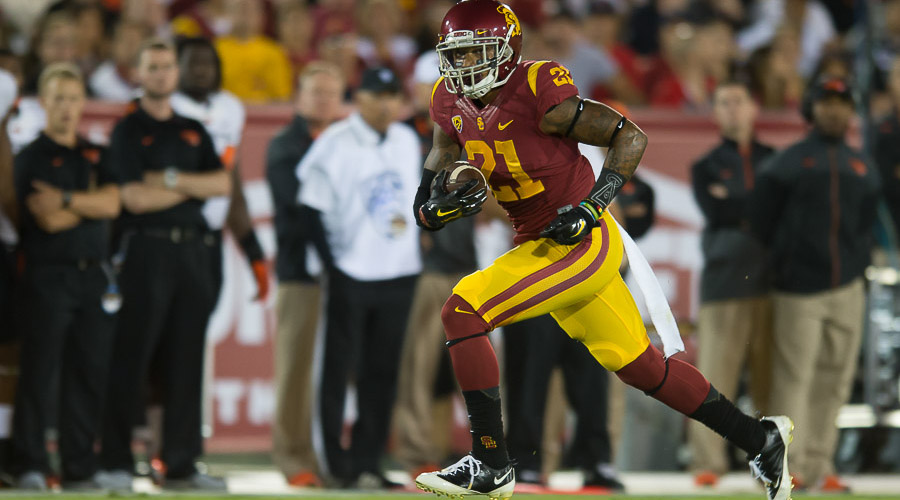 LOS ANGELES — Having recently completed his tour of duty as a member of the first-ever College Football Playoff selection committee, USC athletic director Patrick Capper Haden probably learned more than he ever wanted to know regarding the inner workings of the new big boys playoff system.

If Haden’s beloved Trojans have a future advantage in navigating the treacherous waters of the College Football Playoff structure, the former Rhodes Scholar and quarterback of the 1974 USC National Champions understands firsthand the template for CFP inclusion or exclusion.

Maybe it was just a coincidence, but it was somewhat curious that on the Friday before last Sunday’s final CFP Top 25 was announced, Haden spoke publicly through social media for the first time about unacceptable seasonal win numbers for his own Trojans football program.

In last Friday’s social media address to the Trojans faithful, Haden was direct and to the point on what he thinks is an inappropriate number of victories for a Trojans head football coach.

“We have higher expectations than eight wins at USC,” said Haden, whose current football team under first-year head coach Steve Sarkisian concluded its regular season at 8-4.

Haden added, “But I am optimistic about the future with most of our offense expected to return, especially the young offensive line, which is the foundation of any great offense.”

While the 61-year-old athletic director said he has higher expectations than eight wins per season at Troy, he didn’t specify a minimum number of wins that would be acceptable.

Haden likely realizes that a minimum of double-digit wins (try 12) and one or possibly two losses is the new four-team playoff benchmark.

With a Dec. 27 date with the Nebraska Cornhuskers in the National University Holiday Bowl, the Trojans — providing they can defeat the storied Huskers in San Diego — obviously won’t finish the season with more than nine victories.

Last season under three separate head coaches, the Trojans finished a combined 10-4 and ended their tumultuous 2013 campaign with a convincing 45-20 victory over Fresno State in the Royal Purple Las Vegas Bowl.

Even before the CFP, there has been a high C for Trojans football going back to the glory days of Howard Jones and The Thundering Herd. Even during the John McKay, John Robinson, and Pete Carroll eras, a 10-win season was the unspoken measure of minimum success.

Whether current Trojans head coach Steve Sarkisian has been told in private that eight wins won’t cut it, the fact that “8” is now out there for public consumption will, no doubt, become a measuring stick for Trojans head coaches, as long as Haden remains the USC athletic director.

Haden also acknowledged in his social media release that he is returning as the Trojans athletic director in 2015, thus knocking down the plethora of heavy rumors that he is in ill health and on the verge of retiring.

Since Steve Sarkisian is Pat Haden’s first hired head football coach, there is every reason to believe that Haden will do everything in his power to help Sark succeed.

The University of Southern California has attained 11 football national championships in its illustrious history, and with all the current excitement, euphoria and drama surrounding the new College Football Playoff system, the seeds of expectation for a future 12th USC national title have already been planted.

As an added caveat, those that know Haden either by playing alongside him, against him, or working with him in the private sector would be the first to tell you that old No. 10 is extremely competitive and has a great distaste for defeat.

And speaking of No. 10, whether it be a uniform number or a collection of victories, if there were an eight-team playoff this season, both CFP No. 7 Mississippi State (10-2) and No. 8 Michigan State (10-2) would have made the cut.

So maybe No. 10 warms Pat Haden’s cardinal and gold heart in more ways than one.