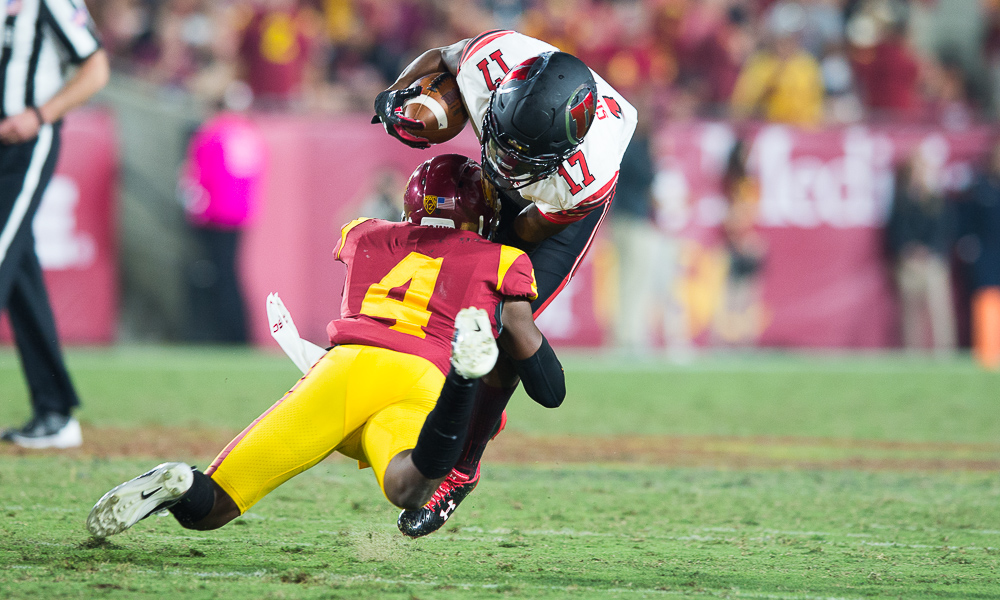 Here is the official announcement of the hiring of Greg Burns as secondary coach.

Burns, 46, has been a defensive backs coach all 21 years of his career, including in 2018 at Oregon State.

Before coaching this past season at Oregon State, Burns spent 3 years (2014-16) at California.  The Golden Bears played in the 2015 Armed Forces Bowl.

He was at Massachusetts in 2013 and also served that season as a co-defensive coordinator in the Senior Bowl.  He spent 2012 at Purdue, which played in the Heart of Dallas Bowl.

He was with the NFL’s Tampa Bay Buccaneers in 2006, as Ronde Barber was a Pro Bowl selection.

Burns spent 4 years at USC (2002-05), as the Trojans finished atop the Pac-10 each season, went to 2 Rose Bowls and 2 Orange Bowls and won national titles in 2003 and 2004.  Polamalu and Bing were All-American first teamers and NFL draft picks, while Poole was an All-Pac-10 first teamer and NFL draftee.  USC was ninth nationally in pass efficiency defense in 2004.

Burns handled the cornerbacks at Louisville the previous 4 years (1998-2001).  The Cardinals were 18th nationally in pass efficiency defense and had 20 interceptions in 2001 (the team went 11-2 and won the Liberty Bowl).  In 2000, Louisville led the nation in interceptions (27) and was 20th in pass efficiency defense.  Anthony Floyd (2000-01) and Antonio Roundtree (1998) earned All-Conference USA first team honors.  Louisville also played in the 1998 Motor City Bowl, 1999 Humanitarian Bowl and 2000 Liberty Bowl.

He was the cornerbacks coach at Idaho in 1997, as the Vandals intercepted 13 passes.

In 1996, he was an academic counselor at Washington State.

Burns was a 4-year letterman (1991-93, 1995) and 2-year starter as a defensive back at Washington State, earning All-Pac-10 honorable mention honors in 1992 when the Cougars won the Copper Bowl.  He had 9 career interceptions, with 5 coming in 1992 (including 2 against USC).  He missed the 1994 season with torn knee ligaments and his 1995 season was cut short by a shoulder injury.

He was on the football and track teams at Dorsey High in Los Angeles, Calif.