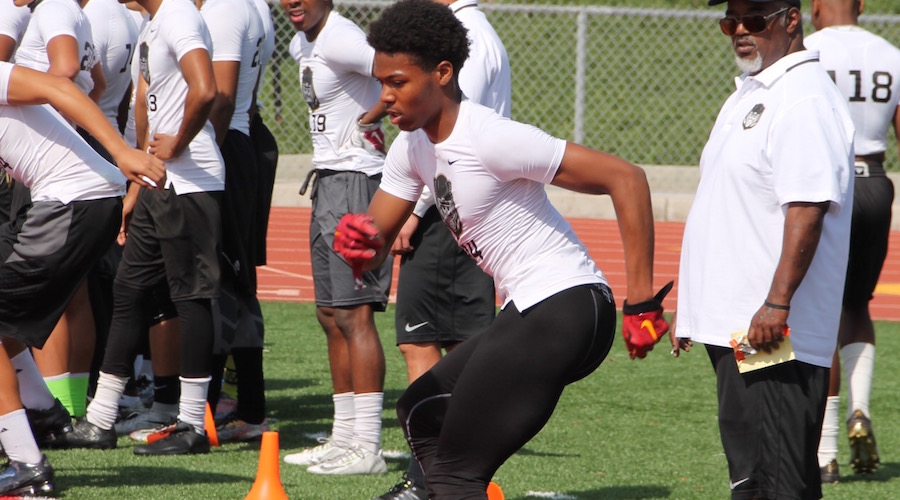 One-time USC verbal commit Thomas Graham, Jr. is no longer committed to the Trojans, per a Tweet he sent out today:

While it’s not a surprise to see a recruit de-commit so far from signing day, it is a surprise to see this one do it, even though he and USC RB commit Stephen Carr had changed their status to “soft commit” recently. The thought was that the two players, who play on the same 7-on-7 team, had changed to soft commits in order to attract more attention from college coaches both for themselves and other players on their team. The thought being that many other big schools weren’t bothering to offer the pair since it was assumed they both would be following through on their early pledges to the Trojans.

That line of thinking has now been thrown out the window with an official de-commit from Graham following visits to Notre Dame and Arizona, among others, with UCLA also thought to be in the mix. Graham has long talked about attending USC with his sister, who is now a freshman track participant for the Trojans. Carr is also being wooed by other big time schools and caused quite a stir when he attended the Michigan spring game last weekend.