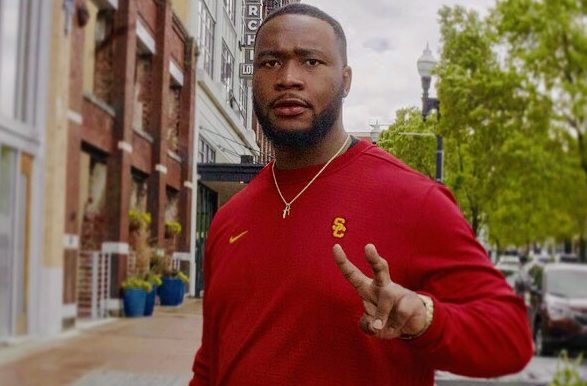 Former Tennessee starting offensive tackle Drew Richmond elected to put his name in the transfer portal this offseason and announced Friday morning that he is headed to USC.

He also wrote about his story, including his decision to transfer to USC, for the Players’ Tribune.

The USC offensive line had very little depth this spring, but the starting unit looked pretty straightfoward, with Austin Jackson and Jalen McKenzie manning the tackle spots, Alijah Vera-Tucker and Andrew Vorhees at guard, and Brett Neilon at center.

The addition of Richmond brings some needed uncertainty to the right tackle spot specifically, as McKenzie performed well, but his backup was Liam Jimmons, who only recently flipped to the offensive line from defensive tackle.

Richmond started 25 games for Tennessee, including all 12 at right tackle this past season. While he isn’t a slam-dunk star and starter for the Trojans, he adds another body to an offensive line that is very much in need of depth.