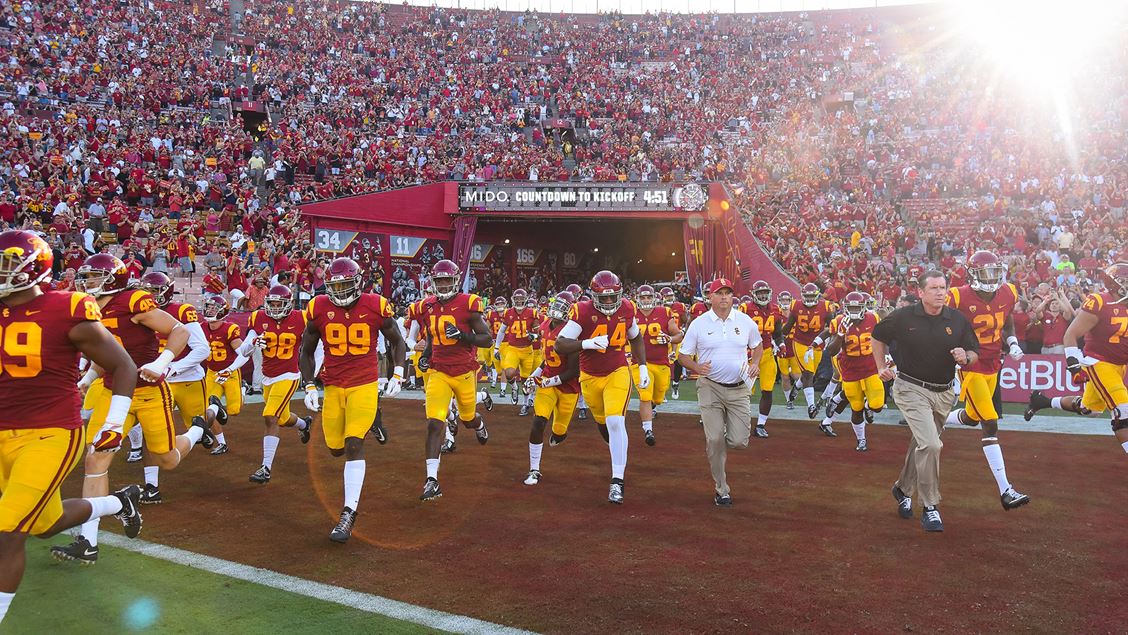 The commitment of offensive lineman Maximus Gibbs (Bellflower, Calif./St. John Bosco) gives the Trojans another massive big man – he checks in at 6-foot-6 and 360 pounds – as well as a recruiting win over some big time schools – Alabama, Florida, Georgia, Oklahoma and Oregon had all offered – and the commitment of a well-known local prospect who can move the needle with other recruits.

USC offensive coordinator Graham Harrell is a big fan of quarterbacks and wide receivers, but he’s said many times that everything about his offense starts up front with big men.

Gibbs is the second offensive lineman to commit to USC in this class, joining fellow three-star Mason Murphy (San Juan Capistrano, Calif./JSerra). USC Director of Scouting Trey Johnson might not have been able to capture offensive line coach Tim Drevno celebrating on camera, but he gives a close approximation to how Drevno might be feeling after the commitment.

But how did Drevno actually respond?

USC running backs coach Mike Jinks landed a big-time prospect of his own recently in tailback Brandon Campbell (Katy, Texas/Katy), and he knows that his group can only be as good as what USC’s big men provide for them. Jinks also dropped the #TakeBackTheWest hashtag that USC coaches and staffers have used to show recruits in this region where they rank in the recruiting pecking order for the Trojans.

Defensive coaches haven’t been shy about getting on the celebration either, as both Todd Orlando and Craig Naivar have brought a strong USC social media presence with them from Texas.

Fellow defensive coach Donte Williams has been an active recruiter and is one of the keys to USC’s resurgence on the recruiting trail.

And several fellow commitments commented as well. Four-star running back Brandon Campbell has become the most publicly outspoken recruiting leader for this 2021 recruiting class, as he and his father haven’t been shy about working to put together the best class possible.