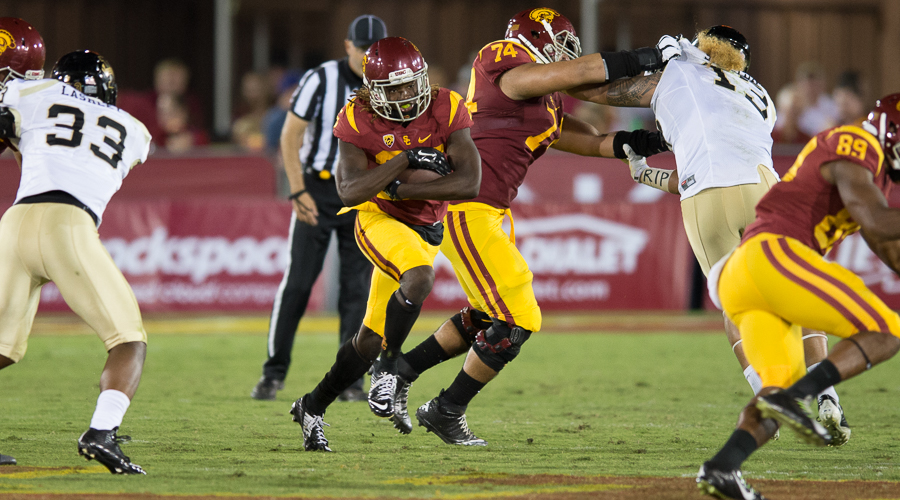 Ronald Jones II has burst into the Trojans’ tailback rotation as easily as he bursts into opposing secondaries, juking his way here, cutting back there and sprinting into open spaces.