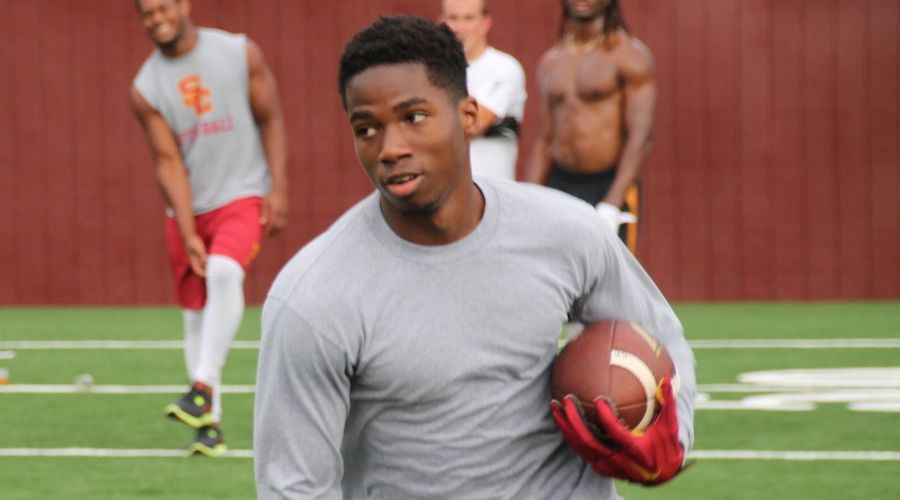 Adoree’ Jackson was in attendance today and took the vast majority of snaps at corner. One of the early plays of the day, however, saw Robby Kolanz get deep against Adoree’ to catch a ball from Max Browne. Adoree’ came back later to make a great break on a ball after Ricky Town tried to come back to his third option and Adoree’ was able to break it up with ease.

The play of the day came from Dominic Davis, who caught a short pass with seemingly nowhere to go but he put a burst of speed on Uchenna Nwosu to evade the tackle attempt. Nwosu got a ton of ribbing from the other defensive players, including one who lay on the ground with a mock broken ankle.

Sam Darnold had a long touchdown pass when he rolled to his right and hit George Katrib.

Cody Kessler hit De’Quan Hampton with a deep slant over the middle. Nice use of his hands by Hampton.

Ruben Peters had an interception.

Greg Townsend took one series of reps on the d-line, it was the first team work we’ve seen from Greg in a while.

Leonard Williams and JR Tavai were both on campus with Leonard staying for the entire throwing session and spending time laughing and messing around with his old teammates.