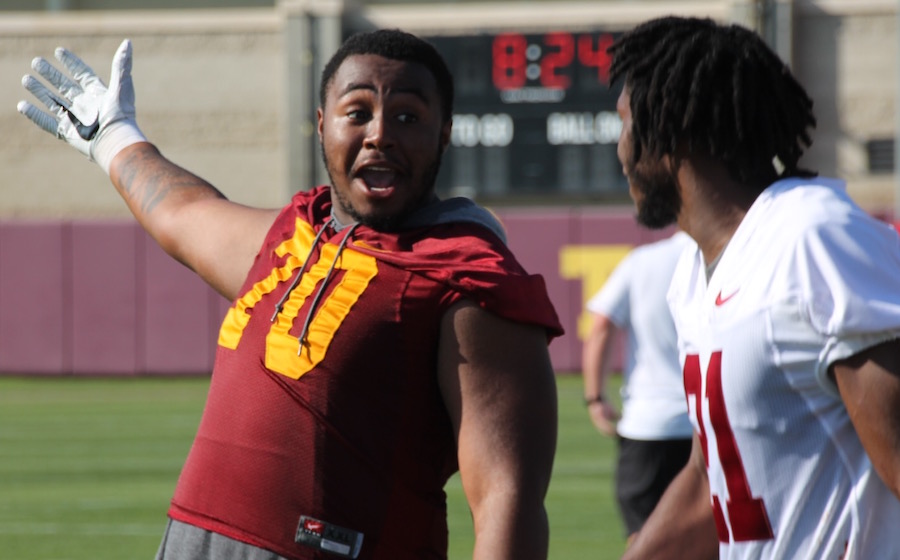 It might not have been a typical NFL Draft for the USC Trojans as far as overall numbers or high draft picks, but that won’t matter to the four Trojans who were selected during Friday and Saturday’s rounds and finally know where they’re headed to begin their NFL careers.

Offensive tackle Chuma Edoga (photo above) was the first Trojan drafted, as the New York Jets made him the 92nd overall pick and the 28th selection of the third round.

Cornerback Iman Marshall was the second Trojan off the board, as Biggie went to the Baltimore Ravens with the 25th pick of the fourth round, the 127th overall selection.

Safety Marvell Tell is headed to Indianapolis, as the Colts grabbed him with the sixth pick of the fifth round, number 144 overall. Tell was listed at cornerback by the Colts, and he said that’s a move he expected at this level.

Linebacker Cameron Smith wrapped up the day for the Trojans, as he was selected by the Minnesota Vikings as the 24th pick of the fifth round, number 162 overall.

In addition to the four drafted players, two offensive linemen signed as undrafted free agents, as Chris Brown is headed to the Los Angeles Chargers, and Toa Lobendahn will join Edoga, Sam Darnold, Deontay Burnett, and Leonard Williams with the New York Jets.