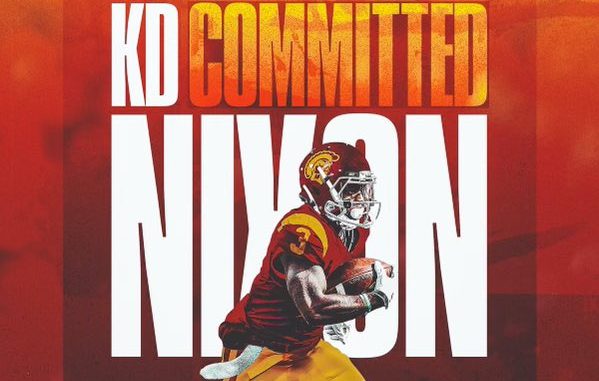 Nixon is a 5-foot-8, 190-pound playmaker as a wide receiver or on special teams and should provide a boost to a USC wide receiver room that lost both Amon-Ra St. Brown and Tyler Vaughns this offseason.

Nixon recorded 104 receptions for 1,250 yards and seven touchdowns in four years at Colorado. He also returned 33 kicks for 758 yards.

It’s an interesting addition for USC to make. While the Trojans have lost a ton of production at the wide receiver position over the past two seasons — St. Brown and Vaughns this year, Michael Pittman the previous year — USC is set to return quite a bit of talent there.

Drake London is already a star, while Bru McCoy and Gary Bryant Jr. have shown enough flashes to believe they can be counted on next season. John Jackson III and Joshua Jackson Jr. will be in their third and second seasons, respectively, and Kyle Ford could be back on the field after recovering from an ACL injury suffered last summer. Munir McClain could also be back after a season-long suspension and some time in the transfer portal — though obviously that’s a situation that could change.

Still, even with all of that potential, it’s understandable that head coach Clay Helton, offensive coordinator Graham Harrell and wide receiver coach Keary Colbert would want to add a veteran option there, who has proven himself at this level and in this conference.

Nixon brings some real speed to the position, which, aside from Bryant, is not a true strength of the other returning receivers.

It’s been an interesting past year for Nixon, who announced that he was going to enter the 2020 NFL Draft, but then returned to Colorado for this past season. A hamstring injury limited him to just four of the six games Colorado played this past fall, and then he entered the transfer portal about a week ago.