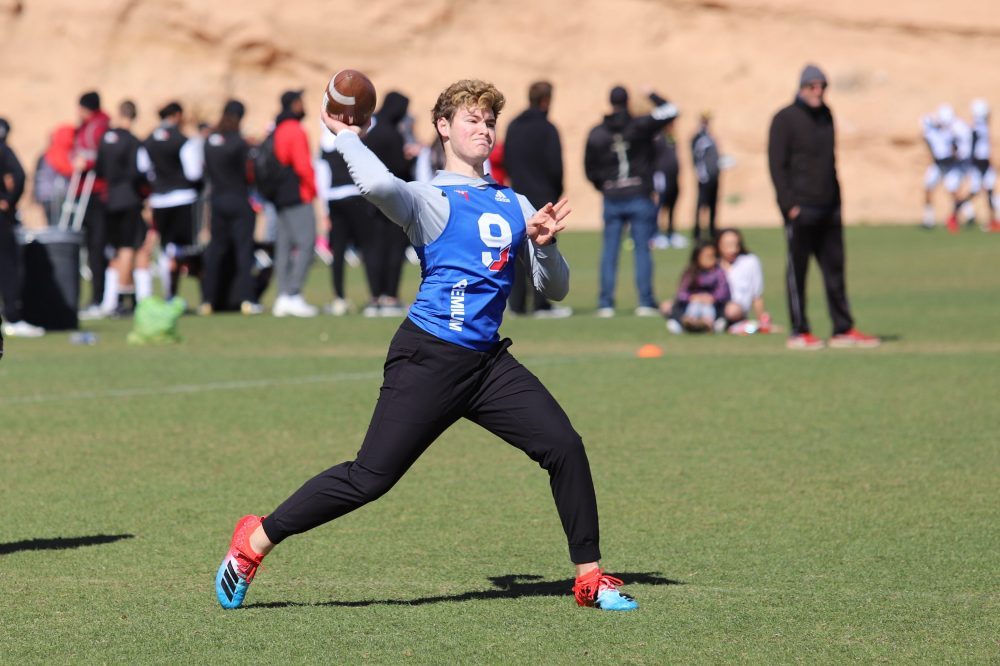 USC announced the addition of 14 spring enrollees as part of the Trojans’ 2021 recruiting class, a huge number that will provide immediate depth at several spots and likely some instant-impact production. While returning players are always the core of the team, the new additions always draw plenty of eyes during the first few days of spring ball. And this year, maybe more than any in recent memory, there are some very important storylines that go along with the new arrivals.

Here, we provide a look at five newcomers who will be important to watch this spring.

The 6-foot, 222-pound back with 18 career starts and 1,811 career rushing yards did not leave Texas after his junior season to come to USC and sit behind two seniors in Stephen Carr and Vavae Malepeai. That’s what makes Ingram maybe the most interesting player to watch this spring. Everybody involved with the program knows that USC needs more out of the running game this season, and certainly Carr, Malepeai and Kenan Christon feel they can provide that boost this season if given the opportunity to do so.

But Ingram being on campus provides another dynamic to what could become a true position battle for the top running back spots. There’s a chance that whatever order emerges at the end of spring could see another shakeup in the fall, but getting off to a good start over the next few weeks could mean something in terms of the pecking order this fall.

The Trojans set out to bolster a few positions with players via the transfer portal and it says something that a veteran running back is one of the additions the coaches chose to take. Ingram is also the kind of player who could raise the game of his fellow running backs. The older returners likely don’t need the mental push, but bringing in another potential workhorse back who can take on some of the grind should help keep fresh a group that has struggled with injuries over the past few seasons.

Yes, technically this selection makes this list “six” newcomers to watch this spring.

These two can’t be separated yet and deserve a spot on this list due to a combination of the position they play and the credentials they bring to college. With Kedon Slovis having the starting spot locked up, there shouldn’t be a need to turn to either freshman quarterback this season. But USC lost two quarterbacks to injury during the 2019 season and Slovis might have missed time last year had the injury suffered against Oregon in the Pac-12 Championship Game happened in the middle of a longer season.

USC has veteran Mo Hasan behind Slovis, but Dart and Moss are the future of the position for USC, and what happens this spring could start to tell the fortunes of USC football for the foreseeable future.

The two have different styles at quarterback, with Dart much more of a scrambler. But neither is easily confined to a box of a specific type of quarterback, as Dart is dangerous inside the pocket and Moss has plenty of athletic ability to scramble for time and make plays down the field.

It isn’t necessary that either separate and establish himself as a clear No. 2 this spring, but that’s what makes the competition between the two worth watching. Not only could this spring state whether either is ready to play at this level right now (Kedon Slovis wowed as a true freshman during his early enrollee spring), it could begin to give a glimpse at what life without Slovis could look like.

USC lost two tremendously productive wide receivers in Tyler Vaughns and Amon-Ra St. Brown this offseason. The Trojans get back Drake London, who might be the best offensive player in the conference this season, and have Bru McCoy and several lightly or untested young receivers behind him. But Nixon brings a speed element that does not exist outside of Gary Bryant Jr. and he’s had success in this conference during his time at Colorado.

Nixon brings 89 receptions for 1,128 yards and seven touchdowns with him and he could slot in immediately as a starting wide receiver. He could also provide a huge lift on special teams, as the departures of Vaughns and St. Brown also leave USC without a player who has ever fielded a punt for the Trojans. Nixon only returned three punts with Colorado, but he’s a very steady kick returner and could expand his special teams duties for the Trojans.

USC has not lacked for wide receiver talent, which makes watching how Nixon fits into that group one of the must-see events of this spring ball period.

There is very little that Julien Simon can’t do on a football field. He wasn’t a five-star prospect but he absolutely appeared college-ready and how big of an impact he can have is absolutely worth watching over the next five weeks.

Inside linebacker is an interesting position because both Kana’i Mauga and Ralen Goforth return, and no position might add more pieces than those two spots. Former safeties Micah Croom and Kaulana Makaula are both listed at inside linebacker now, and there still exists the potential for Jordan Iosefa and Solomon Tuliaupupu to return from injury and make an impact there. And Tayler Katoa could be another player to watch there as he continues to round into form following his return from a mission and recovery from an injury last season.

The younger brother of Colorado defensive lineman Jayden Simon, he’ll bring some advanced knowledge to spring ball and should be capable of getting off to a strong start. His positional versatility should help as well, as he starred on both sides of the ball in high school and could likely play linebacker, safety, running back or wide receiver in college.

The other Texas transfer makes this list as well, as Xavion Alford could wind up grabbing the starting safety spot vacated by Talanoa Hufanga. He never played for Todd Orlando or Craig Naivar at Texas, but he was recruited there by them and both sides are very familiar with each other.

He played in four games and had three tackles last season, so he doesn’t bring a ton of experience, but he’s seen action at this level. USC brings back Chase Williams and a few other options at safety, so this won’t be a situation where Alford simply walks into a vacant spot. But again, the added dimension of a new player coming in with the ability to grab a spot should heighten that position battle and help the defense overall.

Safety will absolutely be a key spot this spring, as Alford joins three high school prospects as additions at the spot. Anthony Beavers, Xamarion Gordon and Calen Bullock could have earned joint spots on this list, as the play at the safety spots will be critical this season following Hufanga’s departure.