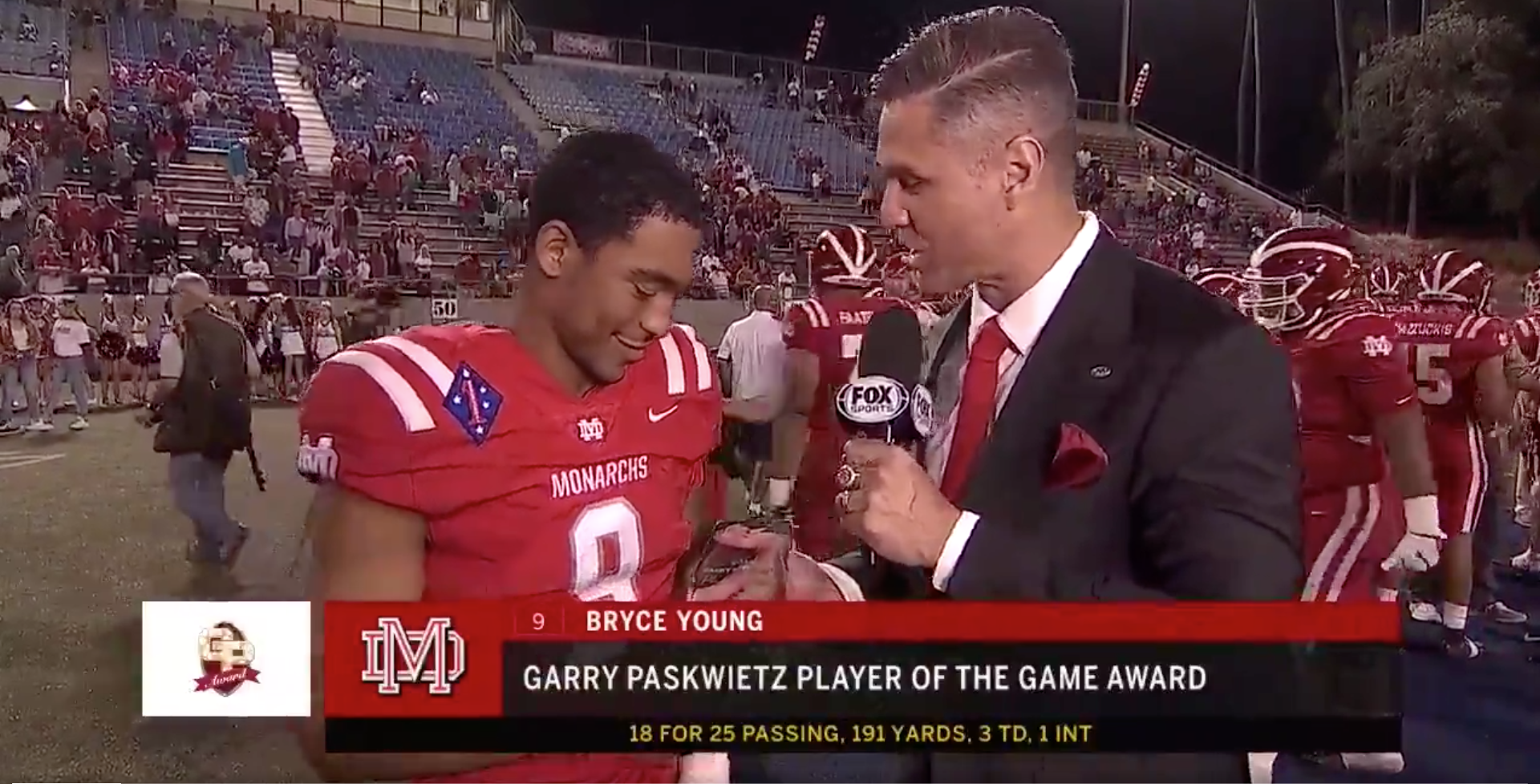 Fox Sports is making sure that the contributions Garry Paskwietz made to the world of high school football coverage in Southern California will live on. Friday night marked the first awarding of the Garry Paskwietz Player of the Game award, which will be given to the standout player from Fox Sports televised game of the week.

Paskwietz was obviously well known for founding this site, WeAreSC.com, but perhaps no person did more to further the coverage of high school football in the region than GarryP. Paskwietz served for years as an integral part of Fox Sports’ coverage of high school football, helping the network choose the right games to broadcast and tell the most compelling stories about players in Southern California and throughout the state.

Friday night was the first broadcast since Garry’s passing in January, and Fox Sports made sure to commemorate him.

Fittingly, the first ever award went to a future Trojan, in USC quarterback commitment Bryce Young, who led his Mater Dei team to a big win over Corona Centennial.