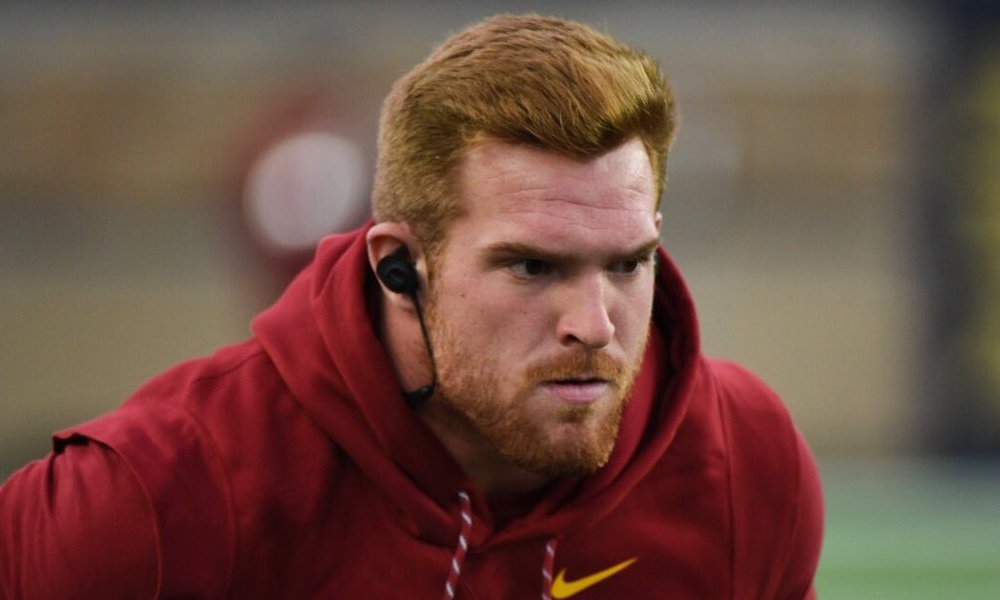 There was so much build-up, so much talk about this being a big-time match-up between two rivals that were highly ranked with a lot at stake.

Unfortunately, the game itself turned out to be extremely one-sided, not only in score for the Irish in the 49-14 victory, but in physicality, execution and fight.

This doesn’t happen often to the Trojans. We said the same thing last year after the opening game against Alabama, but that doesn’t make it any less true today. And to have it happen against the Irish, in South Bend, on a national stage, well, any person in cardinal and gold can tell you how they feel about it right now.

It was one of those days where things went wrong from the start, literally. On the first USC offensive play of the day (which took place on the Irish side of the field), there was a muffed snap, the ball was turned over on a fumble, and Notre Dame quickly scored to take a 7-0 lead. For a Trojan offense that had struggled with turnover issues lately it was a bad omen against an Irish defense that would get three turnovers in this one, not to mention that we’re seven games into the season and a botched snap is how we start the game.

The Irish got the ball again and continued their running attack. To be honest, they started then, built the score to 14-0, and didn’t stop until they had piled up an astonishing 377 rushing yards.

There was a brief moment where it looked like the Trojans would make it a game, as Sam Darnold and the offense drove into the ND red zone at the start of the 2nd quarter, but a defensive holding penalty and unclear call led to a 4th and 2 and Clay Helton elected to go for a chip shot field goal, which went wide right. It was that kind of night for the Trojans, especially after Jackie Jones (newly inserted at PR for this game) fumbled a punt deep in the USC end, which led to another ND score and 21-0 lead.

The game went painfully on like that until the clock struck zeroes. There was no late Trojan comeback that we had seen a few times this year, no magic from Sam, no defensive stops that would help turn things around. Instead, Sam spent the final quarter of the game on the sideline nursing a sore ankle and the Irish held a Saturday night party at our expense.

I’m sure their celebration looked similar to the one at the Coliseum last year when Adoree’ Jackson danced in the rain as the Trojans put one on them. We didn’t care to hear about their injury issues that day, just like they didn’t care to hear about ours in this game. What matters when you beat your rival big is that you did it and I’m sure they are going to enjoy this one.

For the Trojans it will be very interesting to see how they respond. Notre Dame responded to what happened last year with a physical turnaround on both sides of the line. The Trojans have pressing issues to address without the benefit of an off-season or even a bye week, they go on the road next week to face an ASU team that has a lot of momentum, not to mention a good defense. That second half schedule that just a few weeks ago looked pretty inviting for the Trojans is all of a sudden a much tougher road, and the spotlight will be solidly on the USC coaches and players to see how they handle it.

Let’s face it, the problems that raised their heads against Notre Dame have been present to varying degrees all season long, even as the wins were adding up. And with the way the loss happened last night, in such a dominating fashion, it won’t just be wins that get counted the rest of the way. Yes, it will be nice to make a run at a Pac-12 title but the equally important measure will be the fight, the competitiveness that is shown.

Here’s a quote from Riki Ellison, a linebacker known for his intense style of play.

“There are no excuses, this is USC Notre Dame, you play through and you win through injuries, bad calls, bad breaks, bad conditions and you play with HEART and NEVER LET UP, and BRING IT EACH AND EVERY DOWN. THAT IS USC FOOTBALL and WE DID NOT SEE THAT TONIGHT.”

Those words speak volumes for how former USC players view what they saw. And Lynn Swann was raised in a similar Trojan football culture as Riki. Those men aren’t used to seeing the Trojans line up against the Irish like that. Even Helton made a comment after the game, “that’s not us, we know that.”

There’s only one way to prove that coach.