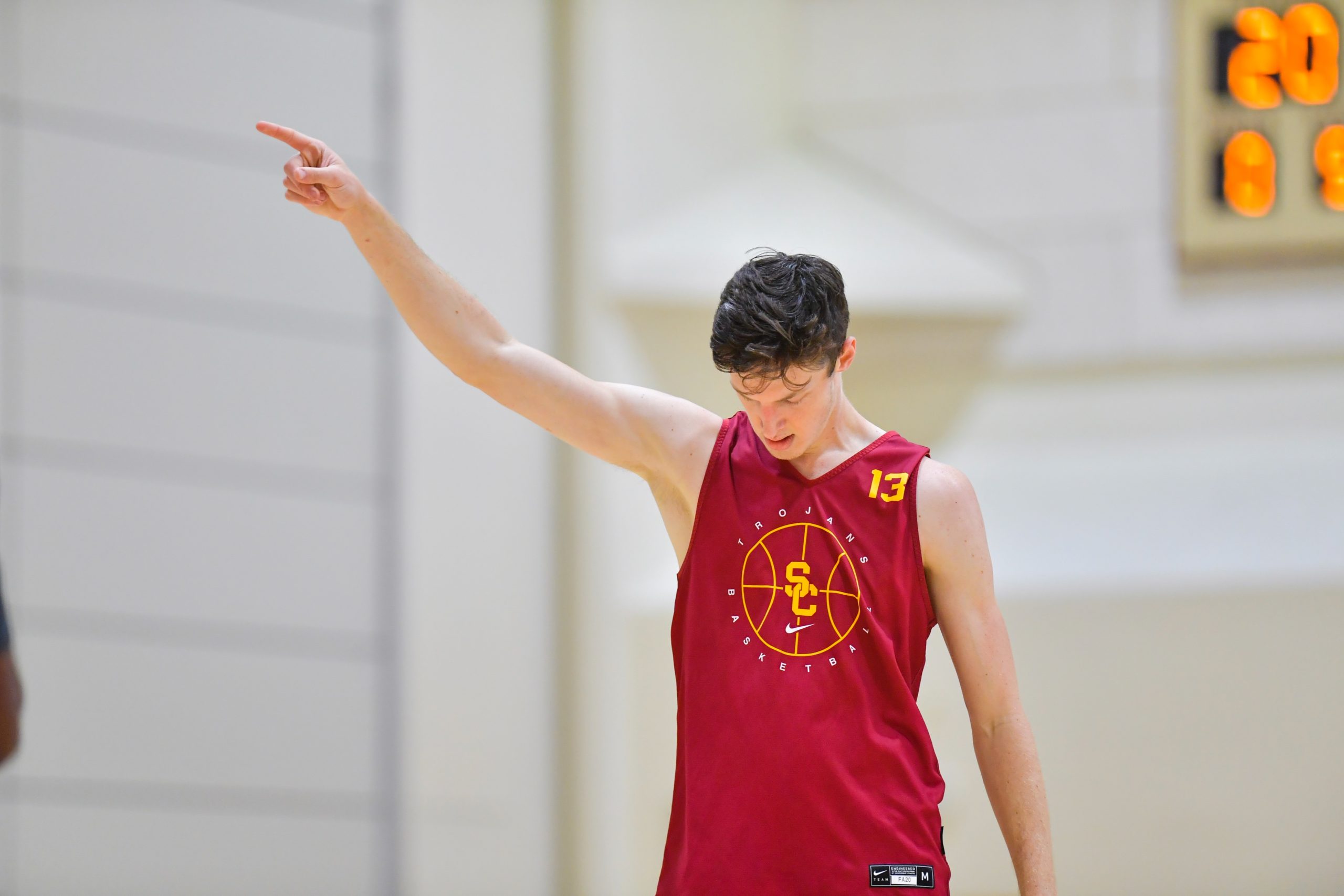 In Friday’s media conference Andy Enfield and Max Agbonkpolo talked in depth about the upcoming season and compared this year’s team to last season’s. Everyone is healthy except for a few minor injuries and everyone will be ready for the first game on Wednesday.

There have been rumors over the last few days that the NCAA has granted Drew’s waiver application, which Enfield confirmed. Last year Drew led Rice in rebounds, assists and steals, averaged over 11 points and had a high game of 24, and made 82% of his foul shots. He has two seasons of eligibility remaining including this year.

Drew has impressed the coaching staff with how quickly he picked up the Trojan offense. Enfield said that, “Drew is 6-foot-7 and can play every position except center. He is a very good passer and all around player. Drew can shoot and will help us a lot. He’s just a basketball player.”

Expectations For This Season

Enfield called this year “a very special and unique season.” He hopes that they will be able to play the full 27 game regular season. This team can be better on offense and defense than last year in part due to their size and length. The staff’s concerns when practice began were how well the big men would play together and if they had enough play making. Ethan Anderson has improved a lot, Tajh Eaddy has not been turning the ball over in scrimmages, and Drew can handle the ball. One major improvement from last year is the ability of the bigs to pass. In a recent short scrimmage Evan and Isaiah Mobley combined for 7 assists without a turnover. Chevez Godwin’s passing has also improved.

A key to this year’s team will be how much the three sophomores have improved. Enfield said they needed all three to make a big jump and they all have shown great improvement. Max said he has gotten much stronger and has worked on his shooting and ball handling over the summer. “I will do anything to help the team win. That’s all I care about.” Max said his main roles are to play hard on defense and make open shots. He thinks that he and Drew have a lot of length on the wing and if they are beaten on a drive they know that Evan or Isaiah are behind them.

Enfield added that Isaiah Mobley “has made a big jump in leadership skills. He leads by example and is vocal when needed. He has an uncanny ability to see the entire floor and usually makes the right pass.” Max said that it is routine for Evan to be surrounded by three players near the rim and still score.

The coach also thinks this team can be better defensively than last year. They are not as physically strong after losing Big O and Daniel Utomi but they have more length. Evan Mobley has a 7’5” wing span and is very active on defense with his arms and legs. Chevez Goodwin is very tough inside and plays with a lot of energy. This team is somewhat similar to Enfield’s Sweet 16 team which was also long and very athletic, but this team is bigger.

Enfield’s Take On The New Recruits

Malik Thomas: Malik is a 6’3” guard and an elite scorer. He drives strongly to the basket and can pass off the drive, and he plays very hard on defense.

Reese Dixon Waters: Reese is a 6’5” guard and an accomplished shooter and can also handle the ball. He can play the 1-3 positions. Both Malik and Reese have college ready bodies.

Kobe Johnson: Combo guard who averaged 19 points, almost 9 rebounds and 5 assists as a junior. He is almost 6’6” and had 6 or 7 triple doubles last season. “He is an intriguing prospect, and sees the floor very well. His basketball IQ is very high.”

Harrison Hornery: He is 6’10” and has been in the states for three years from Australia. He is an elite shooter, making over 40% of his threes. Not real athletic but good on the boards. Harrison can stretch the floor somewhat like Bennie Boatwright.

The full non conference schedule has not been released yet; they are working to finalize one more game. Besides the games next week against Cal Baptist and Montana and the two games they will play in The Legends Classic in the first couple of days of December in Connecticut (meeting BYU in the first round), Enfield confirmed that the Trojans will also play UC Irvine and USF in December.

In commenting about Big O being picked sixth in the draft Enfield said that “it was awesome to see what the moment meant to Onyeka and his family. He has always been underrated and was not on a lot of draft boards before last season. I’m thrilled for him.”