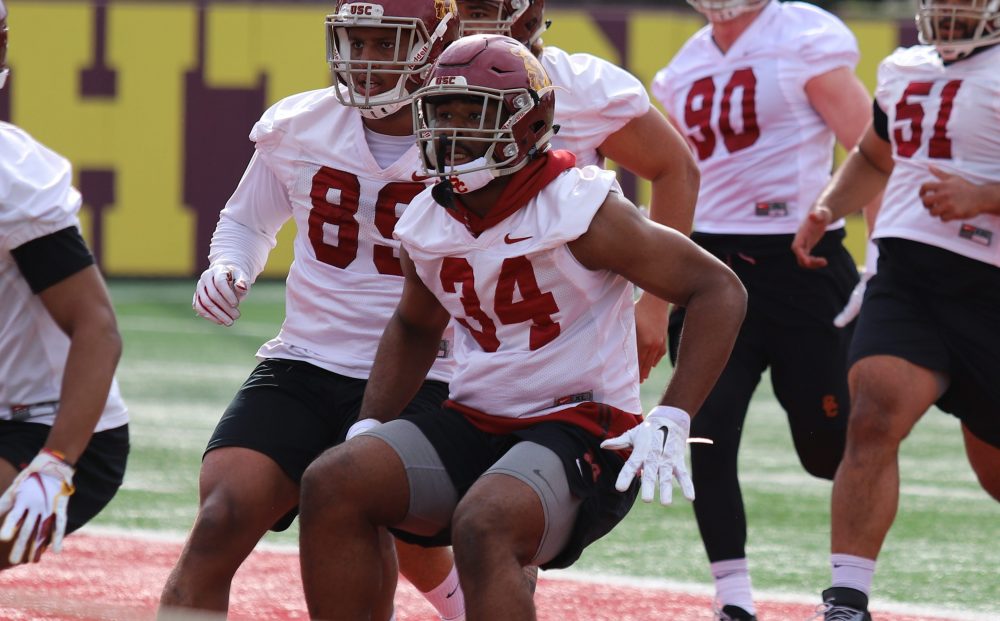 USC confirmed the injury and surgery to The Athletic and said there is no timetable for his return. This is the second reported injury of the offseason, as USC wide receiver Kyle Ford will likely be out for an extended time after reportedly tearing his ACL and undergoing knee surgery (USC has reportedly confirmed the surgery for Ford).

These are two disappointing setbacks for two players who have already dealt with injury issues during their short USC careers. Winston missed extended time last season while dealing with a severe turf toe issue. He sat out the season’s first six games before seeing the field for the final seven, and starting at Arizona State.

Winston recorded eight tackles on the season, with three coming against UCLA.

Winston was one of several linebackers to move between inside and outside linebacker as the Trojans dealt with depth issues following some injuries. He was set to compete at inside linebacker this past spring.

USC has good depth at linebacker, but very little of it is truly proven at this level. There have been positive flashes from Palaie Gaoteote and Kana’i Mauga, and Jordan Iosefa is a strong senior leader hoping to come back fully after missing all last year due to a knee injury.

The Trojans have a potential massive addition in the middle if Solomon Tuliaupupu can return healthy following two years on the sideline recovering from a foot injury. USC will also have second-year inside linebackers in Ralen Goforth, Tuasivi Nomura and Maninoa Tufono.

On the oustide, Hunter Echoles and Abdul-Malik McClain have both flashed big-time potential. Winston would be able to provide depth or potentially push for an unmanned starting spot in defensive coordinator Todd Orlando’s new scheme. He’d also have an opportunity to contribute on special teams, as new coordinator Sean Snyder will be looking to put his stamp on every special teams group as USC needs better production across the board there.

Winston is one of the Trojans’ more physically imposing linebackers, at 6-foot-3, 240 pounds, and is heading into his third season in the program.