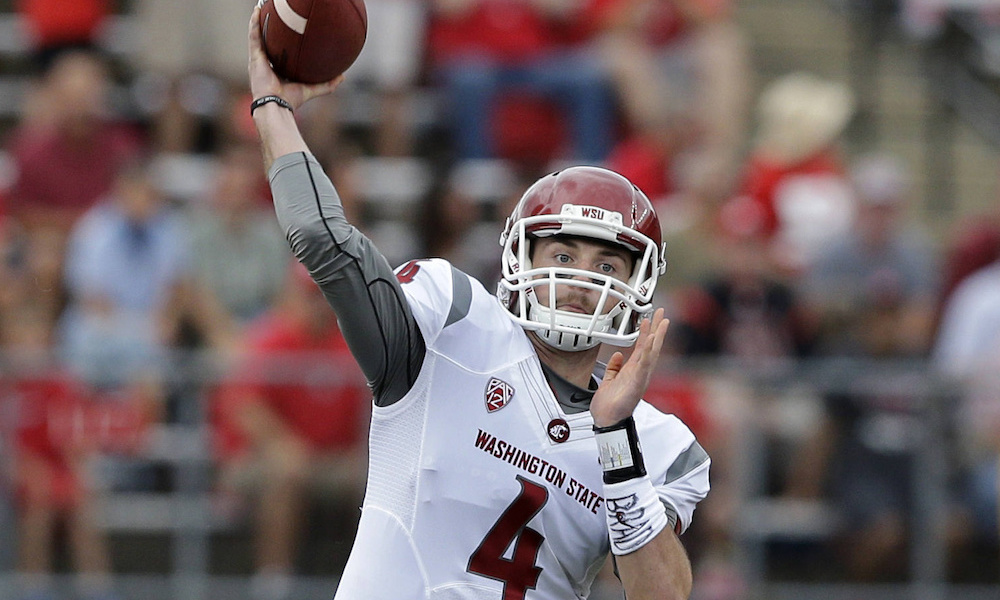 During the off-season when looking at the Trojans 2017 schedule it was easy to look at the upcoming match-up with Washington State as the proverbial “trap” game.

It would be the first trip out of state for the Trojans, a long flight to Pullman, and on a Friday night, which means a change in the normal practice routine. It was also going to be the 2nd of back-to-back road games, while the Cougars have opened the season with 5 straight home games. On top of that, we knew the Cougars had the potential to be good with Mike Leach running his offense with a 5-year QB in Luke Falk.

What we didn’t know was how good the Cougars would be. Right now they are unbeaten at 4-0 and ranked #16 in the country. As expected they are putting up huge offensive numbers but their defensive numbers have been pretty solid too. It will be a wild atmosphere with a sold out Martin Stadium, and it likely means another solid test for a USC team that has seen its share of those so far this season.

In his 6th season at Washington State, Leach has his system in place, they know their identity, and the Cougars are off to their best start since 2001. It certainly helps to have a quarterback like Falk with 32 career starts under his belt and he’s the NCAA active career leader in passing yards, TD’s and total offense.

“Everything runs through the quarterback with them,” USC head coach Clay Helton said. “He’s been so efficient this year.”

One thing that is a little different this year for the Cougars is the reliance on the running backs in the passing game. They lost a pair of productive receivers from last season in Gabe Marks and River Cracraft, so this year the leading pass-catcher is RB James Williams, who is 5th in the nation with 37 catches (266 yards, 3 TD’s). They still bring some good wide receivers, including Tavares Martin Jr. (26 rec, 390 yds, 15.0 avg, 6 TD) and Isaiah Johnson-Mack (24 rec).

Leach isn’t exactly known for his defense but the Cougs have seen good results so far.

“They have been lights out on defense, only giving up 262 yards per game,” said Helton.

That total defense mark is good for 12th in the nation, and their pass defense is also ranked #12, so it will be another game where the Trojan offense will likely face a defense that is stacked to slow the run while forcing them to hit some deep throws. That’s been a challenge lately for Sam Darnold and company, and Helton knows it.

“We need to be able to run the ball to set up the pass, and then when we got our opportunities on a deep play we have to hit it,” Helton said. “Last week we ran the ball for 130 yards, we want that number to be 200 or more. Our longest pass play was 19 yards, we need to get something down the field in order to soften up the defense for the run.

“And there are two big keys against Washington State. First, you have to get off to a fast start, because they do. They have outscored their opponents 87-19 in the first half this year. But the biggest point of emphasis for us has to be performance in the red zone. When we get down there, we have to come away with touchdowns. Last week in the red zone we had two turnovers, a 4th and 1 stop, and 3 field goals. We have to be better in that area.”