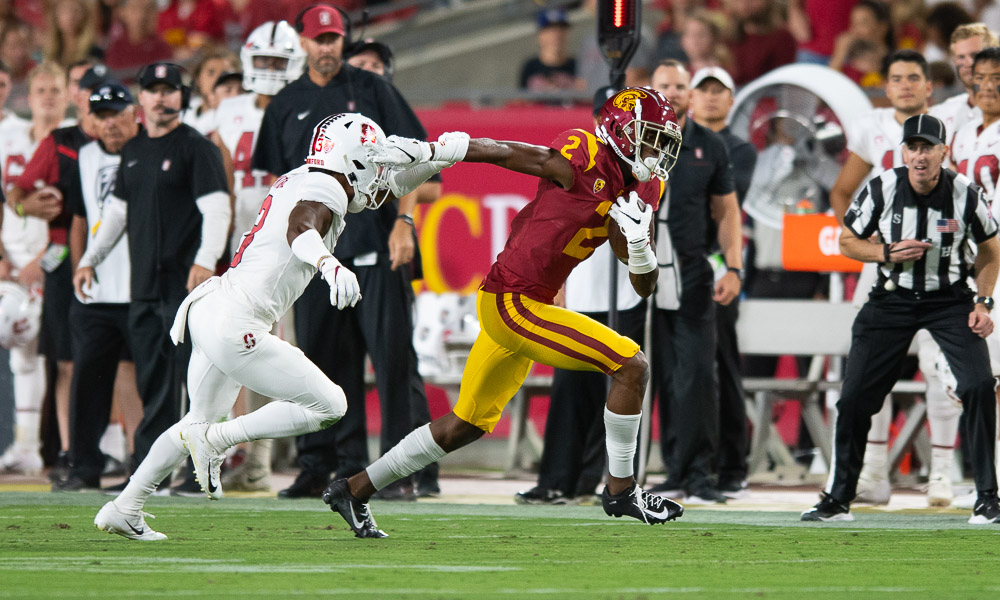 USC wide receiver Devon Williams entered the transfer portal on Wednesday, dealing a blow to the depth at the position for the Trojans moving forward.

Williams caught just four passes for 87 yards and a touchdown in 2018, but showed major flashes of potential during spring ball and throughout fall camp, taking huge strides as a receiver. He could be inconsistent at times catching the ball, but also came up with some spectacular plays.

Through two games, the Trojans have completed 59 passes, but just one of those has been to Williams, as he sits behind senior Michael Pittman on the depth chart.

It certainly feels like a rash decision for Williams to look to transfer if it is solely about playing time, as he appeared to be in position to take over for Pittman as a starter next season. Though, it’s also easy to see that two true freshmen had multiple receptions against Stanford — Drake London with three catches for 62 yards and Munir McClain with two catches for 10 yards. USC also signed John Jackson III, Kyle Ford, and Bru McCoy as wide receivers in the 2019 class, though Ford and McCoy–the two highest-ranked prospects–have yet to see the field this year.

Williams is the second USC player to put his name in the transfer portal since the start of fall camp, as he joins quarterback Jack Sears, who is no longer with the team.

Williams was the No. 40 overall prospect in the 2018 class and selected USC over Oregon. He was a two-way prospect in high school who was continuing to improve as a wide receiver.