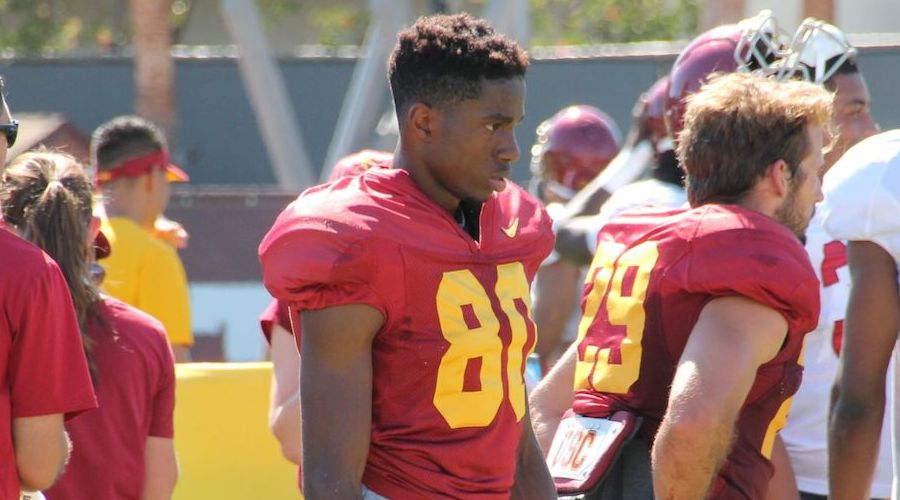 On the Wednesday leading up to USC’s victory over Cal, the Trojans received a special visitor at practice in former USC and NFL star wideout Keyshawn Johnson. As practice broke, the first player who made his way over to the Trojans legend was freshman receiver Deontay Burnett.

Having played for Johnson’s Team 19 squad on the offseason 7-on-7 circuit while in high school, Burnett jumped at the chance to reconnect with his old coach and soak up every ounce of knowledge that he could.