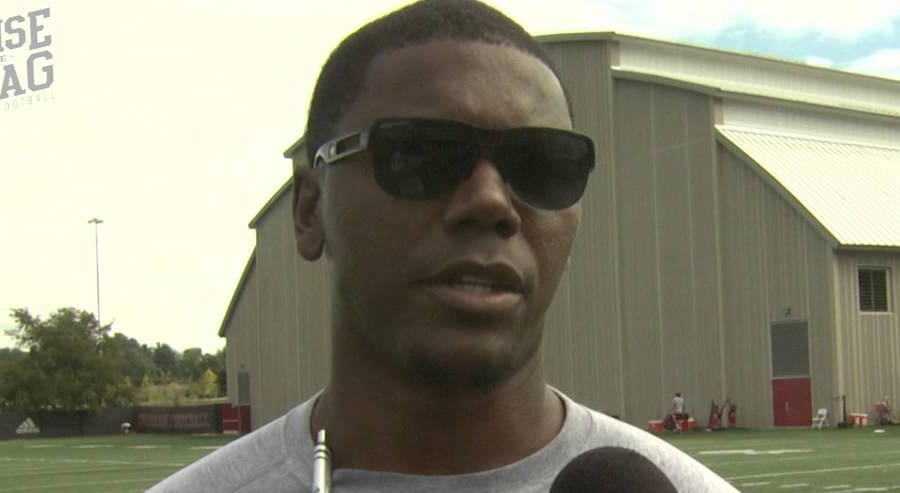 USC has announced the hire of Deland McCullough as the new running backs coach.

McCullough comes from Indiana, where he has spent the past six seasons coaching the RB’s for the Hoosiers while they have gotten some of the best play at the position in school history. In his time at Indiana the running backs set 19 school records, and he has seen three consecutive running backs leave early for the NFL.

Tevin Coleman ran for over 2,000 yards in 2014 and was drafted in the 3rd round by the Atlanta Falcons, where he played a key role in the run to the Super Bowl. Jordan Howard played one year at Indiana after transferring, he was later drafted in the 5th round by the Bears and made the Pro Bowl in his rookie season. This year it was Devine Redding who leaves after posting back-to-back 1,000 yard seasons.

McCullough played college ball at Miami of Ohio, and played professionally in the NFL, CFL and XFL.

“We are thrilled to welcome Deland to the Trojan Family and fortunate to have him on our staff,” said Helton.  “He had great success recruiting and then developing prolific running backs at Indiana who were NFL ready.  The Indiana run game during his time was effective, efficient and productive.  He understands the running game and was himself a very skilled runner as a college and pro player.  He relates well to his players and has a unique background dating to his days working in education as a principal.”

At Indiana, he tutored 3 future NFL running backs in Stephen Houston, Tevin Coleman (who scored a touchdown in Super Bowl LI) and Jordan Howard, while Devin Redding is likely to get drafted this year.  Coleman (2015) and Howard (2016) became the first Indiana running backs to be drafted in consecutive years since 1990-92.  In 2015, All-Big Ten first team honoree Howard (1,213) and Redding (1,012) each eclipsed 1,000 yards, a first in program history, and Redding did so again in 2016 (1,122) to become the first Hoosier to accomplish that since 1990-91.  In 2014, Coleman was a unanimous All-American, All-Big Ten first teamer and Doak Walker Award finalist when he finished seventh in the Heisman Trophy voting and ran for a school record 2,036 yards.

McCullough came to Indiana after spending 2010 as an offensive and special teams intern at his alma mater, Miami (Ohio).  The RedHawks captured the Mid-American Conference championship that season and won the GoDaddy.com Bowl.  After the season, he was promoted to Miami’s running backs coach, but left soon after for Indiana.

Before Miami, McCullough worked in education at the high school level as a teacher, head football coach, athletic director and certified principal.  He was the head coach at Harmony Community School in Cincinnati (Ohio) for 4 seasons (2001-04).

He earned his bachelor’s degree from Miami in 1996.

He prepped at Campbell (Ohio) High.