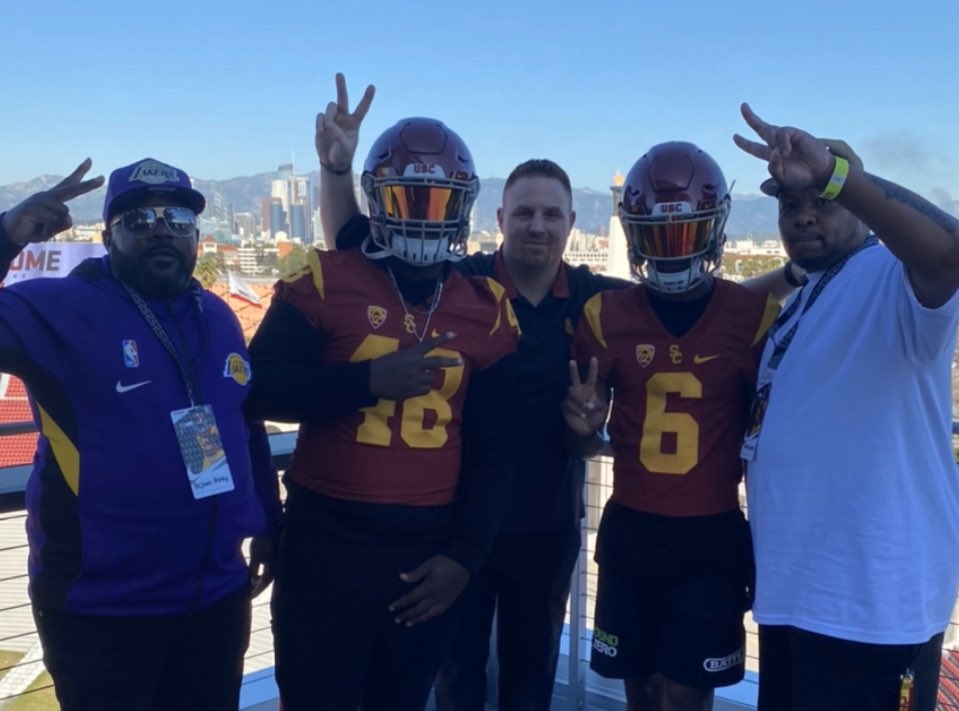 Southern California has not consistently produced highly-rated defensive tackles in recent years. That’s why, when one shows up, as four-star Dejon Roney (Etiwanda, Calif./Etiwanda) has in the 2022 class, it’s imperative that USC finds a way to land him.

Dating back to the 2017 recruiting class and including the 2022 class, when looking at the top 50 prospects in the state each year–300 total recruits–there have been just eight Southern California defensive tackles.

USC has signed two of those–Kobe Pepe and Tuli Tuipulotu in the 2020 class–and has a verbal commitment from another, in 2021’s Jay Toia (Simi Valley, Calif./Grace Brethren). Now, two more are in the 2022 class and hold offers from USC, as Damonic Williams (Mission Hills, Calif./Alemany) joins Roney.

He possesses a terrific combination of size and agility, and the Trojans have certainly taken notice. USC was his first scholarship offer back in early December 2019, after he posted 89 tackles and three sacks as a sophomore. Following a full defensive overhaul at USC, he’s embraced the transition to the new defensive staff.

He spoke glowingly of So’oto.

“He’s a guy. I’m telling you,” Roney said. “He’s been asking me how I’m doing with school work and how everything is going. He’s trying to take me into his arms.”

Roney said he has a top list right now, but could wait to released it until the start of his junior season, which has been pushed back to January. It will likely include seven schools, though there’s a chance this could eventually become a two-team race between Oregon and USC.

Salave’a is a huge reason the Ducks are in this, as Roney has followed him on social media and looked up to him for years. Oregon hasn’t shied away from coming into Southern California to pull recruits to Eugene in recent years, and the Trojans could have their hands full in another recruiting battle.

But USC could be in good shape if the Trojans continue to recruit Roney hard. He was able to take an unofficial visit to USC before the extended dead period was enacted, and got some face-to-face time with Orlando. His initial interaction with Orlando was one he still remembers, as the USC defense coordinator had one question for him upon entering the room.

That’s where Roney says a lot of the strength of his game lies–his non-stop motor and willingness to make plays all over the field.

“I feel like I can stop the run really well and I’m always running to the ball,” he said of his on-field abilities. “Even if it’s 50 yards downfield. I’m an all-around defensive-minded player.

Another plus for USC is Roney’s versatility. So’oto has spoken about how he’d like his defensive linemen to be able to line up in several different techniques in Orlando’s defense, which could require a lineman to basically shift between defensive tackle and defensive end at times. Roney would seem to have that ability.

Roney said his freshman season he played more in the interior of the line, but moved outside a bit as his pass-rush moves improved. But interestingly enough for a prospect who can play both tackle and end, Roney said he prefers playing inside, citing the physical and mental challenges that exist in that battle in the middle of the trenches.

Staying close to home is absolutely a factor that Roney will take into account, and he said he would love to be able to stay close to home in order to help take care of his mom.

The extended dead period hasn’t allowed him–like all recruits–to take unofficial visits this summer and fall, but he said as soon as those restrictions are lifted, his first trip will be to USC.

Programs will have several more months to make their pitches to Roney, as he said he would like to make a commitment next spring, following his junior season.

USC had just one commitment in its 2022 class–linebacker Niuafe Tuihalamaka (Mission Hills, Calif./Alemany)–for more than seven months until quarterback Devin Brown (Queen Creek, Ariz./Queen Creek) announced his commitment to USC this past weekend. While Roney likely won’t be a part of any immediate 2022 recruiting run for the Trojans, as he’s pointing to April or May for an announcement, he said he can feel the USC staff is active in the 2022 class while putting the finishing touches on the 2021 group.

“They are ready to build that class for sure,” Roney said.