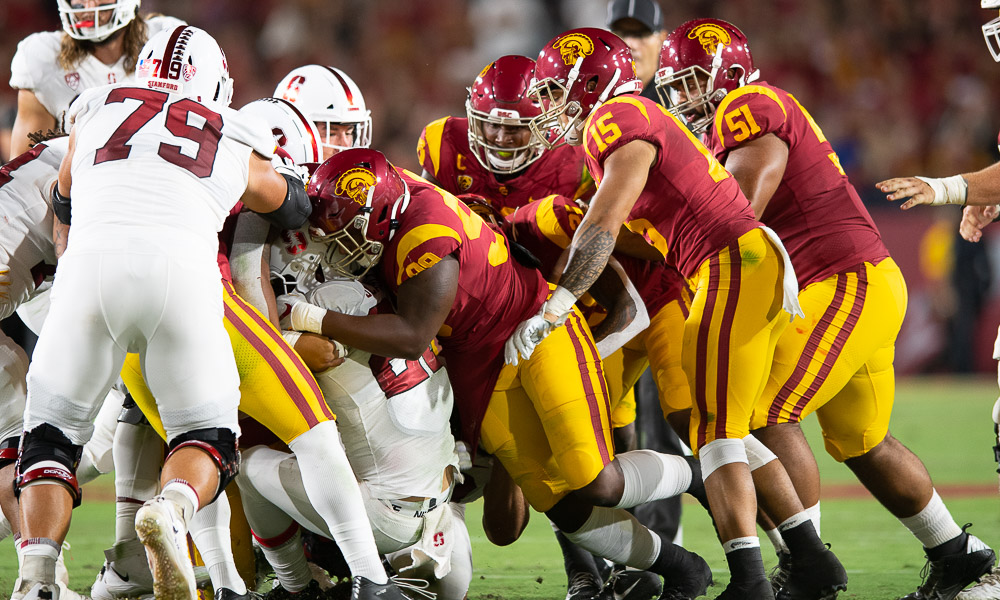 After last night’s smack down of No. 24 Stanford, you might be asking yourself a question like, “Who are those guys in the Cardinal and Gold? They can’t be the same team from last week we saw against Fresno State, can they?” Well, newsflash, same guys, different outcome on both defense and offense. Special teams were a mixed bag with a fumble lost and inconsistent coverage, but a crucial deflected Stanford field goal attempt.

So, what changed? Like you, I watched a young freshman QB who, just six months ago got to attend his high school prom, dismantle a pretty good but ultimately over-matched Stanford defense. The positive impact that performance had on the entire team and this game was jaw-dropping. The impact on the season remains to be seen but my Hope-O-Meter is starting to twitch a bit. Shutting out Stanford in the second half was impressive and not easily done.

So, let’s talk about the defense…

Overall, this game may well prove to be a watershed event. I was really thrilled with the second quarter on. Stanford is a tough opponent and we out hit them, out-quicked them and our offense dropped a hammer on them. They’ll remember this trip to LA.

A serious shout out to Clay Helton and Graham Harrell regarding the Slovis decision as backup QB. I was a doubter…no longer. He is something else and the perfect tonic this team and program needed.