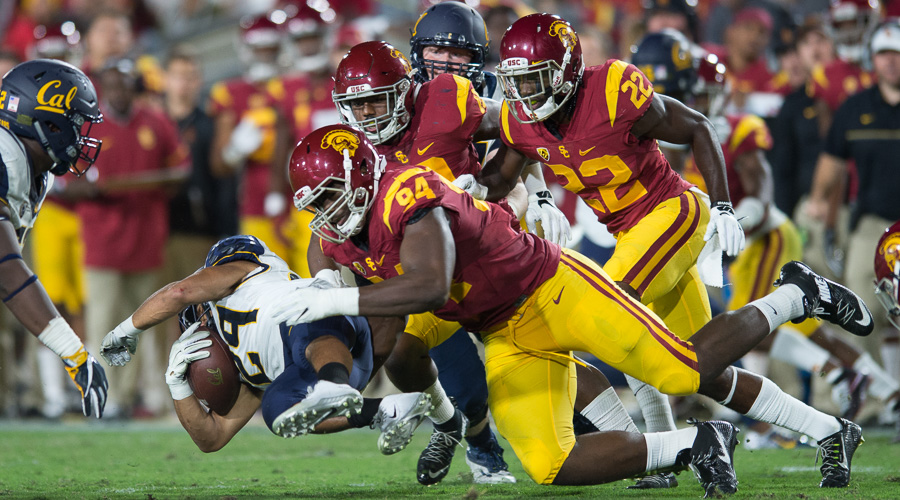 I can’t help myself so I’m jumping in before there’s been a single practice in preparation for the Grand Daddy of them all 2017 edition. This point of view is of course based upon our defense’s body of work combined with some statistical analysis, film review of Penn State and background information from some football folks that I really respect. Ok, let’s go…

This will be a physical football game but, and this is an important but, Penn State (PSU) is not a power football team in the mold of Alabama (who is right now?) or Stanford. They are a spread team but with a heavy lean to the run (1st and 2nd downs) but not pass. This is a team that ran 58% of the time with the majority of carries to a really good sophomore running back (Barkley) followed by the QB McSorely. Touchdowns follow a similar pattern with 55% running TDs and 45% passing. PSU has a really impressive red zone success of 86% compared to our 80%. Penn State is very careful with the football with only 5 int’s and 12 fumbles lost so they are +3 in turnovers…not great but better than our -2. A key weapon for PSU is their place kicker converting 22 of 24 FG tries and all 55 PAT attempts. Not bad…

So what does this all mean? It means we can defend PSU well if we play good sound football. I would love to get some feedback regarding practice intensity and conditioning. One advantage Penn State has is that their conference championship game was just this past weekend and we will have been off for an additional week. I really prefer playing into December if possible so unlike last year’s Holiday Bowl prep we need to run the troops hard, condition, hit, block and tackle…Trust me Penn State will do all of the above. But they haven’t seen a team like the Trojans. Fight On!