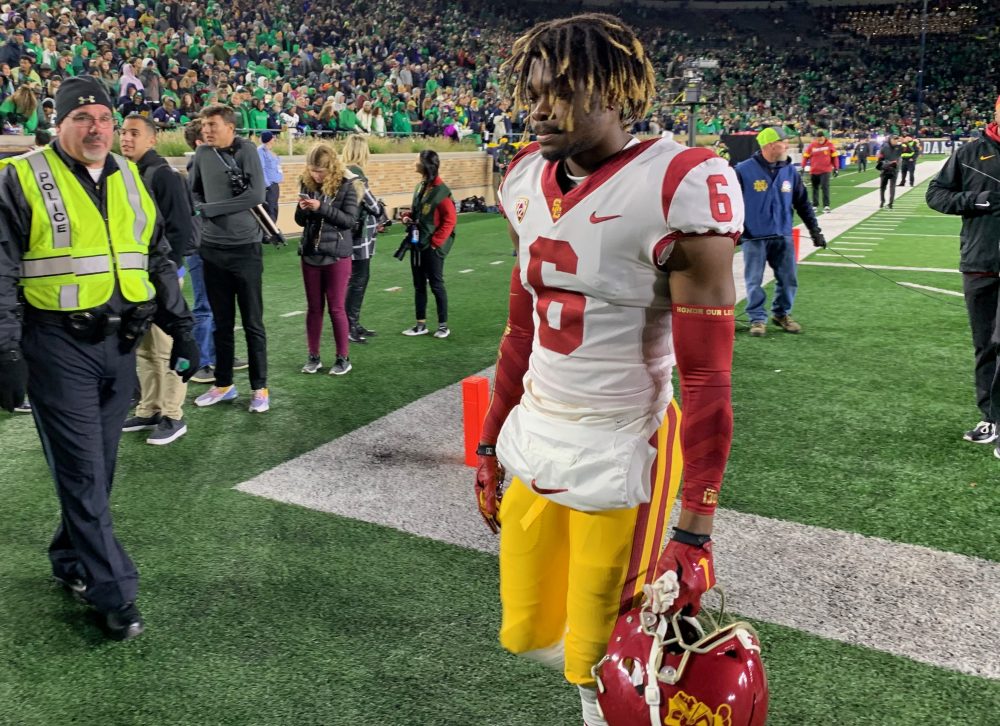 Let me start by pointing out the most obvious question there is; why did Markese Stepp not start and carry the ball 20 times or more? Notre Dame’s Tony Jones Jr. had no problem running 25 times for 176 yards. I think Stepp would relish the opportunity to shine as USC’s go-to running back.

Also, please help our defense (which still won’t practice tackling) by putting Stepp on the field, which causes our offense to open up, generate points and positive momentum. This is by far the best tonic for this defense, which refuses to tackle properly or stop 50% of ND’s combined 3rd and 4th down conversions (9 of 18). With Stepp on the field, Slovis isn’t sore and beaten up. Stepp probably is, but we likely win that game last night. I think it’s that obvious and profound. Is the coaching staff stupid or just apathetic? Clearly, they don’t know and don’t seem to care. Apparently, they are going to take what the defense gives them. Well, what did ND take from our defense? Answer; whatever they wanted despite our best efforts as evidenced by their three drives over 75 yards and three touchdowns. Ouch…

There is no immediately available statistic that tracks missed tackles. That happens during film review and some graduate assistant has to review each play and count. He’s very busy today. So, what stood out to me yesterday?

Our defensive scheme was principally the same as last week against UW. We did use Cover 8 more than two weeks ago. Not my favorite coverage against a disciplined QB capable of running but it does serve useful purposes used sparingly and with speedy personnel.

I also have to mention that our special teams had some real issues…again. Velus Jones is not the effective kickoff returner we saw in week 1 against Fresno State. And I really don’t get the kickoff rotation.

So, what is the upshot here? Moral victories don’t count, so get ready for Arizona and make something positive out of this season that resembles Trojan football.