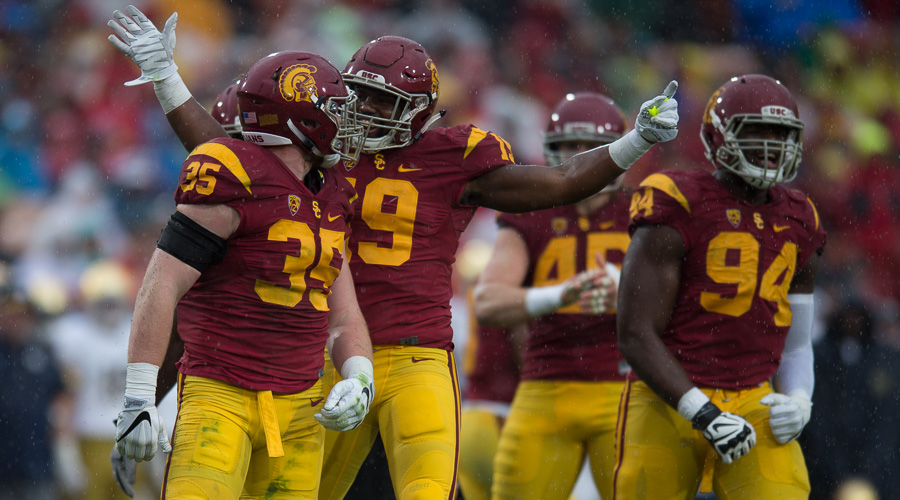 This was a game when the defense was not at its best but still good enough. When combined with our explosive plays the outcome was a rewarding smack down of this Notre Dame football team. Btw ND #99 we all have very long memories…see you next year my friend. As for the defense our results were mixed and ex-explosive plays this was shaping up as a real slugfest. But in 17 seconds after three straight punts by our offense and despite unbelievably poor officiating this game was turned around. This happens to Notre Dame on very special occasions in the LA Coliseum (1974 below as a reminder).

The key metrics from yesterday that are really interesting include:

The game within the game was fascinating. I have to say that ND did a pretty good job for a team coming in with a 4-7 record. Our plan as it unfolded was of course great first and second down defense (usually against the run) and force longer 3rd down conversions. We held ND to 7 out of 19 3rd/4th conversions. But the scheme that CP used was pretty unique and different than any other game this season.

Part of Pendergast’s plan was to pressure QB Kizer with A-gap pressure combined double safety and/or nickel back blitzes. He went after the TE side (if there was a TE) which is also a departure from norm contrasted to prior games when the pressure would come from the nickel back and the offside CB on a read blitz. Regardless of formations including 3-n-1 (trips) or 2 & 2 (2 WRs each side) CP still dialed up safety pressure. We also saw some twists from both Nwosu and Gustin (both of whom are really improving this season). If this sounds a bit fuzzy I could draw it better but the long safety blitzes were pretty easy to see and were new for this defense. Effectiveness was clearly mixed but generally good.

What didn’t work well was A-gap control. ND isn’t a true power team though they may want to rethink their offense along those lines. The ND offensive line is a handful and the quick traps into the A-gap they ran were very difficult for us to handle. Again our defense is better designed and equipped to handle the sophisticated QB centric teams in the Pac-12. Power teams will continue to give us issues with current personnel and scheme.

Net, net this was a fun game with all the darker undertones that usually accompany a Notre Dame football game. We don’t like them; they don’t like us. They lost and we won. It’s great to be a Trojan. 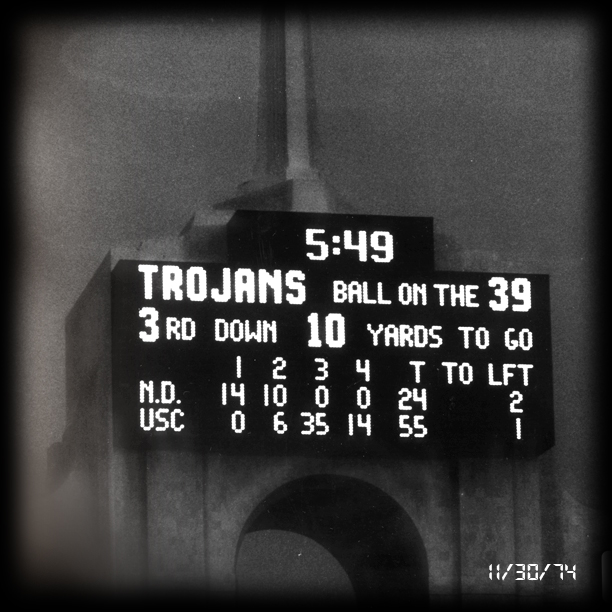