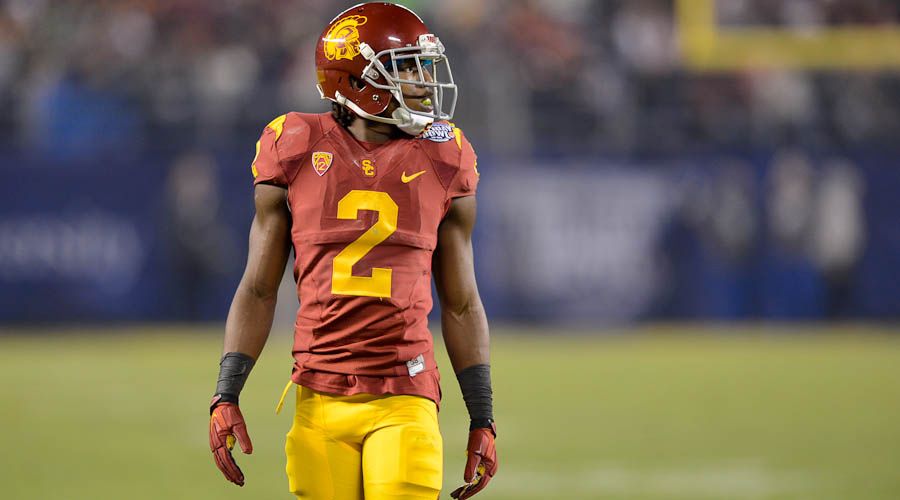 It is a good thing to finish off a season such as this with a win over a talented Nebraska team. NU’s offense was one of the best we saw all season. We played just enough defense to win the game while still giving up 42 points (25 in the second half), 28 first downs, 525 total yards, 94 plays, 34+ minutes of TOP, 6 out of 7 Red Zone scores (4 TD’s and 2 FG’s) and 3rd/4th downs conversion rate of 35%. Ok we all agree it wasn’t a pretty performance but a win. Some late in the game redemption for Leon McQuay and some great individual efforts by AJ, Williams, Cravens, Pullard and others. Probably as key a statistic as can be to describe why we ultimately won the game (other than 45 points scored) is NU was 1 for 3 on 4th down conversions in the 4th quarter with the one successful conversion a touchdown and last stop was the game clincher…what a contrast.

Wilcox dialed up the same scheme he has been using the last four games. We play a 4-3 hybrid with rush end anchored by Tavai with Felix spelling J.R. situationally. The secondary played a lot of two safeties (halves) with man coverage (mostly man-back on strong side and man-up to the weak side). Pullard also played some occasional man coverage. We slanted the line infrequently and I noticed only a few twists which may have been ad-libs. Wilcox did not bring extra pressure except for an occasional blitz on 2nd down usually. Pullard did a nice job confusing the offensive line calls by switching his A gap alignment over the center.

Our leading tacklers were Josh Shaw, Leonard Williams (who also had a sack with an unsportsmanlike conduct) with nine a piece while Hayes Pullard added eight. The secondary with John Plattenburg and Adoree (seven tackles each) and linebacker Su’a Cravens (six with a tackle for loss and a beautiful interception). We did miss at least three legitimate shots at interceptions in the secondary which will be an area of emphasis this spring I’m sure.

The defensive game plan was clearly focused on stopping the run first and then shifting to pass coverage. Our problem with this is that the execution is spotty with a long stretch in the 3rd and 4th quarters of man-back or “passive” coverage leading to scores. Sarkisian said it best ”I think we need to develop an ability to play tougher, tighter, man-to-man coverage at the critical moments. Coach (Justin) Wilcox and I talked about it last night as the game was over, just about in the most critical of times, the most crucial of times, that’s when we need to be at our best, that’s when we need to be at our most aggressive. Right now that’s when we become probably our most passive. That’s an area that I think we need to improve upon and it’ll be a focal point for us moving forward.” Ok Coach I believe you! I believed this quite a few months ago to be honest and have said so.

This was a good finish to a trying year. A well fought game defending 94 plays against a good physical and talented Nebraska team ending up with just enough left to enjoy the victory. It was not a defensive masterpiece but everybody had a chance to play some and contribute which leads to a good building block for next season. Williams is gone to the NFL and I will miss watching him play and smile while doing it. Pullard leaves a great linebacker legacy and also as the career leading USC tackler…ever. Nice job by Bowman as a key contributor in the secondary and a steady hand. J.R. never left anything to doubt during his career. Great players and will be missed next season. This was a season where lack of depth showed routinely and guys got gassed and played lots of downs. All the better for next season as part of the learning of how to win championships. For our younger players coming back for next season we have excellent talent and now some hard earned experience. They know that losing sucks and only the focused and committed can win routinely. I’m in!!

Kevin Bruce played linebacker at USC from 1972-75 and was a part of two national title teams.